The Making of "Autumn"

How the winning photo of the "Negative Space" contest was made 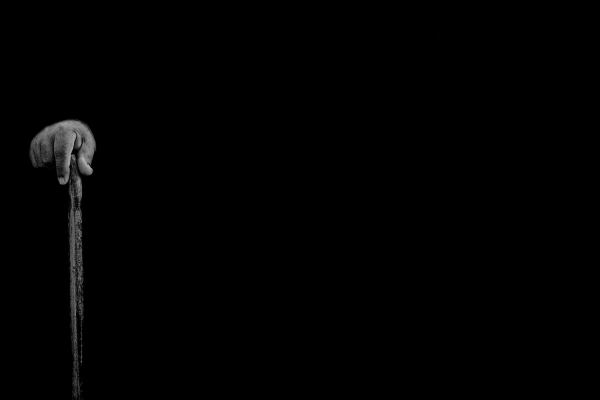 First of all, thanks to everyone who nominated and voted for my photo «Autumn». There were some quite good participants, who also deserved attention.

Negative space is an effect the creative art part of me like. And I use it quite often. It makes the elements stronger and gathers the whole focus on them. Composition is also important when we use negative space. The placement of the objects can make the picture stronger or ruin it. Mostly I use it in BW, with strong contrasts, since that in my opinion enhances the picture.

With this photo I wanted to tell about life coming to the last part, and where we dont know what the next step is, except that it gets darker.  It's like an old person, sitting and taking the last rest.

The originally photo was taken on the island of Karpathos, Greece, in a old village named Olympus. Since I do a lot of street portraits I stopped by an old man sitting outside an old building. I asked for a photo and he agreed to it. Unluckily, the shot was not to much to be happy with and since I had left the village I didn't get a second chance. 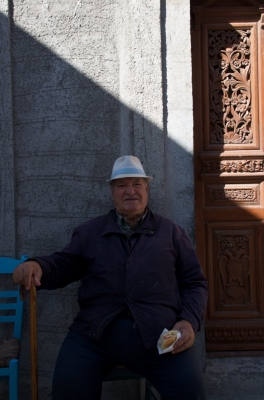 So what do you do when you have a missed shot? The alternatives are only two. You can throw it away or call upon your creativity. I took the second alternative because there were som elements in the picture which I could use.

The art part of me took over and I started to look for possibilities. I found that the hand and the walking cane was the elements to use.

In Aperture I made a crop, converted it to BW, and pulled the black and contrast button nearly to the top. Then I used the Dodge brush as hard as I could on the hand and the walking cane, and brushed the rest totally black. Then I sharpened the only elements visible and highlighted the structure.

The final result had the elements of a lived life and the Autumn of it.

It has become one of my favorite pictures:-)

What I have learned over the past years: There are often possibilities in a "bad shot", it's a lot about creativity and fantasy, so give it a try!

About the equipment: I dont think it's most the important thing always. For me it is the focus on capturing what I see, and use what I get, that matters the most.

Again, thank you all, and thanks to the PF staff for running this site in a good way.