The Making of "Cola, India" 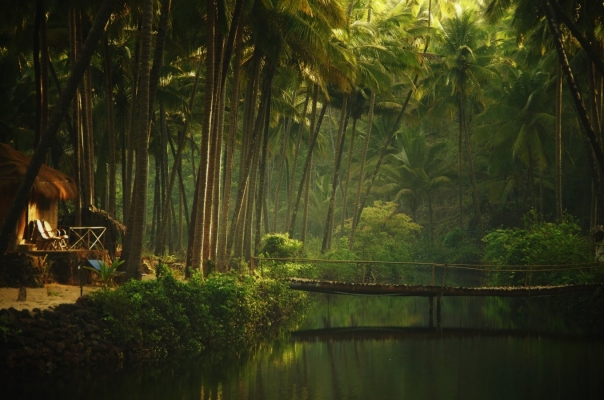 Actually, it was a vacation. On a beautiful trip from the cold Ukrainian March to the warm tropical heaven. Our first time in India, my wife and I were looking for some calm and relaxing time spent on the beaches in the South Goa district.

During two weeks we were traveling along the ocean shore, making stops in pre-booked hotels and bungalows. Naturally, I did not let my Pentax K-50 out of my hands. I used an smc Pentax-DA 18-135 mm zoom in most cases, the best budget travel lens ever, I think.

Cola caught my attention through some photos on Google maps. A hidden bay with reed bungalows near a small river - this view was very different from the huge sandy beaches of Goa. We stayed there for two nights, not in that hut on the picture exactly, but in the next one over. Here is a map of the location of this corner.

I was standing on a strip of beach with the ocean behind me when I took this image. That river or perhaps rather rivulet literally does not flows into the ocean, but is completely absorbed into the sand. Consequently, as a good feature of Cola beach, you can swim in freshwater or the salty ocean at the same place.

To be honest, this shot was almost accidental. The only thing I planned was the time. I had previously noticed the time of the day when soft sunlight would shine through the palm leaves (it is about 8 am local time). So all I did was point and shoot: after setting up Av mode and -1 exposure correction, the image was taken handheld with almost the maximum focal length (132 mm). No further cropping was done in post processing.

The other parameters were ISO 200, F5.6, 1/50 sec shutter speed (lucky me!) and multi-segment metering mode. For jpeg conversion I used PDCU5 with slight S-curve and white balance adjustment. And after that I applied two filters in Nik’s collection Color Efex Pro: warm skylight filter and darken border/lighten center. That's all! Thanks everyone for voting for my photo and special thanks to other contest participants - I am honored to have won considering the fantastic images submitted by the competitors.

Below I illustrate the development process: a screenshot of the unprocessed DNG, the jpeg after development with PDCU5 but before Nik’s filters, and the final image. 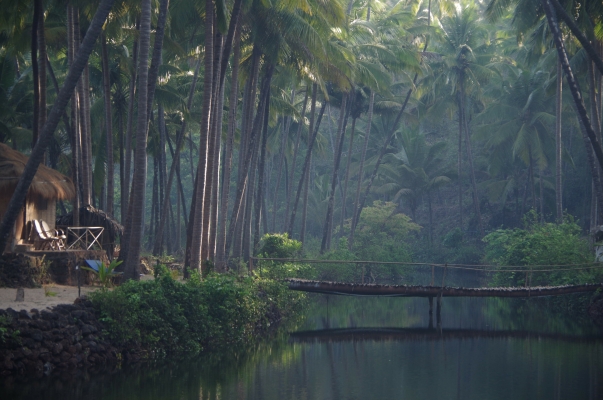 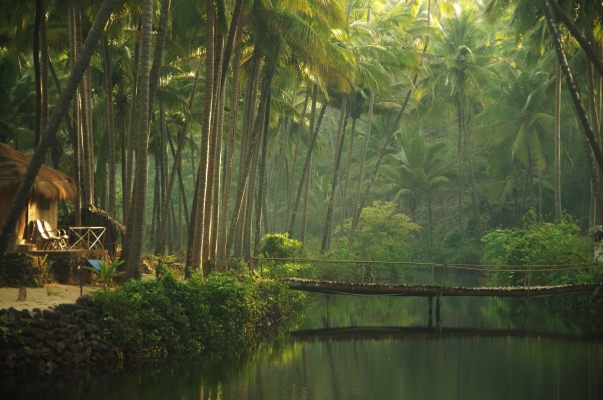 jpeg after PDCU5 but before Nik’s filters