How the winning photo of the December contest was made 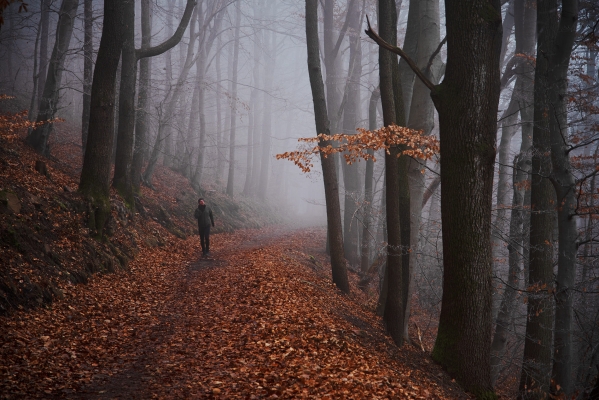 First of all, my sincere thanks to everyone who nominated and voted for my photo in December 2019's "Open Theme" contest. This is not the first monthly contest in which I participated. Before that, my photos won twice and were among the runners-up three times. But looking at the level of quality in the past two months' contests I did not hope too much to win.

Now on to how I created this picture:

I like to take pictures in the fog. Mist hides everything superfluous and can turn ordinary landscapes into grandiose spectacles. Its appearance gives me the urge to take a camera and go for a walk to take photos. The lighting is particularly effective when the fog begins to disperse and is illuminated by the sun. Unfortunately, I have as of yet never been able to catch this wonderful moment.

Fog usually forms from mid to late afternoon and often lasts until the early morning of the next day, but at the end of December there are days in our area when the fog remains all day. On one such day, December 26, 2018, I took this photograph while walking in the woods near my home in Heidelberg, Germany. When I found a picturesque tree near the road with a branch sticking out, which preserved the leaves that had not yet fallen off, I took a control photo, which seemed to me insufficiently expressive, and decided to wait a little while until someone would walk along the road to include a person in the picture. I often include a human element in landscape pictures to add context, sense of scale or a point of interest. Soon a jogger appeared on the road. When he saw me, he slowed down a bit and looked at the branch I had photographed. It was my “decisive moment” to take the picture. 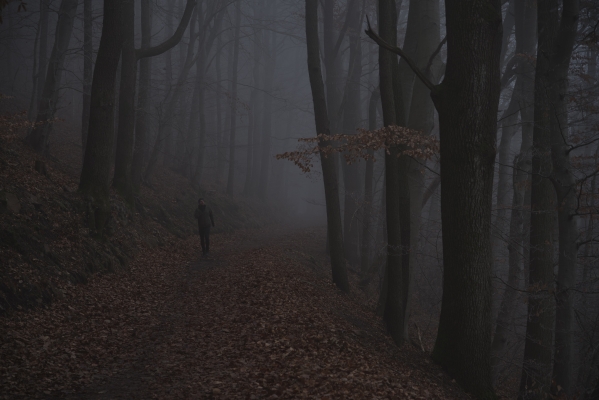 For processing I used Photoshop with Filter Viveza 2 from the Nik Collection to adjust the following (approximately):

After resizing the image to final dimensions, I applied an output sharpening with a PS action based on the "Smart Sharpen" filter.

In closing, I’d especially like to thank the staff and moderators of Pentax Forums for creating and maintaining this excellent site in a good way.