Last May I had a chance to use the Pentax 645D for some time. An opportunity I got from the Dutch representative for Pentax and my shop FotoLooman. Initially I thought I could have it for a long weekend so I was shifting with the time so that I could get it on a free weekend. I had a lot of accreditation for various sports events in that period, which is my main subject for photography. I ended up having the 645D for 15 days and had a nice set of lenses to use with it as well.

This image was taken at the European Championship Synchronized Swimming 2012 held in the Pieter van den Hoogenband Swimming Stadium, which is the National Swimming centre of The Netherlands and is located just 15 km from my home. This is an image from the final Combination (group of 10) held on the closing day for the event on Sunday evening. This is in the small pool where also the EC Diving was held, but still this is large for the 645D and the FA*645 300mm F4 lens I had for his event (this lens compares to a 160mm lens on a K-5). The image could use a 400mm lens, but I also could use more light to work with. This image was taken of the European Champion Spain, which was the favorite from the beginning of this tournament. So I practiced on some of the other teams to get my working that evening sharp for the right team.

I also had my K-5, K-01, and Q with me during that period. I made some images with K-5 and DA*300mm so as to get closer. The K-5 wins on high ISO and options, but not for capturing this part, since it was not in my hands! I used the Q to capture some movie of the game and the K-01 for capturing the interview that Spain gave after the game for Eurosport (just lurking in the mixed zone).

I also made a cover image for this trip: 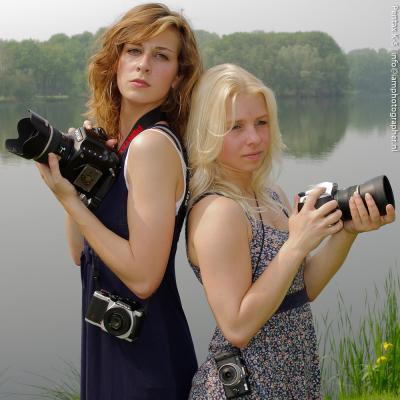