The winning image in our "Holiday Spirit" photo contest 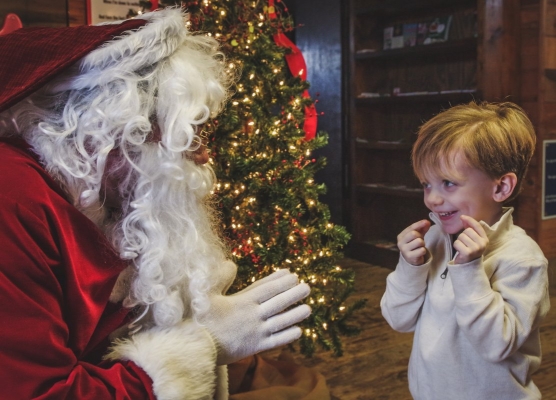 Thanks to everyone who nominated and voted for my photo "His Every Wish" in the Holiday Spirit contest. I'm relatively new to this forum and the comments I received were very kind and welcoming.

The photo itself was a candid that was captured during an extended family holiday. We took all the grandchildren to see Santa, who was in fact my wife's cousin behind the beard. The location of the photo was in an older building in the heart of the town. I was immediately concerned over light availability, as the walls were dark wood and artificial light was sparse. I had only three lens choices in my bag that day; the Sigma 17-50mm 2.8, the 35mm 2.4, or the 50mm 1.8.

While that f1.8 sure would've helped me out, the space was too small for that focal length. I had to use the Sigma to take advantage of the 17mm. So, I upped my upper ISO limit on Auto ISO, and made sure that I was shooting raw, to give me the best chance for clean noise reduction without making the photo seem plastic. After many portraits of all of the grandchildren, I could tell that my four year old son was very excited, yet very shy about telling Santa what he wanted for Christmas. Once we finally convinced him to open up, his demeanor was very sweet and his smile began to light his face. Originally, I was actually on the opposite side, but I moved to recompose, based on two issues. One, in that position I was facing a window, and the light source made the dynamic range of the shot far too wide. Two, Santa's face was showing and I preferred to compose where he was not the primary subject of the shot.

So, I quickly jumped to the other side of the shot, putting the light source and my back, and composing so that my son remained the primary subject while removing the direct interest from Santa.

In processing, I used Lightroom to adjust the following:

I pulled the highlights down a little, while bumping up the shadows, to help balance the tree lights with the darker portions of the back of the room. While it's not likely I would ever put clarity on a photo of a child, especially my son who already has very strong facial features, I did use a brush of clarity on Santa to bring out the individual hairs in the wig and age the color slightly. I think the effect worked nice. I also cropped the sign you see on the far right of the shot, and took some exposure out of the lettering to keep from stealing the focus off of the subject. Finally, I added some noise reduction, slight sharpening and +.35 in exposure to the overall shot. 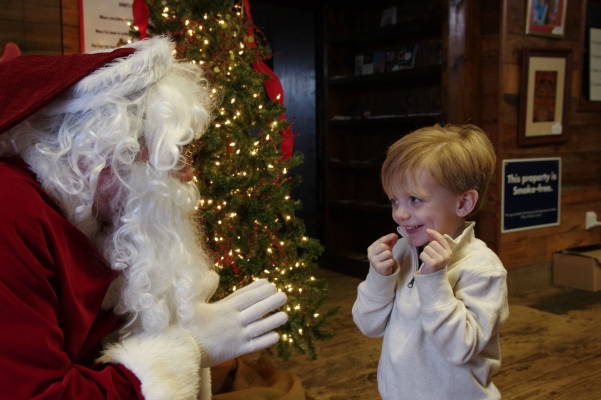 I hope you enjoyed the photo, and I look forward to competing in future contests.