The Making of "Island Hopping in the Tidal Stream" 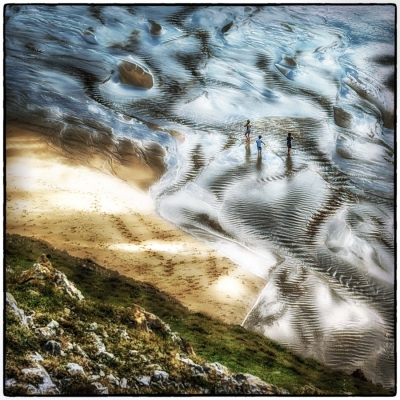 "Island Hopping in the Tidal Stream"

Winning this month came as a complete surprise I´m quite new to the Forum. My first SLR was a Pentax SF7 c1988 and I've stuck with Pentax ever since, so it means a lot for one of my pictures to be recognised amongst my Pentax peers. Thank you to everyone for your generous comments and nominations.

I was truly delighted that so many forum users enjoyed this image, as it was taken at a special place for myself and my family. This was at Easter and we always meet up with our large extended family for a walk on the Pembrokeshire coast or countryside. Pembrokeshire is truly breathtaking, and this was along a particularly photogenic part of the Coast Walk, from Bosherston (famous for its lily ponds), out onto the coastline taking in the historic St Govan´s Chapel, along east through Broadhaven Beach and onward to Barafundle (one of the loveliest isolated beaches in the world, you can only reach it on foot). 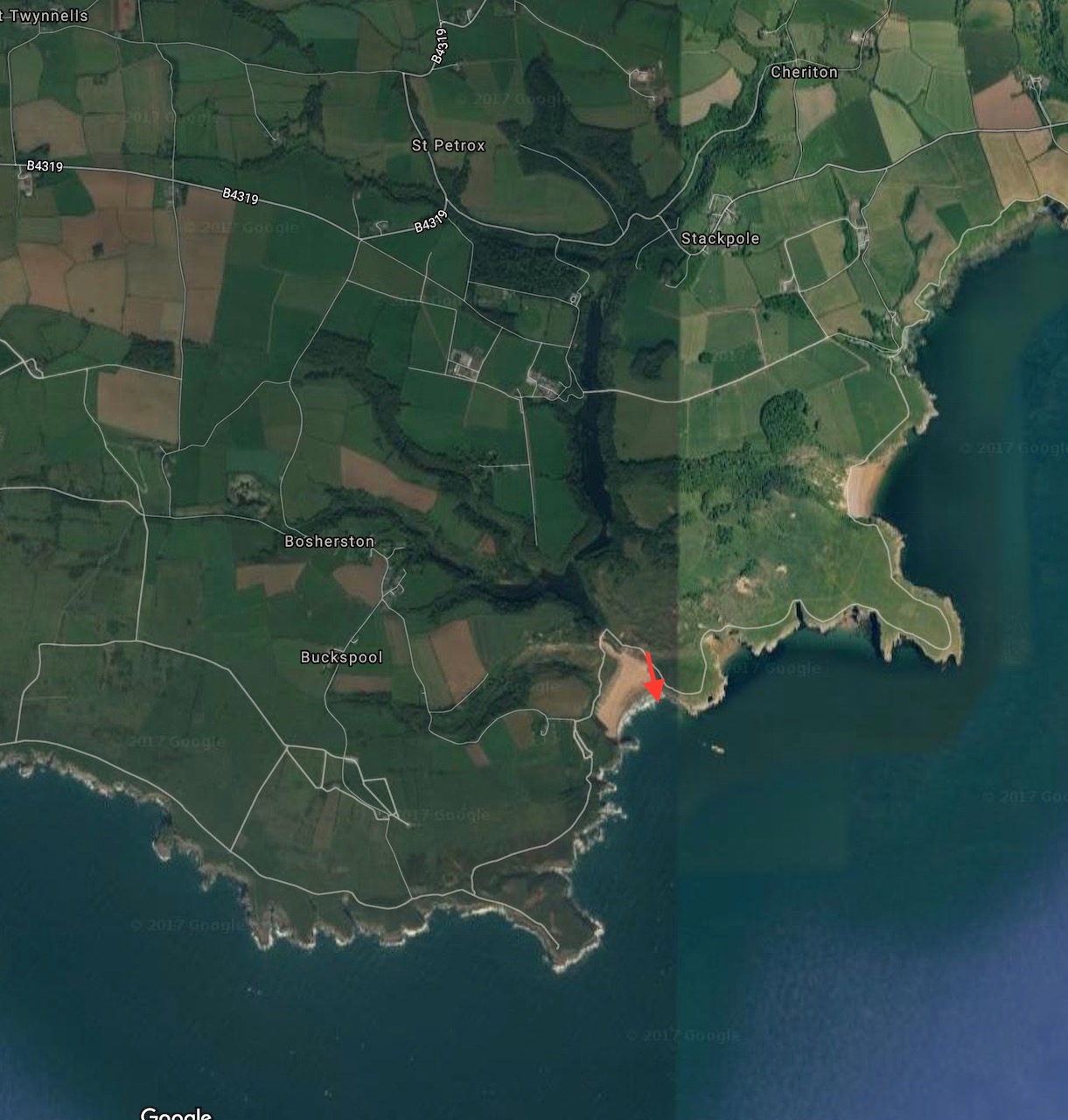 The photography was always going to be secondary to the fun that we were having, enjoying the scenery and conversation.  Our walk started shortly after midday and it was a bright, chilly early Spring afternoon.  In some of my early shots that day the sky was burned-out, so I opted for bracketing (+/-1 stop) and decided to keep this activated.  I had my Pentax K-1 and I was juggling a couple of Pentax FA telephoto lenses, the FA 28-90 mm F3.5-5.6  and an FA 80-320 mm F4.5-5.6.

As we climbed up a steep path to the east of Broadhaven I took a couple of shots of the sweep of the bay looking south west, the sunlight was quite harsh, I was sure that these would be no more than record shots of where we'd walked. 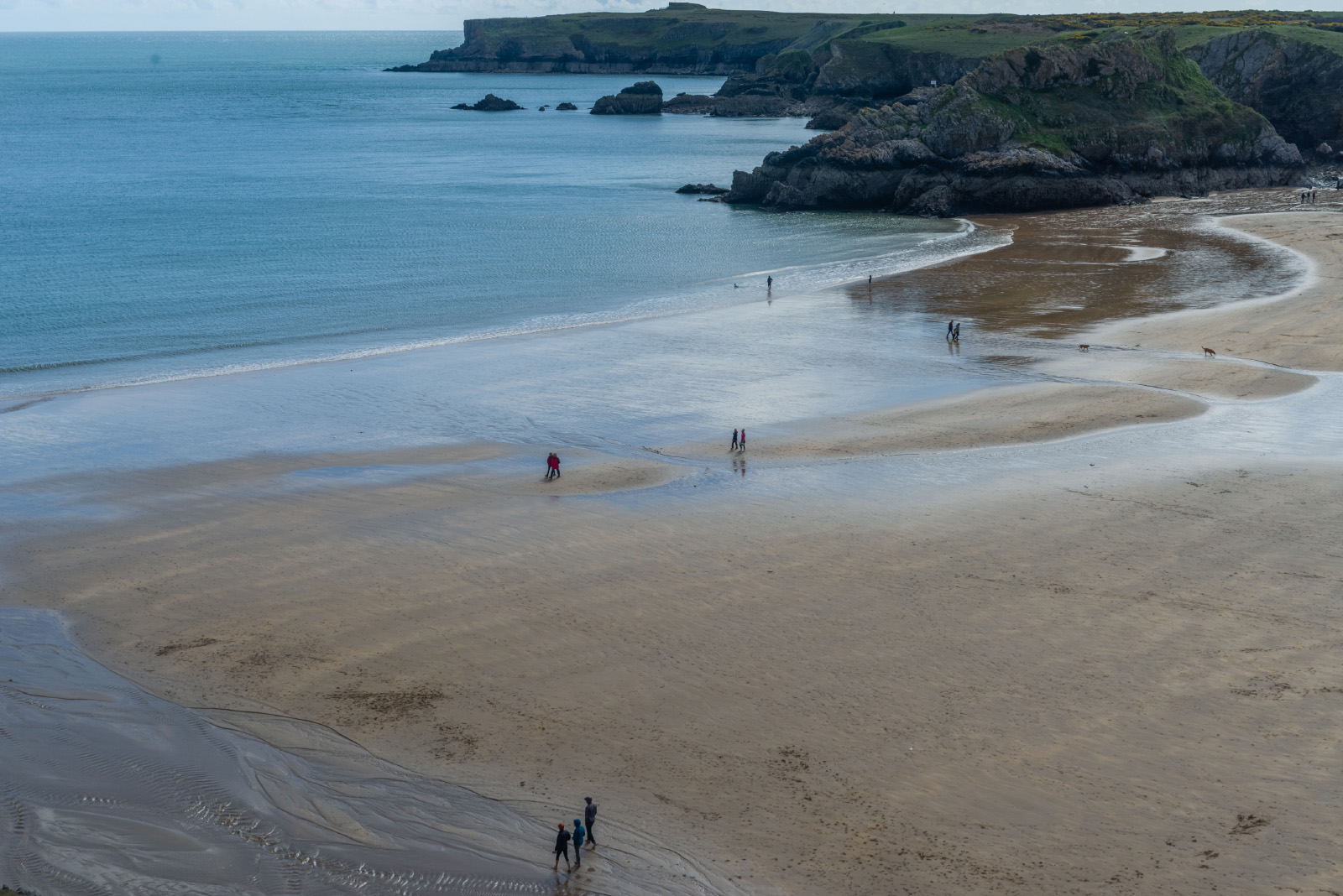 And then I spotted the children walking in the tidal stream as it flowed back to the sea.  Even though the light was far from optimal, it appeared to be catching the ripples on the water, and along with the sky reflection this provided some interesting contrast and colour. The red arrow on the map shows my approximate position and direction of the shot. 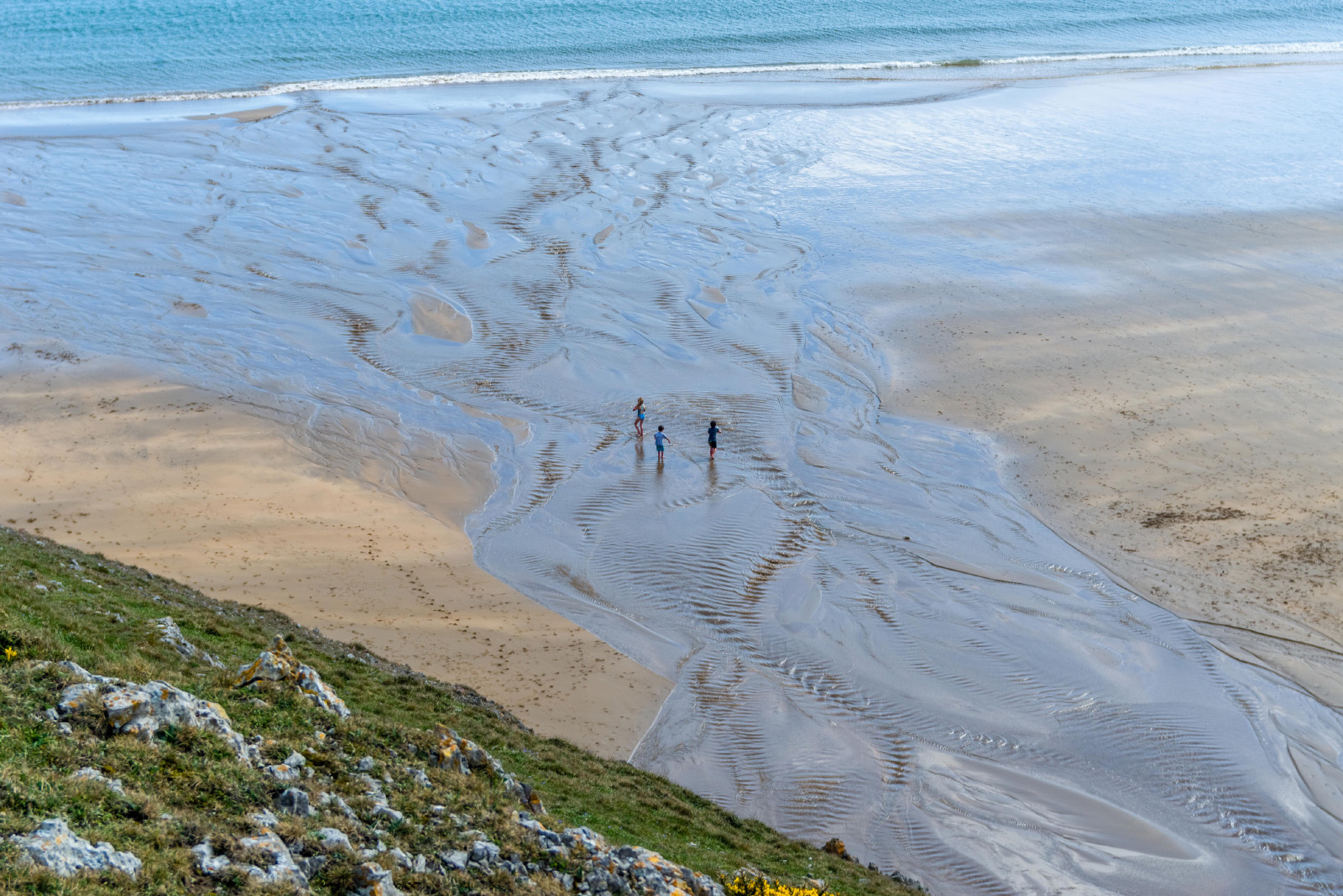 I didn't want to miss the moment by trying to switch to my longer lens.  I took a selection of bracketed shots and the one shown had the most pleasing positions for the three children in the Image.  I then changed lenses, but the kids had already moved on.

After some basic adjustments in Lightroom I decided I would see how the three bracketed images would look when taken through the Nik Collection HDR Efex Pro. 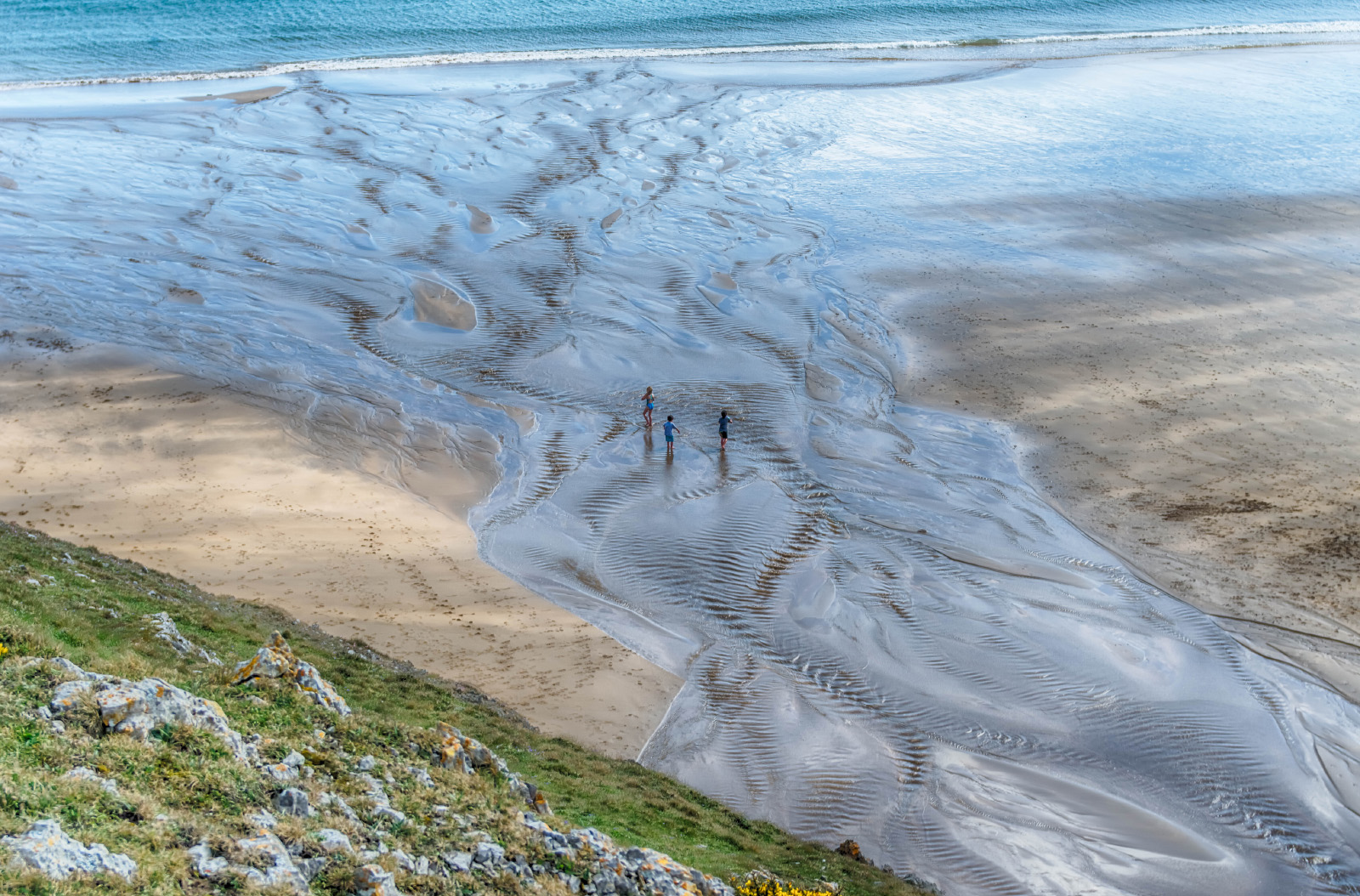 I don't use HDR all that often, yet I felt on this occasion the drama it added to the image with the added contrast and saturation was worth the risk.  The kids' arms had moved between the three images, so thank goodness for de-ghosting!  I then used a couple of other Nik tools, Viveza allowed for some dodging and burning to further enhance the contrast.  Finally I used Color Efex Pro,  specifically "contrast colour range", "tonal contrast" and "midnight" filters, and then some finishing touches including the frame. 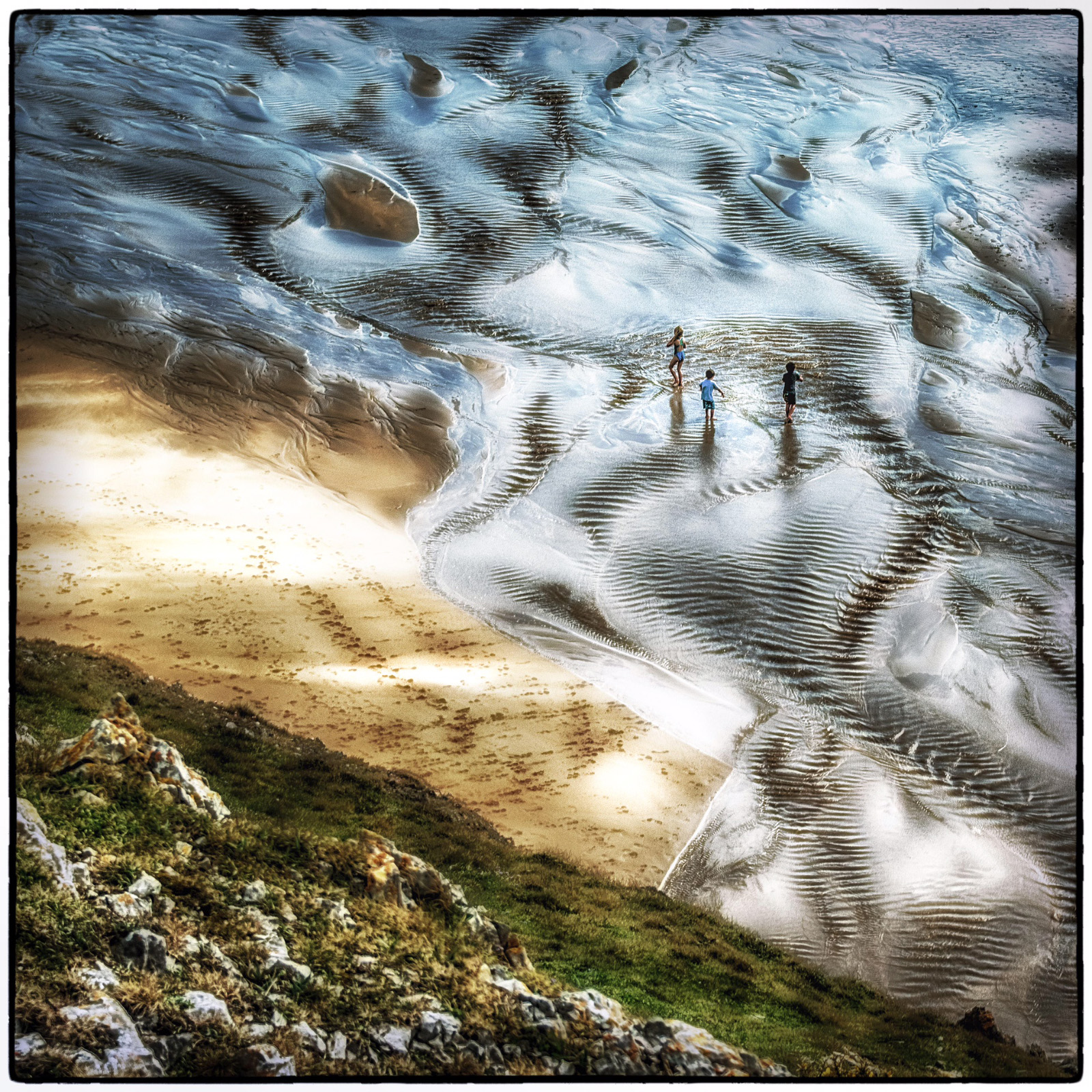 Since this was only at 90 mm it needed significant cropping.  I post most of my images on Instagram as @petedaviesphoto which no doubt influenced my square crop.  The strong diagonals work well with the 1:1 format.

I'm in the midst of a #365 project on Instagram, this was my image 107 posted on 17 April.  Shortly afterwards, I noticed the monthly competition was "flowing water" and this seemed to fit the brief whilst being rather different. The rest, as they say is history.

Thanks again for voting for my image,

The Making of "Architectural Elements"