Winner of our October, 2016 "Landscape in Monochrome" photo contest

By bulloughphotography in Photo Contests on Dec 4, 2016 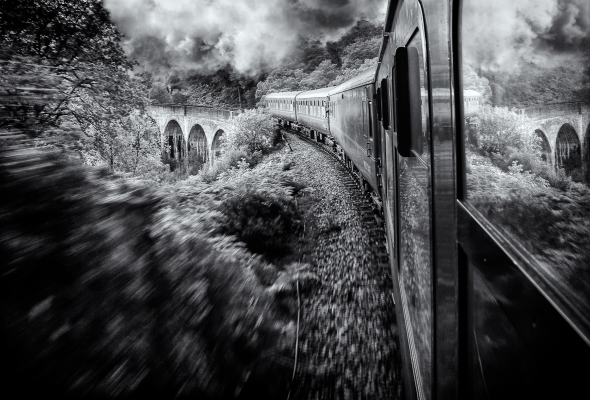 Thanks to everyone who chose this image. I appreciate it. As the description of the image says, I was hanging out the window of the Jacobite Train, in Scotland, to capture the refection and scene as the train passed over one of the historic viaducts. My family and I live in Park City, Utah, USA. This train ride was part of an adventure to the UK, where my son was able to play soccer with QPR. The entire trip was great, and the countryside was really lovely.

The image was created using a Pentax K-5, and was taken RAW, in color: 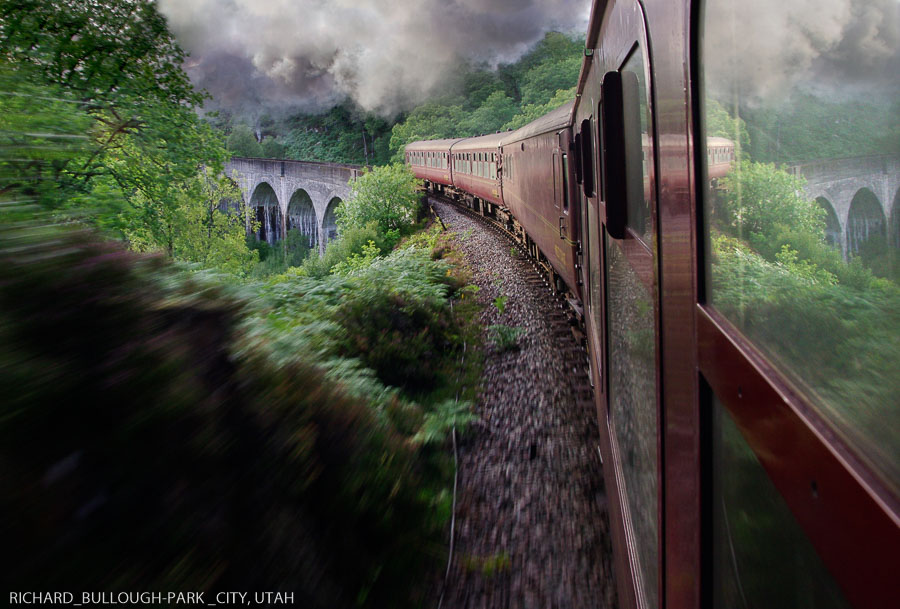 Settings were ISO 1600, f4.5, 17mm, 1/1250 seconds using a Sigma 17-70 lens. I did crop the image to approximately 24mm. In Lightroom, I dropped the highlights and brought up the shadows, and I also increased contrast. As you can see, I removed a distracting line in the train window, prior to converting to B&W. Conversion was made using Silver Efex Pro 2. After conversion, I added just a bit of contrast, but that was it.

Again, thank you for your support of this image. I have learned a lot in this forum and, I'm sure, will continue to do so.