The Making of "Kadin Bridge"

Winner of the May, 2017 "Bridges" photo contest 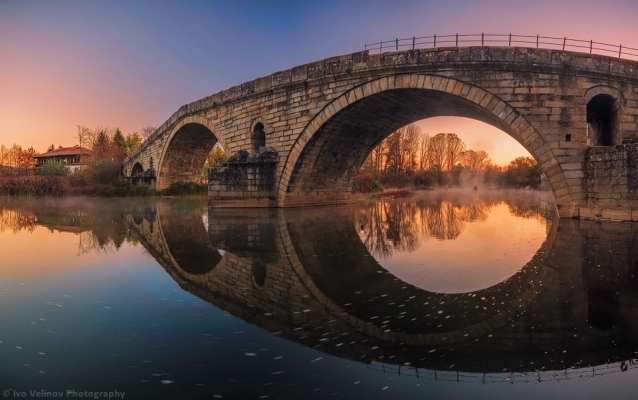 First of all thanks to everyone who nominated and voted for my photo in May 2017's "Bridges" contest. This image was taken on 29 October 2013 in Nevestino, Bulgaria.

Let me begin with a little history: Kadin Bridge (Bride’s Bridge) is an impressive architectural monument in the centre of Nevestino, Bulgaria. This is a medieval 100-meter long bridge built over the river Struma and has five circle vaults, the highest of which is in the middle. The name of the bridge “Kadin” or “of a bride” is connected to the legends concerning its building.

The first legend is about three brothers from the nearby village who were building a bridge over the river Struma, but during the night the waters of the river destroyed and swept away what had already been built during the day. The brothers did not want to be mocked and made a very difficult decision to sacrifice the wife who first brought breakfast to her husband. This was for the sake of making the bridge solid. The first wife to come was Manol’s wife. The young woman carried with one hand her first baby and with the other the breakfast and had hardly managed to say “God help” when the brothers caught her and walled her in the middle vault. While they were walling her up, she asked them to leave out her breast and make a vent for her eyes so that he could breastfeed and watch her child. That is why the bridge was called “of a bride” – in Turkish “Kadun” (later “Kadin”).

Now on to how I took and processed this picture: I went to the place before sunrise to catch that fog effect above the water. The final image is a panorama from 3 images taken with a Pentax K-3 with a Sigma 10-20mm F3.5 at ISO 100, F8, 1/4s, 13 mm. I used a slow shutter speed of 1/4s to get that flow effect of the leaves in the water.

I merged the images in Adobe Lightroom and imported the resulting merged image into Adobe Photoshop for the final edit. In Photoshop first I removed various distracting elements. Then I used Topaz Adjust to get the effect I desired. The final touches were made on the layer that was created by Topaz Adjust by using luminosity masks to decrease effect from Tppaz where was too strong.

Here is the merged image before any adjustments were made: 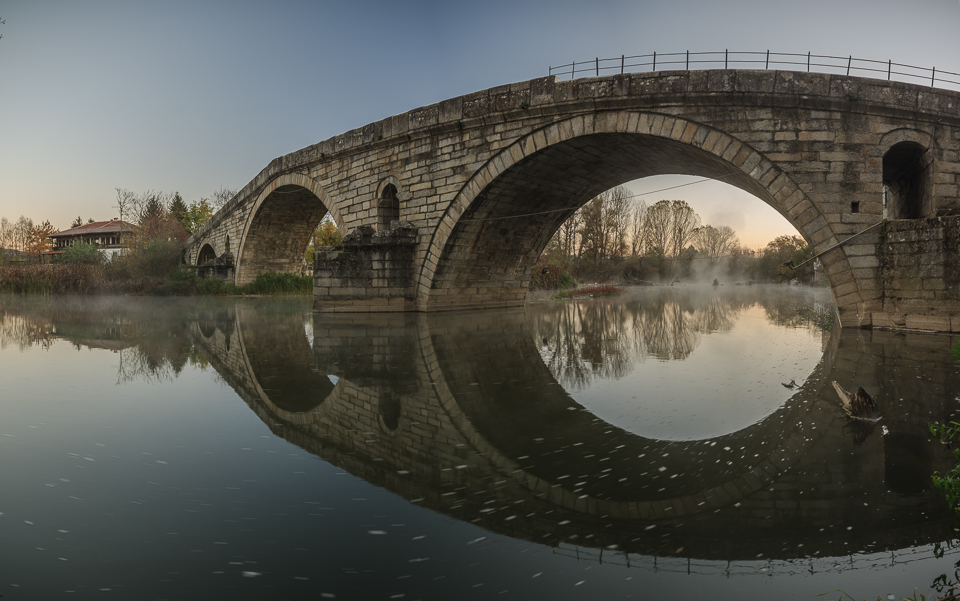 Thank you once again,