The Making of "Microburst" 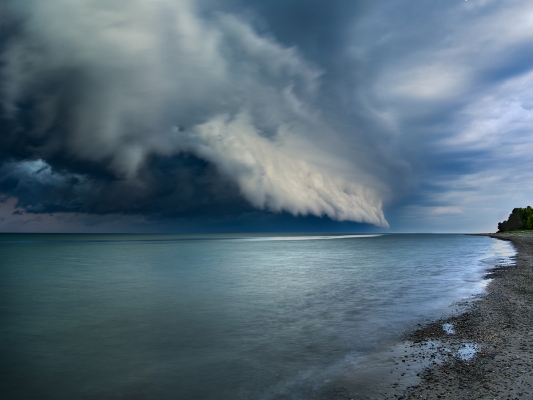 I live along the southern shore of Lake Erie, not far from Buffalo, NY. We get some interesting weather here at times and since I live on the lakeshore facing west, I often have the opportunity to see approaching weather systems.

One evening I was walking to my car in the driveway and an unusual cloud formation over the lake caught my eye. I grabbed some photo equipment and headed to the beach. I saw what appeared to be a linear front of low lying clouds rapidly (very rapidly) approaching the shore.

All images were shot using an old, heavy and very sturdy Gitzo aluminum tripod with an Arca-Swiss Z1 head. I took one shot with a Pentax 67 using the 35mm fisheye in an attempt to capture the breadth of the cloud formation: 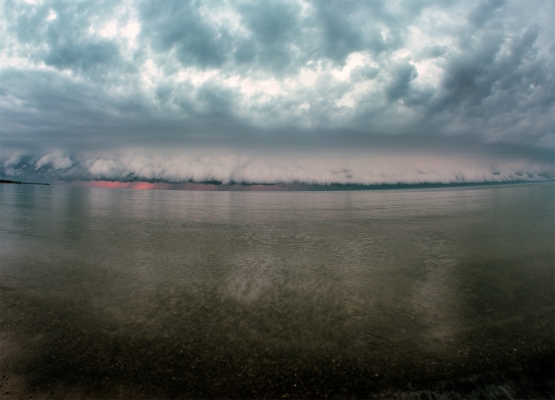 Breadth of the cloud formation, Pentax 67 with 35mm fish-eye

I next shot the approaching formation with a 75mm lens on a 645D. This image gives some idea of the view I had of this system as it sped toward me, I would estimate the speed at about 35 mph and I must admit to some concern as to what would be in this storm - hail, strong winds?? 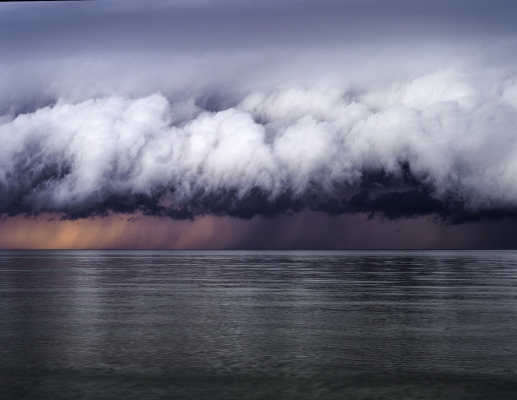 When the front reached the shore to the SW (my left) it was dramatic, but not spectacular (75mm lens): 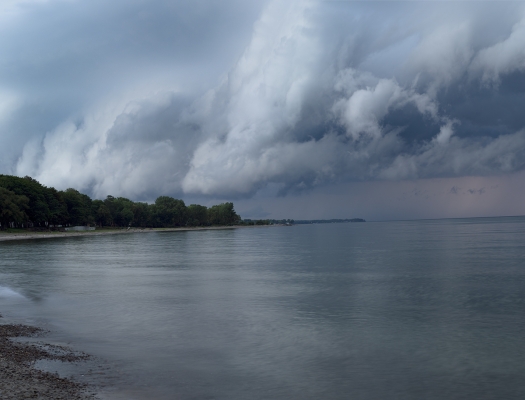 I then used a 645 35mm A to shoot the front as it approached the shore to my right. A spectacular example of a microburst, or strong downdraft occurred, pushing down on the leading edge of the clouds and producing a visible effect on the lake surface. The unprocessed image needed some post processing: 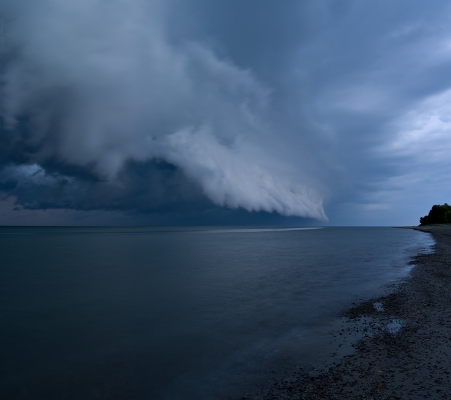 Briefly my post processing steps using layers in Photoshop 6 were:

The final result for comparison

In closing: I have been an owner and user of Pentax cameras since I bought a used Spotmatic in 1973.

The Making of "Sheikh Zayed Mosque"