The Making of "Neon Green"

When I got the phone call to join a friend to visit a local reptile exhibit I did not hesitate to say "Yes". I took two lenses, the DA 35mm Limited and my DA 55-300mm. I took many great shots that day from behind the safety of thick glass. To cut down glare and reflections on the glass I used the lens hood and put the camera right up against the glass. This also helped to stabilize the camera.

I was lucky with this shot. The lighting was well balanced and illuminated the interior display very well. 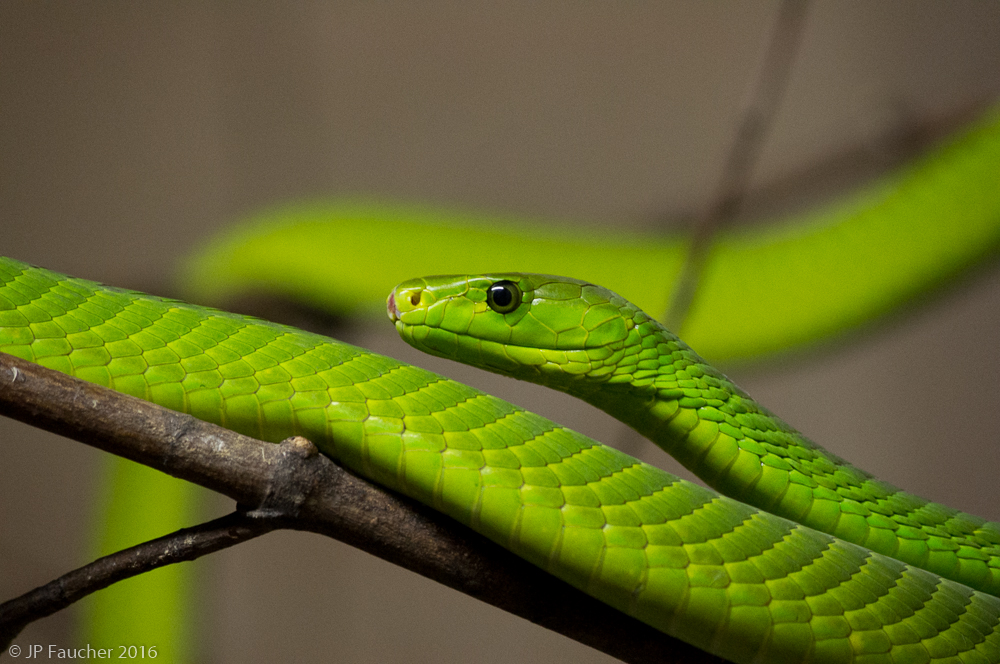 The original image shown above is not much different from the final post. There were minimal adjustments to luminescence and colour smoothing. Chromatic fix for the eyes and a graded filter on the top part of the image. And just some minor tweaks here and there.

What I wanted to achieve with the image was a real focus on the expression of the snake. Secondary focus was the detail of the scales. It was part of a much larger series of snake images that I had put up on my blog. I hoped that by cropping the image as a square it would draw the viewer's eye directly to the eye of the snake. The snake's head dominates the photo (in regards to subject matter). The neon green however, is seemingly omnipresent as it is in the centre, gently out of focus in the foreground, and a gentle large blur in the background. No doubt this image is neon green in abundance!

Another aspect of creating a 1x1 ratio was to move away from a landscape image, which seems natural for a long animal. The squaring of the image still puts the snake's eye roughly in the 'golden ratio' of an image area. The sloping lines of the body draw your eyes along the contours of the body (centre and foreground) and then softly to the background. 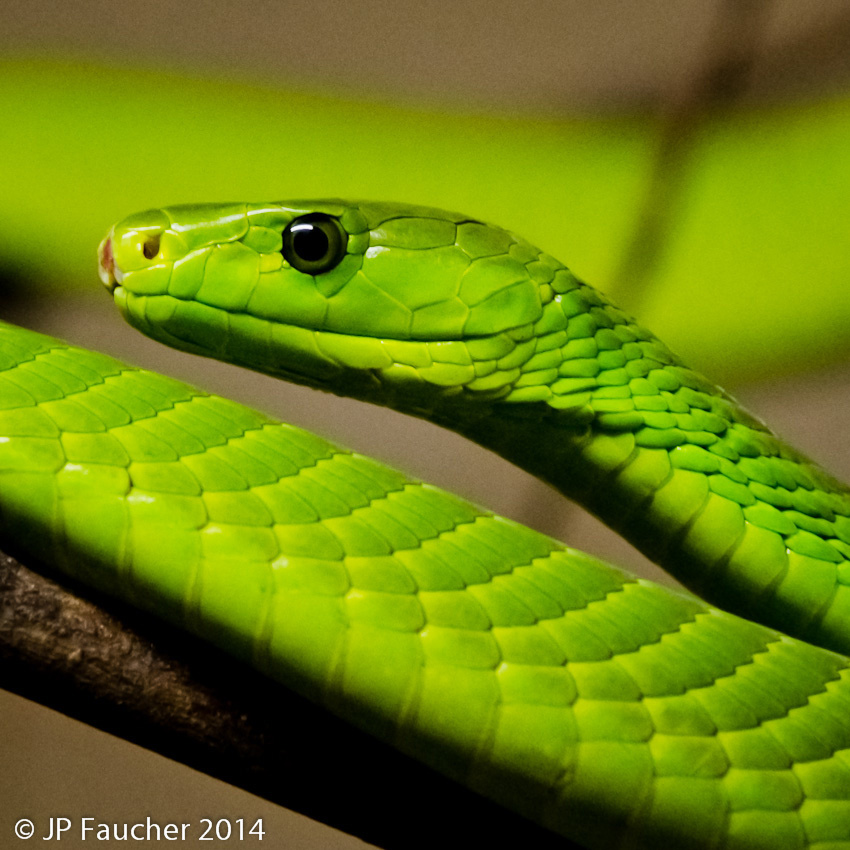 It is a great honour to have won this contest and be alongside so many great other images. I wish everyone all the best for 2017 and have a great time taking photos.