The Making Of "Phone Home"

How the winning photo of the "The Sky" contest was made

Thanks for your nominations and votes in "The Sky" contest! Here is an explanation of my photo, "Phone Home". 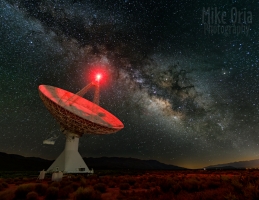 I am an avid astrophotographer, and have always preferred to use my Pentax K-3 II (with built in Astrotracer) for shooting the milky way and starry skies. I've been so pleased with the results, I had never attempted to make a night sky image using my primary landscape rig, the Pentax 645Z. That is, until this night.

My friend Miguel and I escaped the light pollution of San Francisco bay for a long weekend of astrophotography through the eastern Sierra Nevada mountains and into the Owens Valley. If you are like me and have spent your entire life looking at muted night skies over cities, please do yourself a favor and travel to a remote spot to experience the true beauty of a starry night. It is enchanting to the casual observer, and even more so for a serious photographer.

This location was first on our list. The Owens Valley Radio Observatory (OVRO) near Big Pine, California, has an impressive array of radio telescopes onsite. Access is officially restricted, but with sensible behavior including minimizing extraneous light beams, voices, and vehicle vibrations, a brief visit might be had without incident. Enter only at your own risk! We arrived hours early and waited for dark a few miles away. Later, when the milky way rose, I grabbed a few test shots to ready my camera to enter the premises. We drove closer, parked out of the way and approached the dish field quickly on foot. This particular telescope is 130 ft in diameter. The location was perfect for an alignment with the rising milky way behind the White Mountains to the East.

I selected the widest lens in my bag, the D-FA 645 25mm F4, which is a very capable lens. Although F4 would let in the most light for such a dark scene, this lens performs best when stopped down slightly, so I opted for F5. Unlike the current APS-C and FF Pentax offerings with built in astrotracer, the 645Z does not have a tracking feature, however, the high ISO performance is exceptional, so trading exposure time for ISO is reasonable. Keeping in mind the "500 rule" (500 divided by effective focal length), I knew I could not exceed a 25 second exposure and keep the stars from streaking. Moreover, the radio telescope was constantly in motion while tracking a distant body, and my test shots showed >25 seconds revealed obvious motion blur of the dish. Therefore, with time restricted to 25 seconds and max aperture at F5, I needed ISO 8,000 to get a reasonable exposure of the scene.

I shot 4 identical images with these settings to account for distant headlights, random noise and air traffic, then shot a longer 179 sec exposure at ISO 1,600 in order to get a cleaner, brighter rendering of the foreground sagebrush, just in case I decided to brighten the foreground in post. We opted not to add any light with light painting, so all illumination you see is from ambient sources. 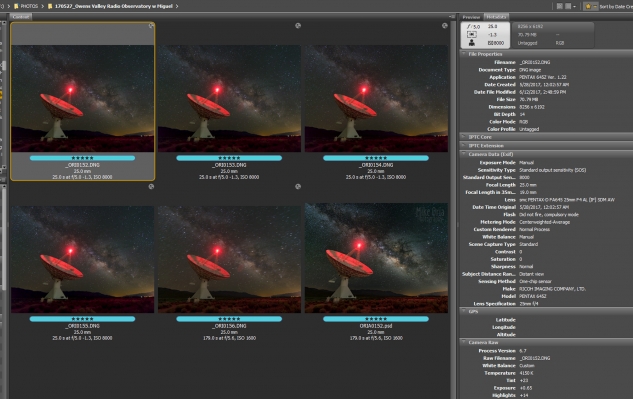 I made all processing adjustments using Adobe Camera Raw which included increasing overall contrast using the contrast, clarity, and dehaze sliders. I pulled down red saturation a little to keep from clipping. The raw sky was very clean at ISO 8,000 so I did not need any noise reduction. Here is the straight from camera RAW image: 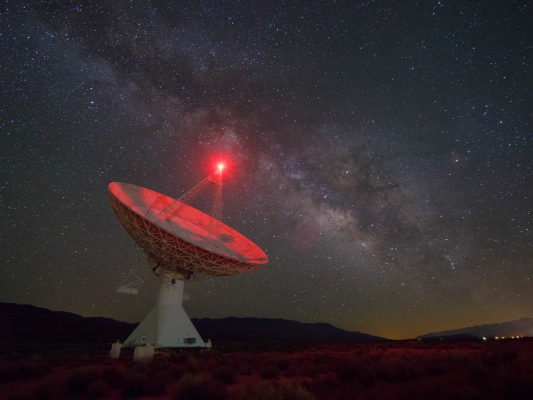 I did blend in the red sagebrush of the ISO 1,600 exposure using a layer mask along the bottom of the frame. Following all adjustments and blending of the foreground layer, here is the completed image: 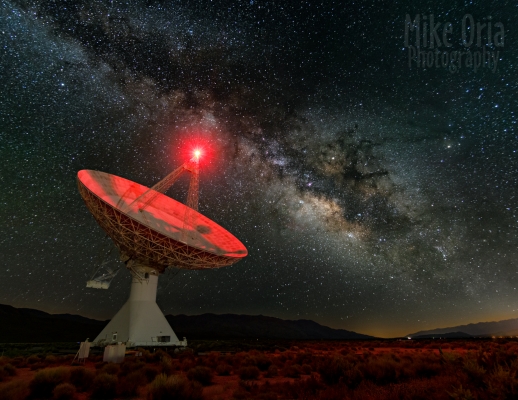 The full resolution image is 7506 x 5791 pixels. I definitely plan to use my 645Z for astrophotography again!