The Making of "Foggy Train" 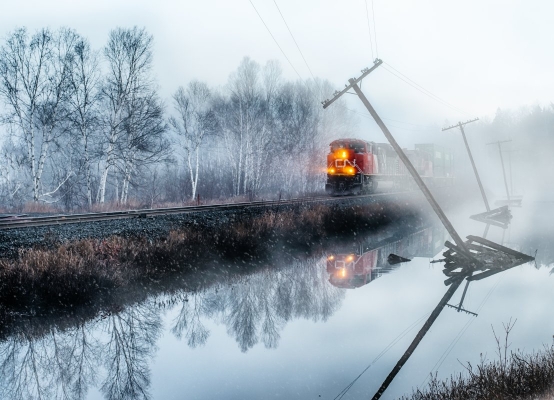 I woke up that morning and it was very foggy and snowing lightly. I remembered a location that had cool crooked telegraph poles and thought the condition would be great for that scene. When I'm out shooting landscapes I always mark on my phone the GPS coordinates of places that I like and what time the light and sun will be at certain spots in a scene. I also mark if they would be great for portraits and model work as well.

Once I arrived at the location the fog and reflections of the poles were very nice so I shot a few of those. I had with me at the time my K3 and my 645D, I used the D since it was a nice static scene and wanted the extra clarity and range the D offers. After snapping a few I got into my car and was about to leave the location. I heard the train coming and scrambled to get into position. I grabbed the 645 once again since the exposure settings were already set even that I knew that the slow frames per second burst might cost me. The train was coming at full speed and I was able to get three shots off before the head of the train had passed. I knew if I was able to nail focus the shot would be special.

I then left the location and shot a few more scenes, but was pretty excited to get home and load these ones up since they would be hard to beat. I did end up getting a few other great shot of other scenes that day like this one: 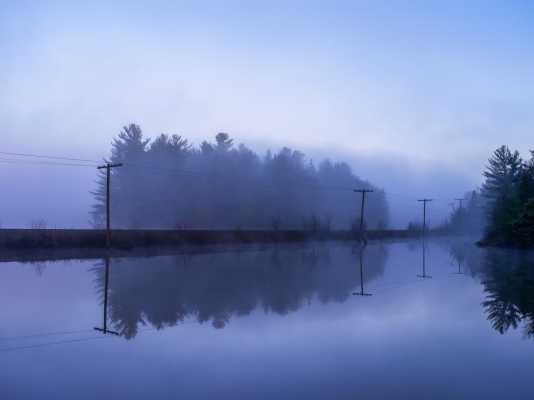 Don't we just love those productive days when every click seems to be a keeper?

Once home and loaded up, I was very happy with the shots. All in focus and pretty darn cool looking. My post processing techniques are anything but fluid and structured, I edit most images on the fly and make changes as I see fit. For this one I added some more snow, made the fog pop and added some luminosity masks. The lights on the train were enhanced as well. I gave the image an overall cooler tone and finished it off with a high pass filter to sharpen the image a tad. All that was done in Photoshop and all my slight adjustments were done in lightroom. 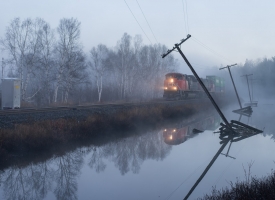 The reception of the image was overwhelming, over 5000 likes on facebook and it was the the fifth most popular image on 500px that day. I have sold 35 prints of it so far so it has been well worth the early morning shoot.

Lastly I'd like to thank everyone here who voted and left such nice comments on the thread. We have a great community and us Pentaxians are a special breed!