The Making of "Short Circuit" 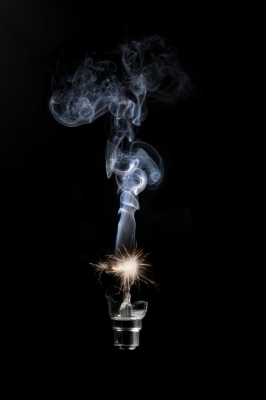 Firstly I'd like to thank everyone who voted for "Short Circuit". I am always pleased and even slightly surprised when people like my photography and it gives me a lift in a way that few other things in life do. I've returned to taking photography seriously in the last three years, having had a break for twenty years or so since shooting predominantly black and white film. It was a hobby that was proving costly in both time and money and I simply let my interest lapse.

Digital photography has been an absolute revelation in allowing me to learn with greater speed, and letting me carry out development that would have taken so long to do in a darkroom if it were even possible!

Many of you will have come across similar photographs to this on the web. I make no pretence in claiming to be original, but think it is a good idea to take inspiration from ones contemporaries; to imitate and learn. As may also be obvious I have a fascination for the surreal, for humour, and for puzzles.

All my development is from RAW using open source tools. I came across the free software movement in the early 1990's, loved the philosophy, and have tried to stick with it since. Raw to jpeg I use Rawtherapee, and for further processing I use GIMP.

My original intention was to photograph the bulb at a high shutter speed whilst lit to give the glow of the element whilst retaining some details, and blend it with a shot of the bulb once broken. It's surprising how even a delicate tap with a hammer on a lightbulb can damage the element and the supporting structure though, so it was nigh on impossible to align everything perfectly in post.

Initially I tried combining a photograph of a candle flame above the glowing element, however it just didn't convey the idea of sudden combustion, and didn't sit well with the plume of smoke. My solution was to switch to the Sigma 17-50mm F2.8 and take a long exposure in the dark whilst sparking a cigarette lighter. Quite a lot of light is generated by a flint, and I had to stop down to F16 to retain definition in the sparks while still keeping the shutter open long enough to get the capture.

So the final image is a combination of seven photographs 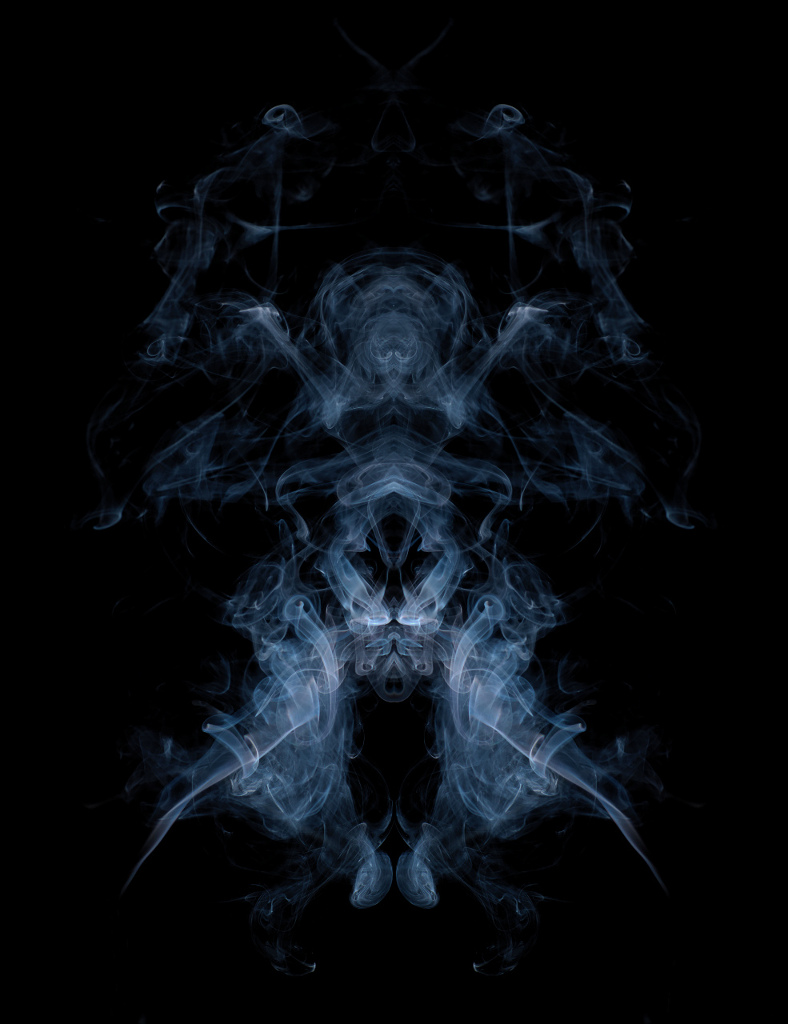 As an aside a lot of fun can be had photographing incense smoke. The human brain will see organic shapes inside symmetrical patterns. Reflecting the complex whorls of smoke can create images in which people will see all manner of things.

The photos of the bayonet mount and the broken bulb were taken with the same exposure allowing me to save the processing profile from one in Rawtherapee to use in the second, thus giving me very similar images to blend. Each were lit with a speedlight at 45 degrees and a white reflector opposite. I had taken each of these photographs (apart from the sparks) in front of both light and dark backgrounds, but the smoke gave most interesting patterns and colours with a black background, and the strong contrast conveyed a sudden event more effectively.

Layers were blended together with GIMP using layer masks to allow fine control over the blending and the opacity of the sparks reduced a little. Once I was happy with the blended layers I flattened the image and applied a high pass filter to sharpen a little and that's it.

I hope I've given a little laugh here and there. I certainly had fun in creating this image, and don't feel at all guilty in breaking a lightbulb in the process.