The Making of "Stone Chairs"

How the winning image of our September, 2017 "Repeating Patterns" photo contest was made

Hi to all Pentaxians and a special thanks to those of you who voted for my photo. I was nicely surprised to find that the photo I proposed got all this attention since it is a bit "flat"! 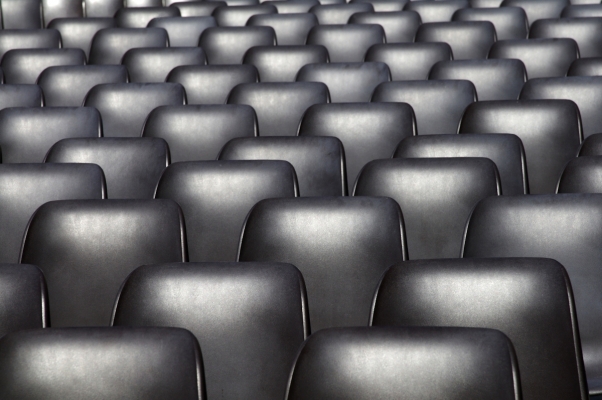 Anyway, a long long time ago, just after the battle of Dantooine, there was a time in which I took photos especially during the week ends, walking around the city searching for something interesting. My camera was a Pentax K-7 with an smc Pentax-FA 80-320mm F4.5-5.6 lens. I arrived around 10:30 AM at a place prepared for a night projection of a film, it was summer and a sunny day. The black seats were just positioned so they were nicely lined up and cleaned: 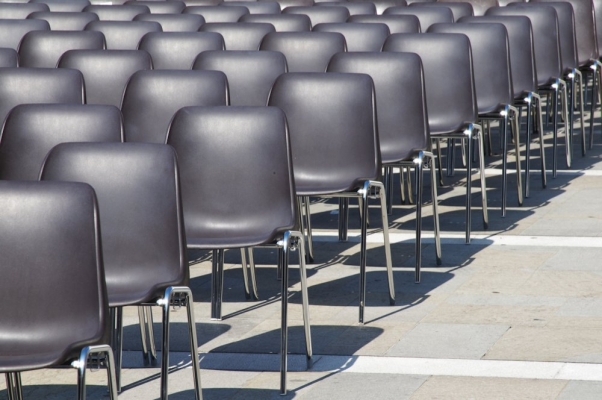 I began walking around, searching for a good perspective or some nice play of shadows, plastic and metal. I shot about ten images, paying attention to not burn the white reflex and trying to increase the DOF using a small aperture (the shutter speed wasn't a problem with a full sun). Here are two of the images which I discarded:

During the shoot I visualize the final effect, I wanted a bit more contrast with the deep black that I like.

A that time I did not have a good method to organize the images, so I reduced the original to 3000px max length and did not save the original after post production (I know, the dark side was strong in me).

I don't normally use an elaborate post processing process. Just level, contrast, and a bit of saturation. In this case I probably only used the level regulation. No saturation touch-up was required because the subject was "naturally" in B&W (click the screen shot to enlarge): 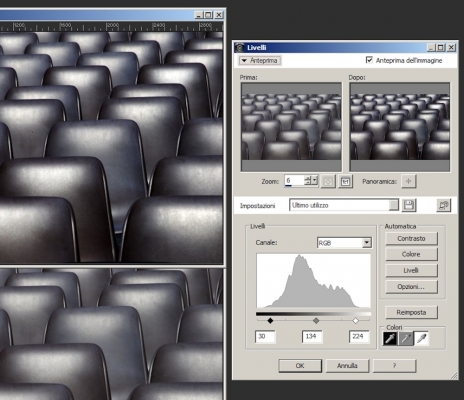 Someone noted that the definition in upper left corner isn't good: the problem is that I was near the first row of seats and therefore relatively distant from the last row. Add to that a less than perfect lens and perhaps focus was off too.

What I like in the final image is that can be taken for something else, or give a sense of different perspective (in a comment someone thought that the view was from the back, but it is from the front of the seats).

So that's all folks. I hope this simple image will invite you to go out and search for something strange to shoot!

Have nice light, as we say in Italy.