The Making of "Sunset Flight" 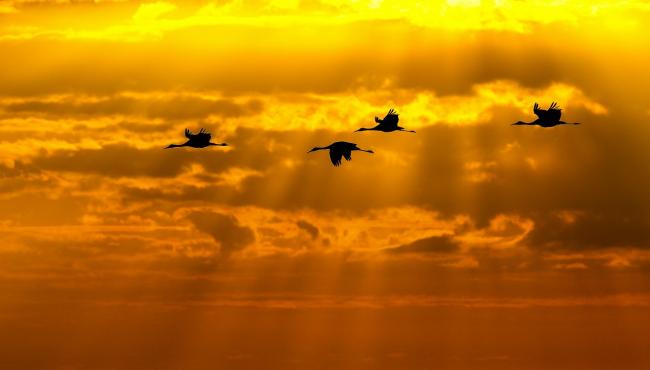 I love photographing wildlife and birds in particular. This photo was obtained with lots of luck from the god who watches over all photographers.

Alachua Sink in central Florida is known for its large flock of wintering Sandhill Cranes.  I had just purchased the smc Pentax DA* 300mm and was anxious to give it a workout.  We spent several days scouting the area and taking lots of photos at different times of the day.  Finally, the birds, the setting sun with its attendant rays all came together for this image.  All I had to do was wait.

I rarely use a tripod for flying birds; just never quite got the hang of it.  I use TAv mode so that my shutter speed stays where I want it.  Metering off the brightest area in the sky, I underexposed one step to bring up the colors in the clouds while keeping the shutter speed at 1/1000s to prevent blur.  I set the shutter to continuous mode high.

Keeping my finger on the shutter, I began firing just before the birds entered the scene and kept going until they had landed.  Lots of the shots ended up in the trash of course.  Again, luck gave me a group of three birds whose wings were in pretty much the same position with fourth bird as odd man out to make the whole group interesting.

Below is a comparison between crops of the unprocessed image and the final image: 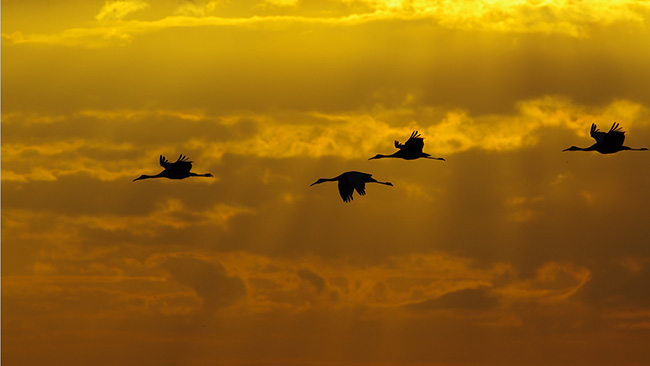 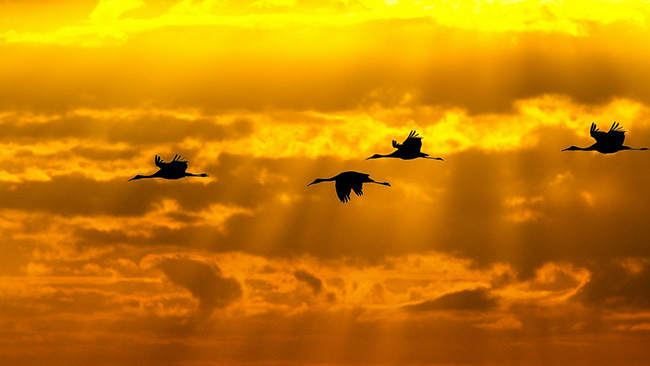