The Making of "The End"

The winning image in our "Junk" photo contest

Thank you all for your comments, nominations and votes. Some are funny; some are very flattering. Special thanks to Marc H. for his long analysis. 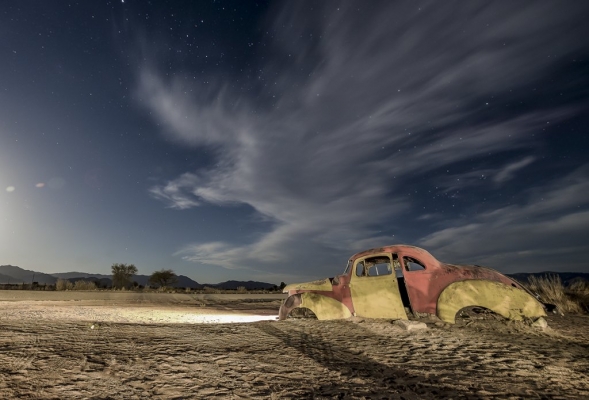 I took this photo during an extraordinary journey in Namibia. This place is called "SOLITAIRE". There is only one lodge, one restaurant and one gas station.

My intention when I started this series of pictures was to shoot the Milky Way with a special foreground (the car). But the moon and some clouds were also present.

After the first shot I realized that the clouds formed some sort of a gloomy bird. My bad luck, moon + clouds, became a chance for a special photo. Even the flare and the halo "round off" the movement  of the "cloud bird."

My equipment was a Pentax K-3 with a Samyang 10mm F2.8 super wide angle lens.

To achieve the final image, I used 2 photos (click a thumbnail to enlarge and browse).

I will disappoint some, but I did not have time to work the light. A big voice said to me: "Hey guy, I am the Great Cloud Death Angel and I am not waiting for you, poor little amateur".

All light came from the moon, from the lodge behind me, and from an electric bulb installed to mimic the car's headlights. This explains the presence of the shadows and that the light from the headlights is a bit washed out.

For post-production I first worked both images simultaneously with Adobe Camera Raw. No big adjustments were made. I just adjusted the white balance, pulled back the highlights, and adjusted contrast, gain, noise, etc.

Then, I stacked the images in Photoshop, erased the stars and the upper part of the image "without O-GPS" and generated a TIFF file for further work.

I edited the TIFF file with Camera Raw. I reduced the color saturation, specifically for this contest "Junk", and then worked to remove some elements that I found bothersome that included:

Finally I cropped the image (thank you K-3 for a generous 24MP) to delete the moon, which was really too dominant as it was overexposed. Removing the moon also balanced the other objects better in the frame.Here is a picture of the site to help you better understand how the photo was created (click to enlarge): 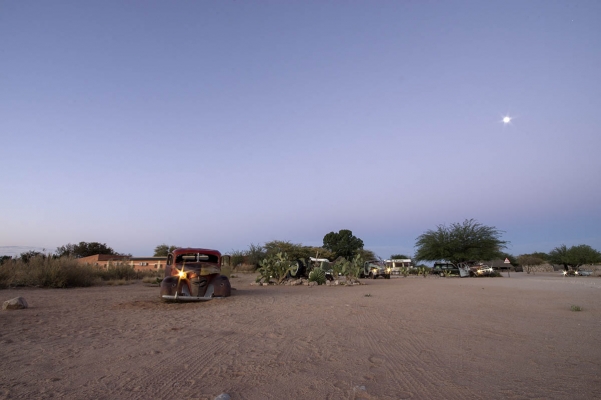 As a bonus: A Chevy Pickup shot the same night. I like this photo a lot because of the shadow of my  K-3 plus Sirui T-025 tripod (click to enlarge): 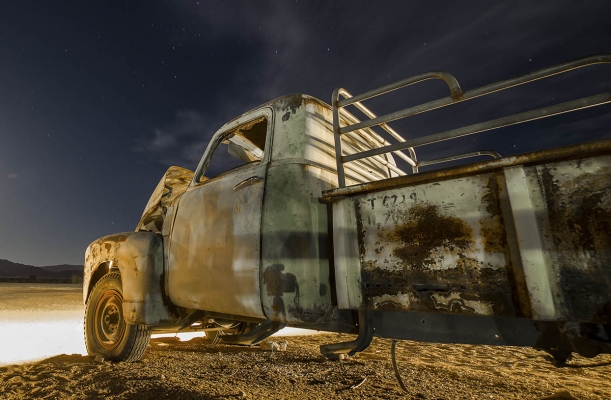