How the winning photo of the April contest was made 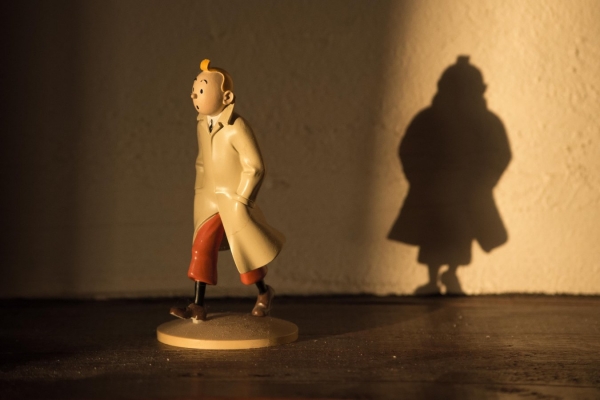 "The Shade of Tin Tin"

Hello to all Pentaxians and thank you for your votes!

My name is Claude and if I am also called OLDPEN, it is because I have been using Pentax for 45 years; in fact, as I love birds, I called myself old feather but my bad English has translated this into old pen. In short, I started with a Voigtländer, then  the K-1000, ME, ME super, MX, SF-7, K-5, and the K-1. In addition to modern lenses, I also like to use and test a multitude of old Pentax compatible lenses.

NOTE: the Tintin image being protected, and although the figurine and the photo belong to me, I asked the company that manages Hergé’s artistic heritage, the Tintin’s father, if there was a downside to participating in a contest: no, but the photo must remain within the scope of this site!

As far as photography is concerned, I like to take all types of photos (nature, city, urbex) and I try to use the wonderful possibilities that the already old Adobe Photoshop Elements 11 editor gives me.

As I have already participated several times, the images will tell more.

Regarding the story of my photo, I had little to do with it! It was the rising sun that created this composition on the chimney! It was six O'clock in April, the sight made me say wow! I took what I had on hand: a Pentax K-5 with a Tamron 70-200mm F2.8 lens; five minutes later, the magic was gone.

I did no convoluted post-processing: I just did a simple cropping and probably some basic settings without keeping the raw file (the photo is from 2016). 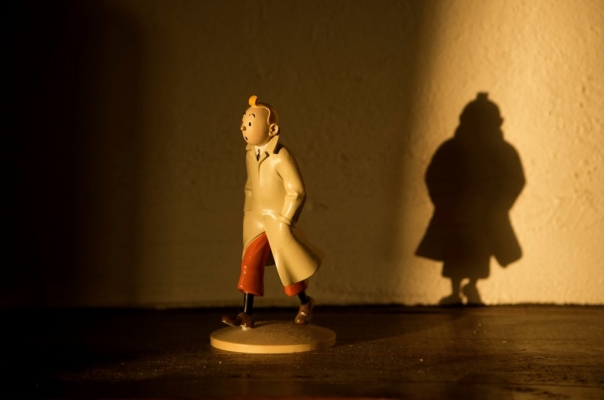 If I should do my own critique, I would say:

I cropped the photo because I found that the character was too central. However, the mostly black part on the left is not unpleasant, so perhaps I should have left it. It is up to you to judge.

I also have a K-1 (a bomb with the Tamron!!). If I had used it, it would have allowed me to open the aperture more and improve the shadow, but the moment of opportunity would have been gone.

I am well aware that the nice character of Tintin has done a lot for my success!