The Making of "The Spider Constellation"

How the winning photo of the "Spiders" contest was made 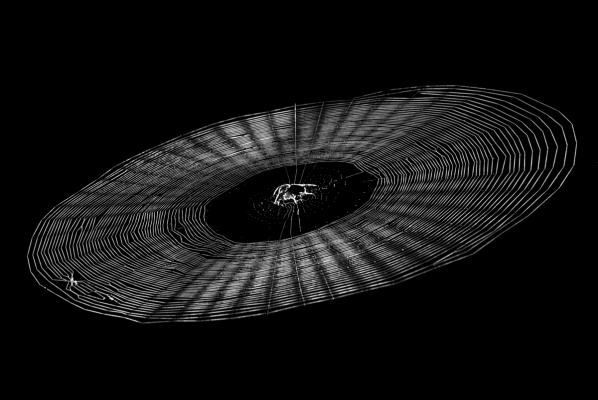 I'd like to send a big thanks to all who nominated and voted for my entry to July's monthly photo contest "Spiders." And congratulations to PRS and Rense. My Spider Constellation barely squeaked by to first place. There were a lot of great spider photos to look at and nominate last month.

I noticed this spider's web in my garage one late afternoon in August of last year. It was too dark to photograph that late in the day but planned to get set up the next morning.

The web was near a window that the sun should shine through and thus light it up. The next morning I sat up my tripod as close to the web as I could with the point of view I thought would look best. I was not able to get as close as I'd have liked because the riding lawn mower the web was attached to was in the way.

I attached my K-1 Mark II with the D FA 100mm Macro WR to the tripod and took a few test shots while I waited for the sun to shine through the window and onto the web. While I waited the spider came out from behind the lawn mower and climbed up to the center of the web. What luck.

Eventually the sun did its part and lit up the spider and its web. I took four or five shots bracketing the exposure. The image that looked best to me had an exposure setting of 1/20, f/11, with ISO set at 250. I'd love to tell you of all the masterful steps I had to take in post in order to end up with the final photo, but I can't. It was pretty straight forward. I cropped and rotated the image, converted to B&W, increased contrast a lot and removed the straight lines of web anchoring the "constellation." That was it.

Again, thanks to all who liked my image enough to vote for it. Very much appreciated. The unprocessed straight out of camera image looks like this: 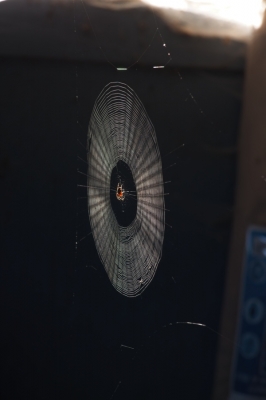