The Making of "Traditional Cavalry"

How the winning photo of the "Action" contest was made 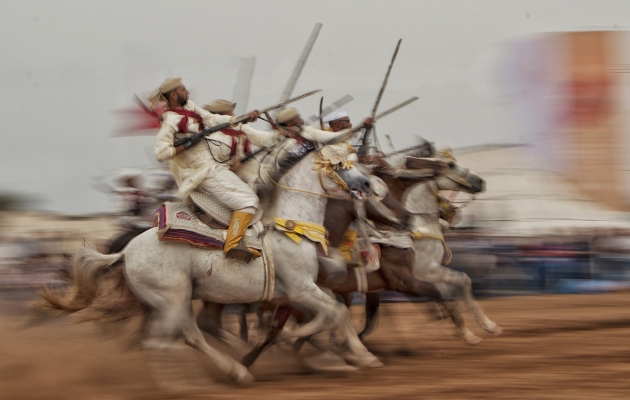 First thank you very much everyone who voted for me in this photo contest. I am exited by this result, and I also want to thank the organizers and administrators. I'm an amateur photographer and a member of the "PHOTO CLUB AGADIR" located in Morocco in the city of Agadir.

In July of 2018 I was at the FANTASIA festival in the south of Morocco. This festival hosts traditional cavalry competitions and I took some great pictures with my PENTAX K200D camera and these lenses: smc PENTAX-DA 50-200 F4-5.6 ED and smc PENTAX-DA 18-55 F3.5-5.6 AL.

I chose the image above as my entry in this contest "Action". It was shot with the DA 50-200mm lens and the following settings:

I visited the festival with my friends from the photography club. I did not have any prior experience in taking pictures of this kind of action, but I made the decision to try. I took a lot of pictures without success, but after half an hour I understood how to adjust my PENTAX K200D body:

But I did not have a tripod, so I missed a lot of pictures by not getting the subject as clear as I wanted since I was following the movement with the camera directly in my hands. Without a tripod it was difficult to keep it stable with a long exposure time even with the DSLR stabilizer activated which has otherwise served me well. So I switched method and followed the movement of the subject with my trunk. 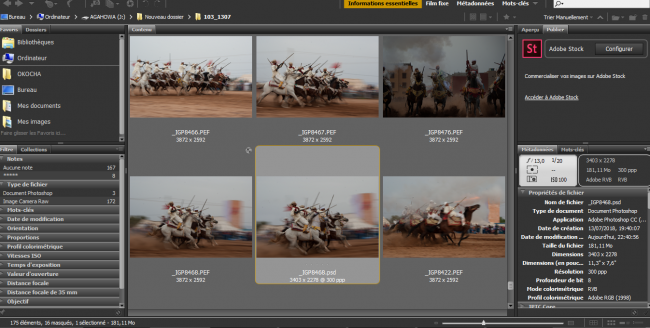 During post-processing, after making the basic adjustments and correcting the histogram in the Adobe Camera Raw module, I concentrated on limiting the motion blur, but accentuated it a little on the head of the horse at the front. 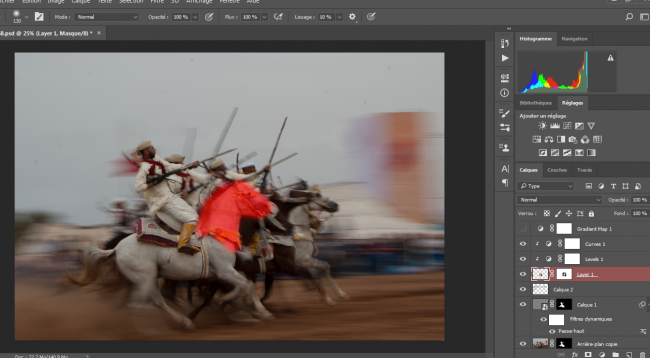 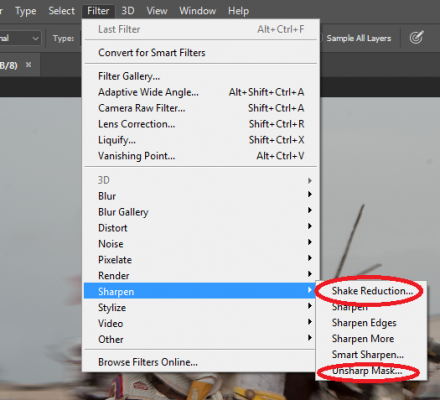 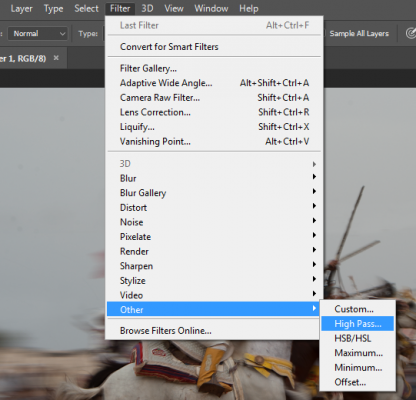 And then I removed the wires in the background with the healing brush tool: 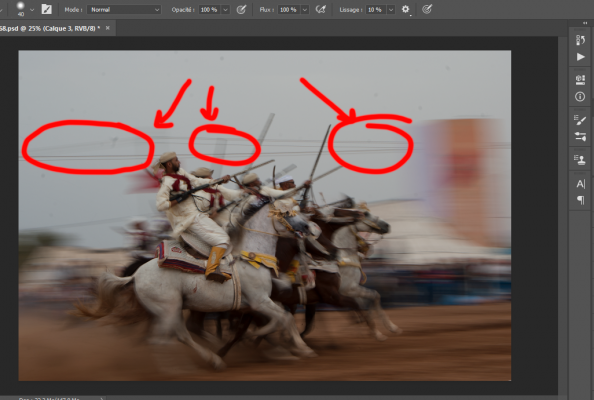 And finally I adjusted the colors with the adjustment layer “Gradient Map".