The Making of "Window to the Pacific"

How the winning photo of the "Sunset" contest was made 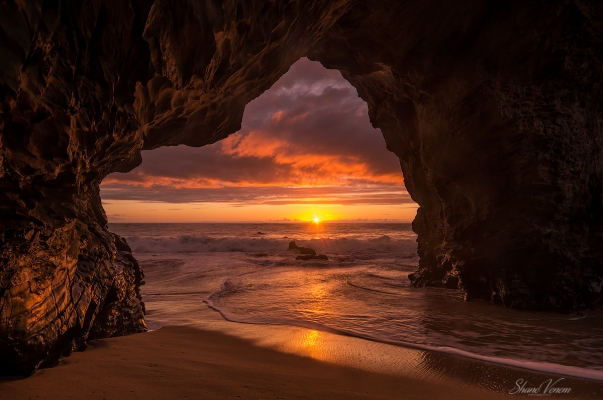 "Window to the Pacific"

Window to the Pacific was photographed at Panther beach near the coastal town of Davenport, California just north of Santa Cruz. As it happens, one of the California wildfires is burning very near there and the town and much of the local area has been evacuated. Many locals have lost their homes in this fire. The area has been engulfed in haze and smoke for about a week. It is just in the last day or two that the air has been improving.

As I live in the area, this beach is a frequent destination. I’ve been coming here for years, but never really made a serious attempt at a shot through the arch. The sun only lines up through the arch near the winter solstice, so opportunities where conditions are good enough are scarce, and there’s generally people constantly running through the arch and leaving footprints, etc. so I usually just shot in other areas of the beach.

In 2019 I happened to take a few shots through the arch that intrigued me, so I planned on trying a shot in 2020 when the sun lined up. But of course, when the time came, conditions never played out, and I had almost given up on the shot, until this day, January 20, when I stopped by the beach after a rainstorm. The rain had chased all the people away, so I had the whole beach to myself. The light started to look good as well as the sun started setting. By this date in January, the sun had already started setting more and more to the right of the arch center with each passing day, so I had to set up scrunched up against the left cliff wall in order to get the sun reasonably centered.

The camera was a Pentax K-5, lens was a Sigma 10-20mm set at 13mm on top of a Manfrotto 055Xprob, which is a great tripod for seascapes because it breaks down easily for cleaning when the sand inevitably gets in the legs. The camera was low to the ground and I fired off bracketed shots as the sun set as the dynamic range of the scene was quite extreme.

In processing the photo, I originally intended on doing two camera raw versions of the same shot, one to lighten the cliff walls and foreground and one for the scene through the arch of the sky and water and blending them, but as I got into processing, I noticed some detail-killing noise on the cliff wall in the darkest portions of the raw file. So I brought in one of the bracketed shots that was a couple of stops brighter and blended in those parts of the cliff wall from that shot. 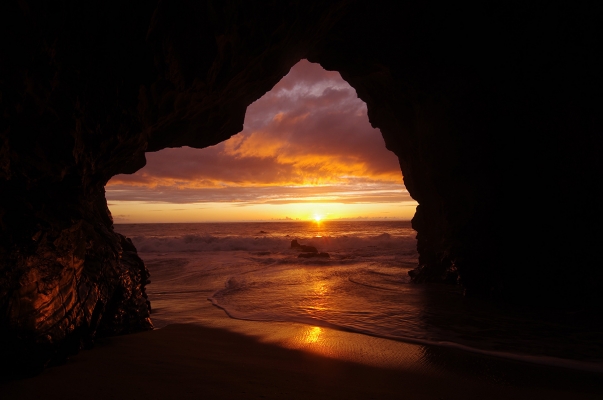 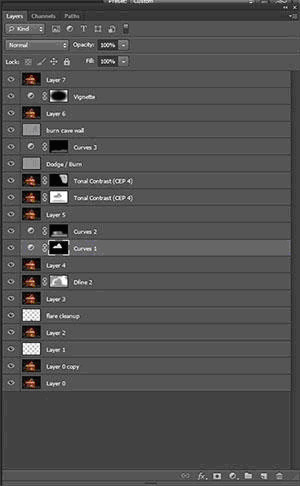 I cleaned up some lens flare with the clone stamp tool, ran some Nik Dfine noise reduction, primarily on the cliff wall, balanced the tones of the cliff and foreground using curves adjustment layers through luminosity masks, brought out some fine detail in the clouds and cliff using Niks Tonal Control filter, did a little dodging and burning, and finished with a vignette and sharpening. For web sharpening I just use Tony Kuyper’s sharpening action.

Thanks everyone for making this shot my first contest winner.