But where is Pentax at? An editorial

Some crazy deals on full-frame camera have been announced this week, and when we say crazy, we aren't kidding!  As much as we hate to promote cameras from the competition to our community, these deals are so good that we can honestly recommend these cameras for any enthusiast that has been waiting for months, if not years, to get a full-frame.  Some of these cameras are now priced lower than Canon and Pentax APS-C DSLRs were last Christmas!  First we examine the deals, and then, more importantly, we offer some commentary about what all of this means for the camera industry.

Let's take a look at the deals:

First is the Nikon D600, which is Nikon's entry-level 24-megapixel full-frame, launched in October and targeted mostly at enthusiasts.  There's an $800 instant savings on a kit which includes a nice lens. 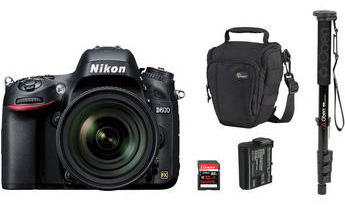 Do the math, and that works out to about $1300 for the camera itself.  That's about what the Pentax K-5 cost a year ago!  On top of that, B&H will throw in free 2-day rush shipping and a $40 gift reward gift card.  This deal is also available at Adorama, who offer $80 back in rewards and an extended warranty, but no free tripod.

Next up is the 21-megapixel Canon 5D Mark II, an older body, but now more affordable than ever: it's just $1599 and you also get some extra freebies.  The nice thing about Canon cameras is that Pentax lenses can be adapted without the need for a "correctional" element (a cheap teleconverter which ruins image quality), whereas you may as well give up before even trying to adapt K-mount lenses onto a Nikon. 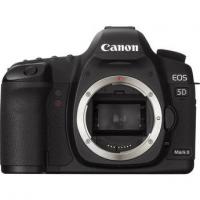 The freebies that come with the 5D include:

Last but not least is the Nikon D800, the 36-megapixel full-frame that we recently compared to the Pentax 645D.  It's got a $200 instant savings for a final price of $2796, and like the other cameras, it includes free two-day shipping.  For a camera that nearly matches the image quality of the $8800 645D, it certainly is a steal! 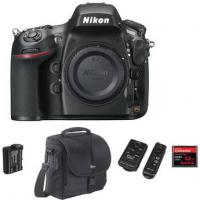 This kit includes the following:

Deals on cameras high-end cameras such as the D800 certainly don't happen every day!

As tempting as these low prices might be, what does all this really mean, though?  What's the bigger picture?

Well, the bottom line is that through their pricing, Canon and Nikon are putting their full-frame cameras in the hands of more enthusiasts and advanced amateurs. Because of the higher manufacturing costs associated with full-frame sensors, and bigger, heavier, and more expensive lenses, full-frame DSLRs have typically been reserved for professionals since their debut in 2002 (for Canon) and 2007 (for Nikon).

These new prices are within reach for many shooters who have traditionally been limited to high-end APS-C models such as the Pentax K-5, Canon 7D, Nikon D7000, or Nikon D300s. Last year it would be unheard of to find a new full-frame DSLR in the $1300 - $1600 range!

Thus we notice that just a year ago, a gap existed in the market which has now been filled.  This gap is what Canon and Nikon are now filling by offering an affordable entry-level full-frame cameras for enthusiasts.  Many Pentaxians (loyal Pentax users) were hoping that Pentax would be the first to fill this void, but it appears that this will not be the case.

With that said, how much lower can prices go?  If Pentax does end up releasing a full-frame camera, how will it be priced?  If not through low price, then Pentax will have to market their potential full-frame in a different way.  Pentax's intuitive interface, in-body shake reduction, and huge lens lineup are certainly big bargaining chips, and we hope that Pentax Ricoh makes good use of them when developing their full-frame DSLR.  Some might argue that Canon and Nikon have taken Pentax's opportunity to enter with an entry-level full-frame camera, but only time will tell what will end up happening! 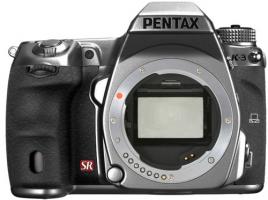 Above: Pentax's nonexistent full-frame is the most popular camera on our site, by number of pageviews

But if you're tired of the wait, just go for the D600 or 5D Mark II now.  You will undoubtedly enjoy the image quality benefits that come with full-frame bodies, and worst-case, you can sell your Canon or Nikon workhorse and switch back to Pentax if Pentax delivers a more attractive alternative - and remember, just because you get a camera from a different manufacturer doesn't mean you have to sell all of your Pentax glass!  Lenses will always be able to withstand the test of time, while camera bodies, sadly, typically go out of date after less than a decade...

We have dozens of forum users who supplement their Pentax system with a full-frame camera: if you end up doing down the D600, D800, or 5D route, we hope that you become one of them rather than joining the dark side!

We'd like to conclude by saying that we have very high hopes for Pentax, and we are sure that Pentax Ricoh will deliver sooner or later, given the positive changes that they have already made.  However, the longer they wait, the fewer loyal Pentax users will remain.  We really hate making posts like this, and we'll always be here for Pentax, but will you?