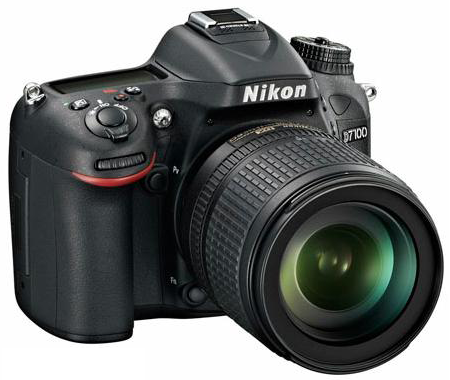 Nikon has just launched the new D7100 DSLR which is replacing the D300s as their flagship APS-C body, and of course is succeeding the the current D7000.

This surprisingly-low price may say something about way in which the APS-C camera industry is headed.  With the Pentax K-5 available for just $739 and the Nikon D7000 for $899, and current high-end APS-C cameras selling in the low $1000's, the advanced APS-C DSLR may well be fully replaced by cameras employing 24x36mm full-frame sensors in the near future, with mirrorless offerings gaining an increasing presence among enthusiasts uninterested in shooting in a larger format.  Just over two years ago, the Pentax K-5 launched at a MSRP of $1749, and the Canon 7D was $1899, which is much much higher than anyone would be willing to pay today for such a camera.

While Nikon announcements are normally outside of our homepage coverage, we are sharing this news because we feel it's a fairly good prediction of what Pentax's upcoming APS-C flagship may bring to the table.  Recent rumors suggest that Pentax will be launching a 24-megapixel DSLR called the K-3 later this year to replace the K-5.  Given the success of the 24-megapixel sensor found in the Nikon D5200, and now the introduction of the 24-megapixel D7100, it's possible that Pentax will follow suit and employ the same sensor in their new DSLR.  As many of you know, the Pentax K-5 uses the same sensor as the D7000 but still managed to squeeze a little bit more out of it once the image test results came in, thanks to better in-camera signal processing!