Sony A7: An Affordable Full-Frame for Pentax Lenses

Will this camera win the hearts of Pentax users? 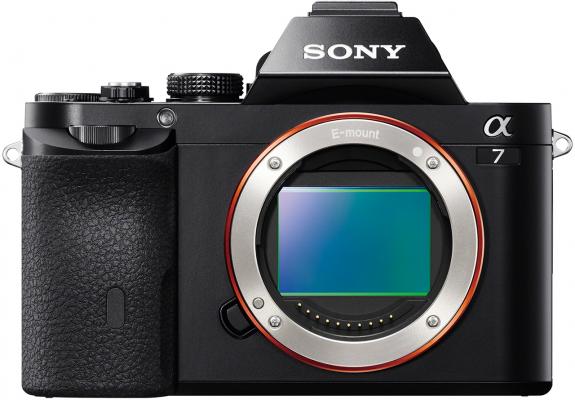 There's no doubt that in the past couple of years, Sony has been one of the biggest innovators within the photo industry.  In late 2012, Sony released the RX-1, the world's first compact digital camera to feature a full-frame sensor.  Last month, its QX-10 and QX-100 cameras were an attempt to revolutionize cell phone photography.  And today, Sony has announced two competitively-priced mirrorless cameras with full frame sensors: the Sony Alpha 7 (A7) and Alpha 7R (A7R).  The 24-megapixel A7 will retail or $1699 in the US, while its 36-megapixel big brother, the A7r, starts at $2299.

The Sony A7 is the world's first mirrorless interchangeable-lens camera with a full-frame sensor and autofocus support (the Leica M was the first without AF). It employs the Sony E-mount, the same mount used on the VG-900 full-frame camcorder.  The great thing about the E-mount is that when paired with the appropriate adapter, it can support Pentax K-mount DSLR lenses without the need for any corrective optics.  This makes the A7 a viable choice for users of legacy Pentax lenses that have been waiting for a full-frame camera.  And hence this news has made it to our homepage!

One of the key selling points of the Sony A7 its compactness.  Weighing in at just over 400 grams, it is lighter than any current Pentax DSLRs (not to mention Canon and Nikon full-frame DSLRs), yet it continues to have weather sealing.  And while it isn't as bulky as a DSLR, the A7 is still plenty wide and it has a large grip, making it easy to hold.  Let's take a look at the full specifications:

As the table above indicates, the A7 is a state-of-the-art camera, featuring a high-resolution electronic viewfinder, tilting LCD monitor, built-in Wi-Fi, and even NFC (Near Field Communications).  Its button layout also looks promising: the presence of dual control wheels, customizable buttons, and a dedicated exposure compensation button will likely satisfy just about any enthusiast photographer.  The new 24- and 36-megapixel sensors found in the A7 and A7r seem promising, and if their image quality can match that of the Nikon D600/D800, then Sony will surely see a lot of success with this camera.

As Pentax enthusiasts, we'd like to spend the remainder of this article discussing what this camera might mean to the Pentax community as a whole, rather than scrutinizing its every specification and feature.

Our users have been anticipating a full-frame Pentax DSLR for years.  In fact, the mythical Pentax full-frame has seen just as much discussion on our forum as many of the cameras that have actually been released.  The Sony A7 isn't a Pentax, nor is it a DSLR, but it is the first affordable full-frame ILC that supports Pentax lenses.  For this reason, the A7 has already generated a good amount of buzz on our forum (over 300 posts as of the writing of this article).  We think that if this camera had a K-mount, it would be very close to being a Pentax enthusiast's dream!

While a discussion of the advantages and disadvantages of full-frame systems is outside the scope of this article, it is generally accepted that the larger the sensor, the better the image quality of camera.  For this reason, dozens of our users have either switched to a different camera system or supplemented their Pentax DSLR with a full-frame body by a different manufacturer.  But others are still waiting patiently.

So, if you're one of the many users that is still waiting on a Pentax full-frame, should you keep on waiting, or should you get an A7 or A7r?  We believe that the answer depends on your individual needs as a photographer.

Using adapted lenses does take a toll on handling (the adapter adds weight, size, and a bit of instability) and versatility (automatic aperture control and autofocusing is lost, and there won't be any stabilization).  Is this a worthwhile sacrifice?  We believe that if you are primarily a stills shooter that values image quality about all else, these things really won't get in the way and you might really enjoy the A7.  After all, the A7 would allow you to use legacy Pentax glass to its full potential!  Furthermore, with its uncompressed video capabilities, the A7 will make for a great video camera when paired with high-quality Pentax lenses.  On the other hand, if you can't live without an optical viewfinder or if you need a camera for high-speed shooting, the A7 isn't the answer.

It could be a year or more until we see a Pentax full frame, if such a camera ever reaches the market.  Pentax is already late to the game, and we can't help but be skeptical about the profitability of such a camera given the small market share that Pentax has outside of Japan.

Once the A7 and A7r become available, we will be sure to bring you an in-depth review of both cameras and focus on how well they perform with adapted lenses as well as native ones.   We will take a close look at the image quality and reveal any unforeseen issues that might be associated with using adapted lenses or with the high resolution of the A7r.

Already convinced?  You can pre-order the A7 or A7R now and take delivery in December.

Pentax lenses need to be mounted farther away from the A7 than native E-mount lenses in order to focus properly.  Therefore, K-mount to E-mount adapters are nothing more than a tube with a K-mount on the front and a Sony mount on the back; there are no optical elements inside the tube, meaning that image quality isn't diminished.  If you plan on using modern lenses on the A7, you should get an adapter with an aperture ring, such as the Novoflex adapter shown below.

Plenty of other adapters exist, such as the more affordable Fotodiox adapter for $23.  When buying cheaper adapters, make sure that the build quality is up to standards and that there are no known issues reported by users.  More expensive adapters will usually feel more sturdy, allow for smoother aperture control, and do a better job of preventing light leaks thanks to better workmanship. 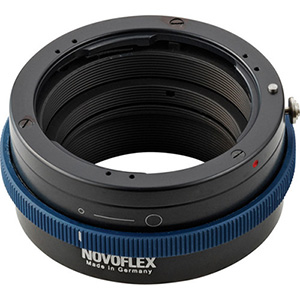 We are eagerly awaiting the release of the A7, and we're looking forward to hearing what you, our users, have to say about this camera!