What Pentax Ricoh's future full-frame will be up against

Canon and Nikon showcased new "intro-level" full-frame DSLRs at Photokina this year, both of which are in the low-$2000 price range. The two cameras are design-wise typical members of their respective brands: the Canon 6D with a simplistic design and a smoth and quiet shutter, and the Nikon D600 with a sharper design, buttons sprinkled all over, and a loud and aggressive shutter sound.

A thorough evaluation isn't possible at a trade show like this, so what we can offer is subjective first impressions and some photos of the products.

Canon and Nikon went separate ways in this segment just like they did in the mid-range segment with the Canon 5D Mark III and the Nikon D800, respectively. Canon took the more conservative approach with "just" 20 MP in the 6D, whereas the Nikon D600 offers up 24 MP. Only a thorough test can reveal if the Canon will win in noise comparison. It's practically a given that it will lag behind in resolution.

Read on for technical specifications and our first impressions!  While both camera seemed like fine additions to their respective lineups, it's clear that certain features were left out merely to justify the lower price points.  This yields a gap in the market which we're sure Pentax Ricoh could fill, for example by releasing an affordable full-frame with in-camera stabilization, a 1/8000s shutter, and superior framerates for both stills and videos.  As long as this hypothetical Pentax body would retain the excellent handling and user interface of the current bodies, we are sure it be a worthy rival for the other intro-level full-frames.

Both cameras attracted a lot of attention and the crowds were big: 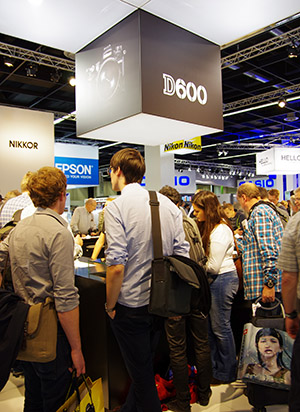 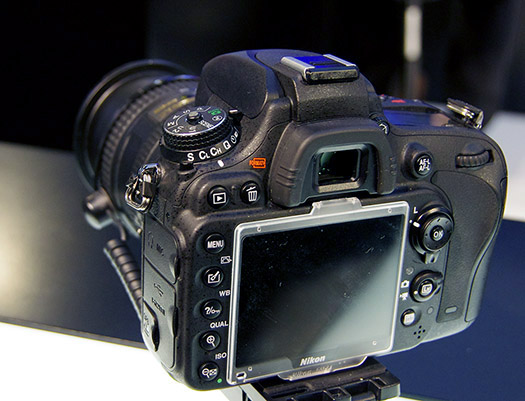 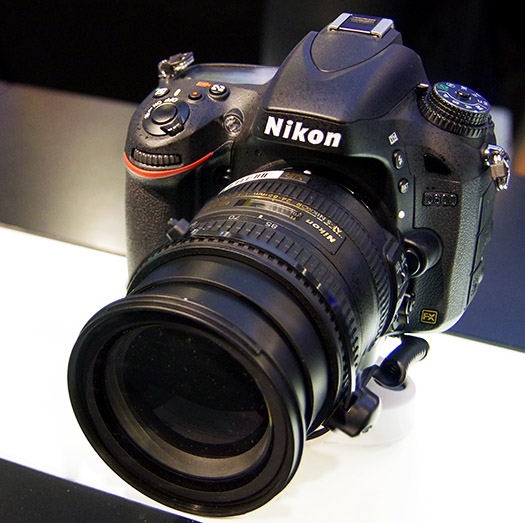 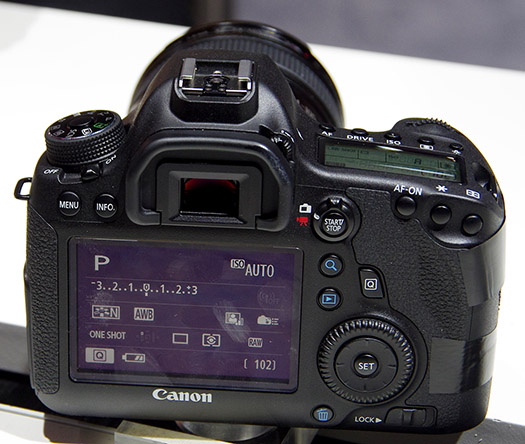 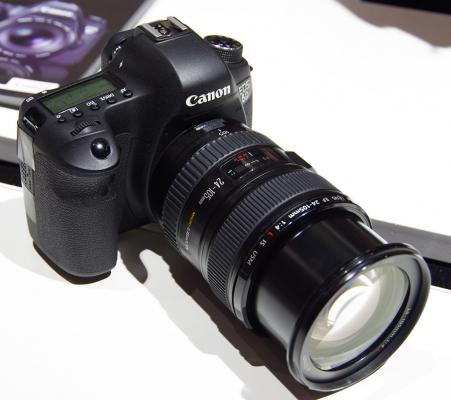 The Nikon D600 is already available for sale whereas the Canon 6D is about two months out (it is scheduled to start shipping on December 10th).

Concluding, the two camera are very different despite having the same pricetags.  It's clear that lens lineups, not just the bodies, will be what will attract customers to these cameras.  We tend to prefer the direction Canon has taken with their 6D, though only time will tell which of the two cameras produces better photographs!