A brief conversation answers all our questions 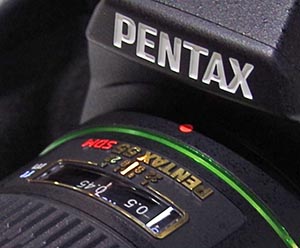 Today was press day at Photokina, meaning that we were able to take a tour of Koelnmesse and see many of the exhibition halls that will officially open tomorrow.  We be making a post and uploading videos from this tour later today, so stay tuned!

Once the tour started, we of course proceeded almost immediately to the Pentax booth, which, unlike many other exhibitions, was practically ready to go and fully manned.  There, we had a conversation with a very friendly German Pentax engineer and repair technician.  He seemed to know a lot about the hardware found in Pentax lenses, so we asked him a few questions and also shared our findings from the SDM failure survey.

Below are the questions and answers, all paraphrased from the conversation.

A: One could say that the AF components used in these lenses was prone to failure from the get-go due to their design.  The 16-50mm and 50-135mm lenses share the same circuitry and motor, which is why they both have such a high failure rate.  Other SDM lenses don't fail as much.

Q: Has this SDM quality control issue been resolved?

A: The DC motor found in the lens is based on the motors used for screwdrive autofocus in Pentax camera bodies, although it's obviously been modified to be quieter and to fit inside the lens.

So, there you have it- we have finally learned more about the technical side of Pentax SDM and DC focusing technologies!