From Samyang and Schneider-Kreuznach 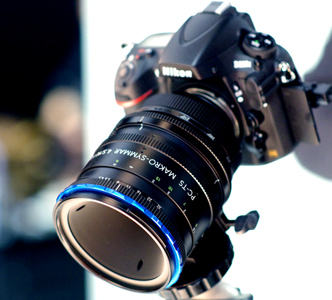 A couple of new lenses in Pentax K-mount were introduced at Photokina 2012 from the two independent lens makers: Samyang and Schneider-Kreuznach. It is encouraging to see the number of available K-mount lenses grow even when it comes to expensive specialty lenses.  The new lenses include a 10mm rectilinear ultra-wide angle prime, and a tilt-shift lens.

We recently repoorted on a Tilt-Shift lens from Sanyang and it was on display. So was a new 10mm F2.8 super wide angle lens, the Sanyang 10 f/2.8 ED AS UMC CS. This lens is designed for the APS-C format and will be available early in 2013.  We confirmed with the Samyang representatives that it will be available for Pentax. 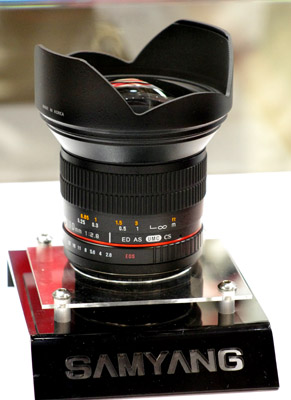 The earlier-announced 24mm F3.5 Tilt-Shift lens (Samyang T-S 24mm F3.5 ED AS UMC) is also confirmed to be coming out for Pentax: 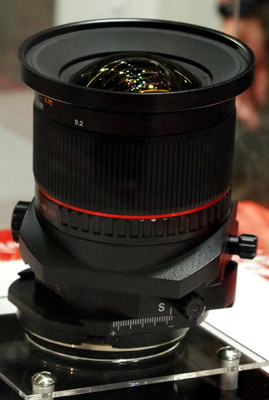 Schneider introduced a 28mm F4.5 Tilt-Shift lens called PC-TS Super-Angulon 4.5 / 28 HM Aspheric. The lens has a lateral shift of 12 mm and a tilt angle of 8 degrees. It is physically relatively big but fortunately furnished with a tripod mount. It is available in for Pentax K-mount (besides Canikon) and at this time only shown behind glass. The price will be in the EUR 2,000 to 2,500 range. 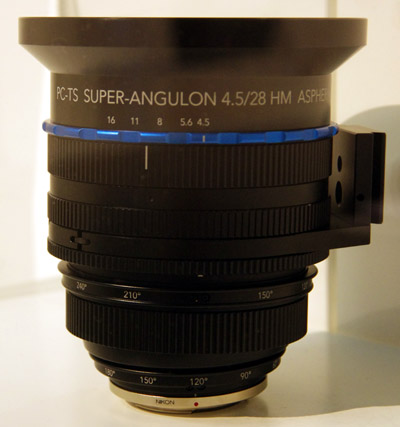 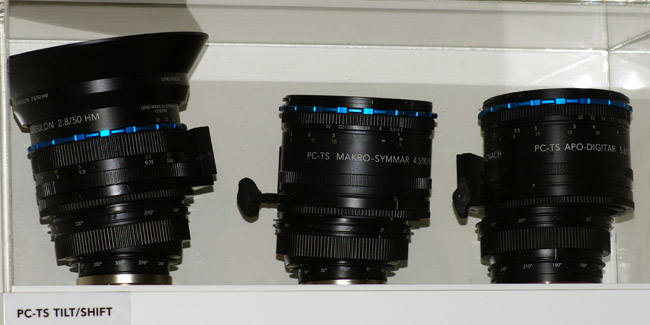 What's hot about a lens with tilt is its capability to keep a slanted object in focus. This was illustrated with a 90 mm TS lens on a Nikon as seen at the top of the page. Below we show the demo set-up; the image (seen on the tethered monitor) is tack sharp over the entire area with rings. 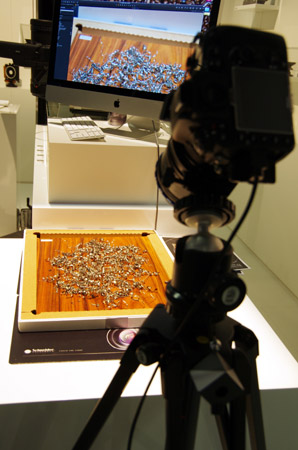 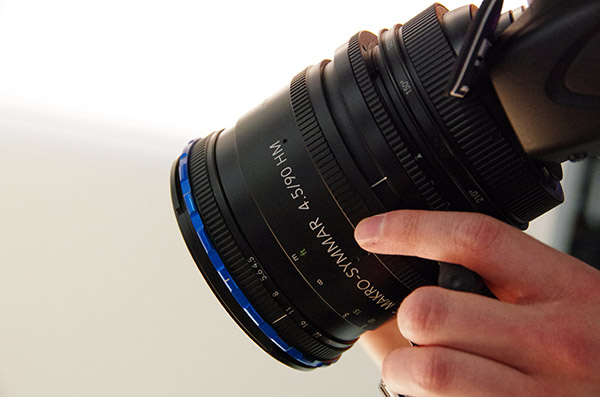