On display at Photokina 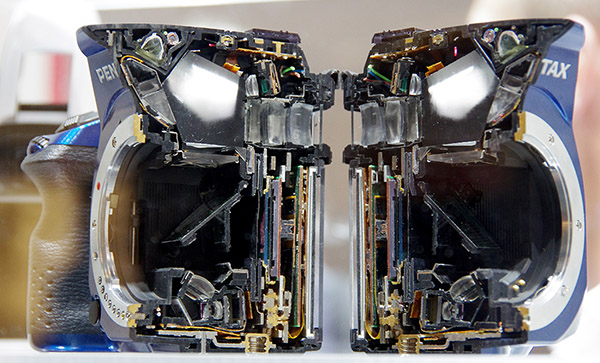 For those interested in the inner workings and structure of a Pentax K-30, a body which was sliced in half was put on display by Pentax Ricoh.  The same holds true for the Pentax K-5 IIs, shown toward the end of this post.

The autofocus module including the secondary mirror (though misaligned) is clearly visible. 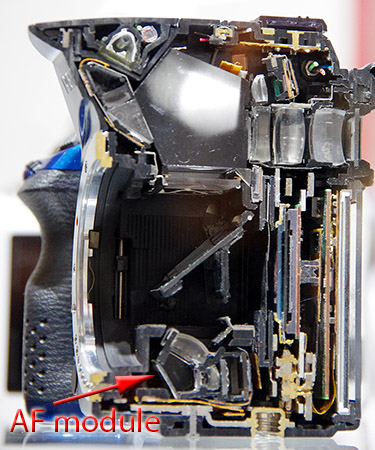 Below we have a similar cut of the Pentax K-5 IIs for comparison. The two cameras are clearly built in a similar way, with the only obvious difference being that the K-5 IIs body (not just the chassis) is made of metal. 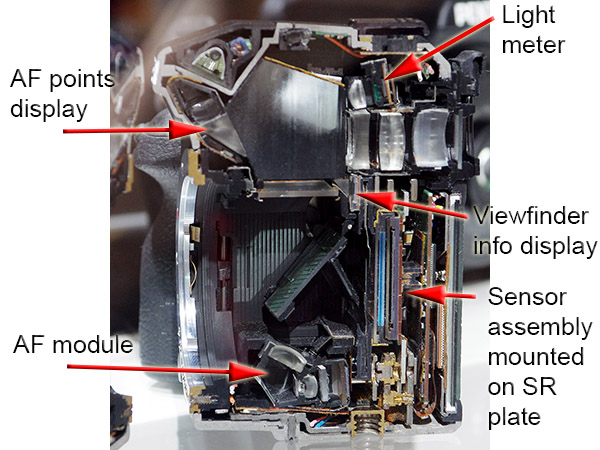 As you can see, a DSLR has many more components than a mirrorless camera!  The latter eliminates the mirror, AF module, pentaprism, and light meter as all readings (in general) are made directly from the sensor.