Pentax Marketing Is On the Move

Literally speaking, Pentax has mobile ads on city taxis here in Cologne, where the Photokina trade show is taking place this week!  Here is one near the north entrance: 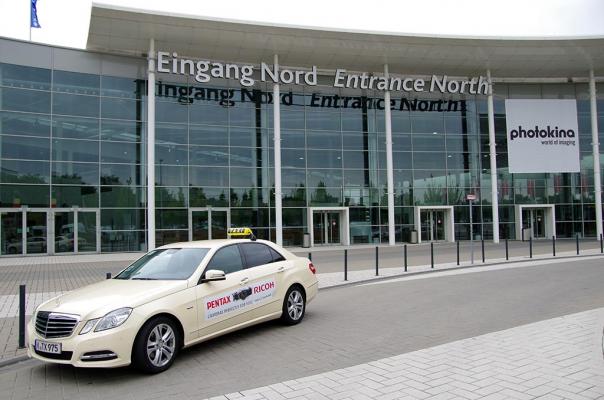 And it's not just one ad- over the course of 3 days, we've seen 15 such ads despite only being outside for just a few hours.

Here's one leaving the east exit:

They're to be seen downtown as well:

If Pentax is after brand recognition, we think they've done a good job, as their booth at Photokina sure looks the part, and they're even handing out bags that say "Pentax"!