More than just a redesigned body! 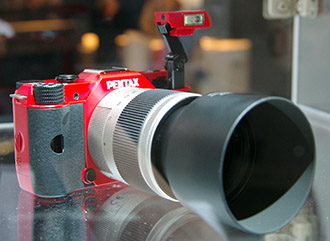 The new Pentax Q10 was on display and available for being tried out at Photokina. Pentax representatives pointed out that the Q10 (and the Q before it) shouldn't be viewed as just "another camera" but as a part of a new system built around the Q mount, in other words a fully worthy third system from Pentax (the 6x7 mount is truly discontinued and will not be brought back they say). The 15 to 45mm telephoto zoom (shown above) and the K to Q-mount adapter were the new additions to the lineup for Photokina as reported earlier and further expansion is planned as per the road map.

It was hard to tell what was new in the Q10 based on its specsheet alone, but here's what we've learned from Pentax:

The Q10 is just as tiny as its predecessor, and it almost fit inside the lens hood of our 85mm lens! 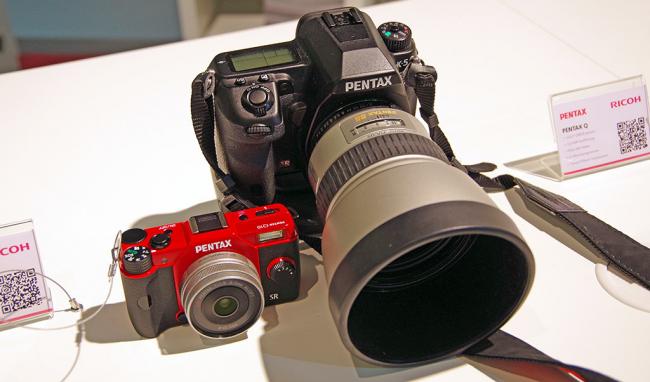 Here's the updated lens roadmap.  Apart from the addition of the telephoto zoom, which was just released, note how it now indicates that a tele macro is on its way (the old roadmap just said "telephoto prime". 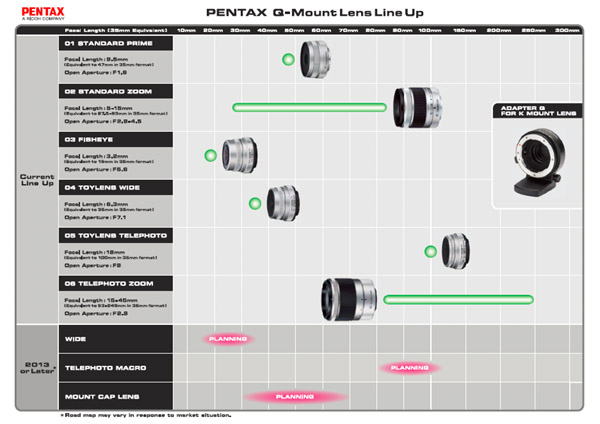 The exterior has been redesigned and the Q10 is a more seriously looking camera than the Q. The ergonomics remain unchanged and are excellent as we found in our review of the Q. The key change, however, is the heart of the camera, the sensor, which is now from another supplier and has lower noise in low light shooting and a lower 'native' sensitivity of 100 ISO.

Also the autofocus algorithms have been revised and the Q10 is now claimed to have faster autofocus than the Q. It was not possible to assess these improvements at the Pentax booth - a more controlled test environment (and lots of time) would required.

To us, the autofocus seemed faster, but once again it was impossible to conduct a controlled test.

All the technical specs aside - the Q10 in red looks very attractive! 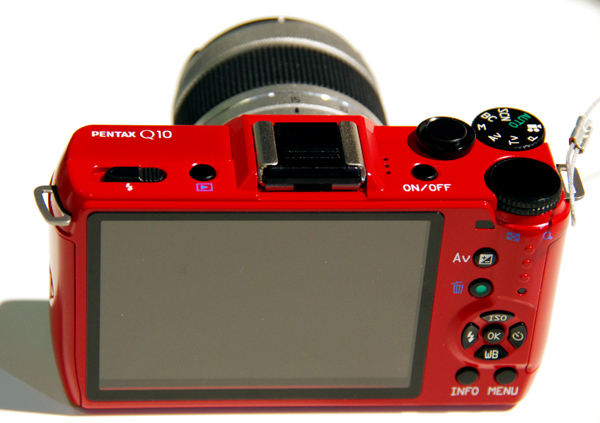 We think that red Q10 looks great and will make the Q10 stand out more than its predecessor did, at least in consumer stores, now that there's a more bold color option in addition to the run-of the mill black and equally-common silver. 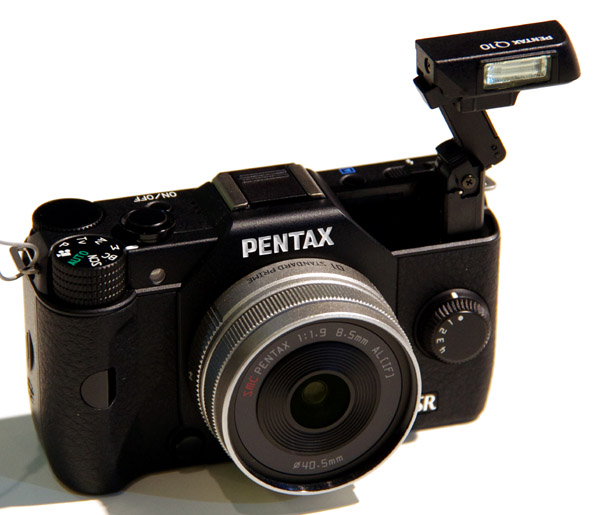 It's still going to be a tough battle for the Q to become popular in the US, but it's better to have a new body, adapter, and two zooms than to have nothing at all.  The K-mount adapter, in particular, boosts the overall appeal of the system, we believe, as it allows you to capture ultra-tele and ultra-macro without elaborate setups.

Full specifications for the Pentax Q10 are available in our camera database.

The Pentax X-5 at Photokina