Photos of the Pentax booth on the first day of Photokina 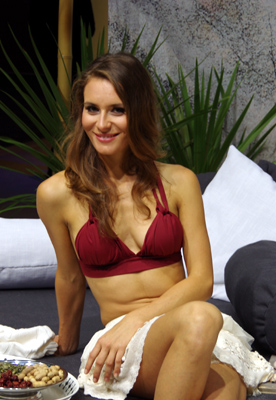 On the first day of Photokina 2012, after a false start in the Panasonic booth (which, like Sony, embraced the jungle theme), we made it to the Pentax booth.  After mingling with the many people who visited the Pentax booth we were invited to join the Pentax distributors behind the scenes: on the other side of the booth proper there was an even larger area where the distributors from all over the world could get together with Pentax staff and executives and play with as much of the new equipment as they desired.

The Booth on Opening Day

A handful of changes had been made to the booth itself, including a display case on the side (shown later) featuring an artistic arrangement of many Pentax products.  The number of visitors wasn't overwhelming, but we never saw any of the counters empty!  Plenty of people seemed to be interested in the 645D and K-5 II; the Ricoh GXR is what seemed to attract the least attention.  The K-01 also didn't get much love, either, despite being featured in the DSLR section rather than in the mirrorless section. 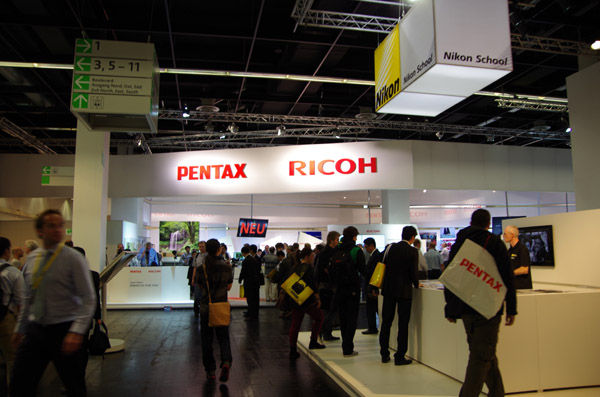 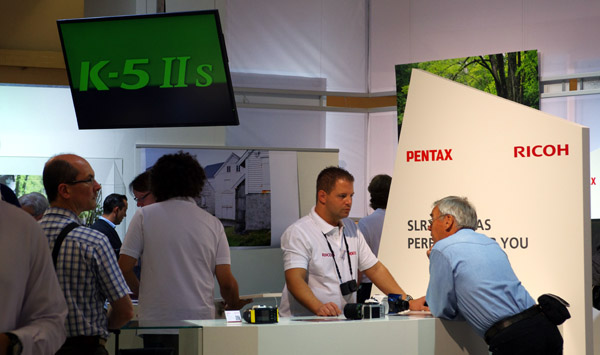 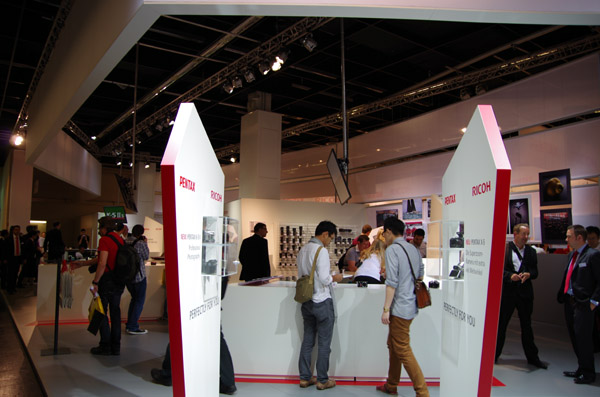 The outdoor aspect of Pentax cameras was seriously under-advertised.  The WG-2 should have been put on display inside a water tank or underneath a shower at the very least. 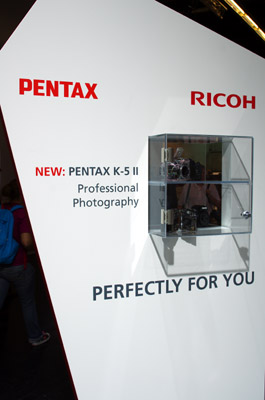 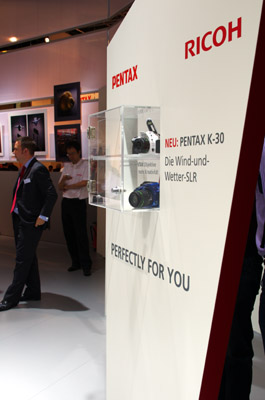 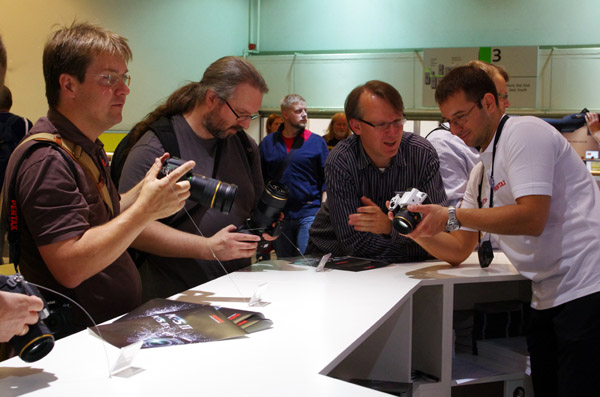 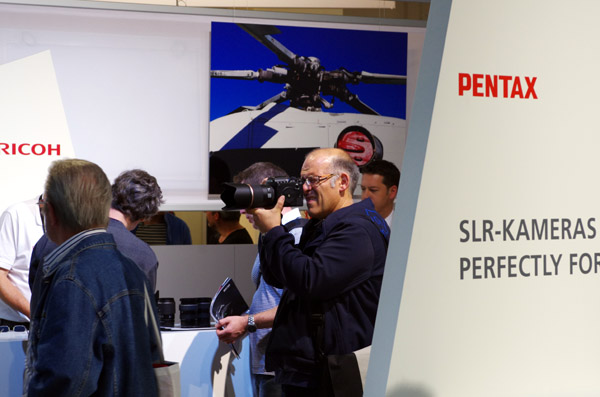 One last thing that we haven't shown you yet is a giant Ricoh-branded printer, which produced some very impressive photos! 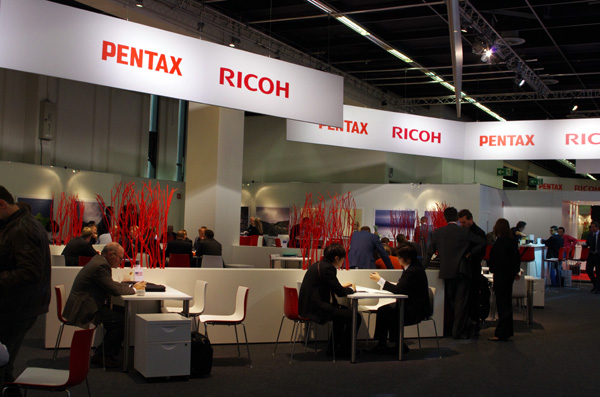 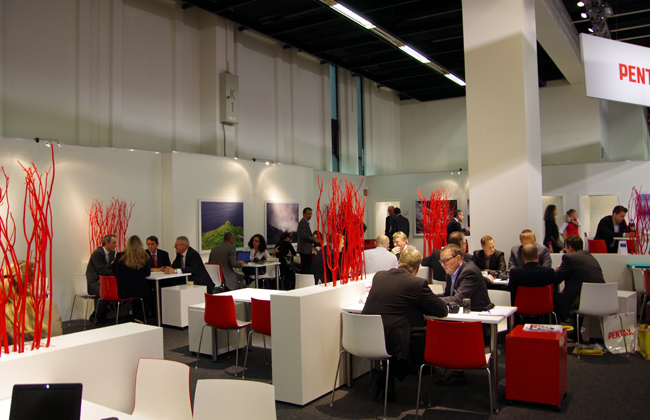 Each country had its own table where the local distributor could meet with Pentax and the press. We believe that this is the first time that so many Pentax employees and distributors have been brought together in one place, which is certainly thanks to the intervention of Ricoh. 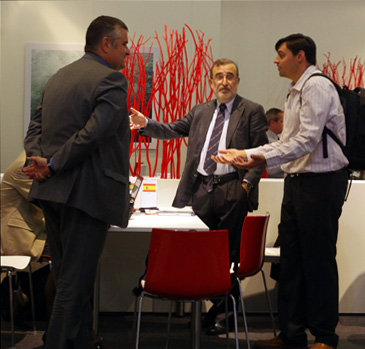 There was a lot of enthusiasm; expectations are high as to what the Ricoh leadership will bring. 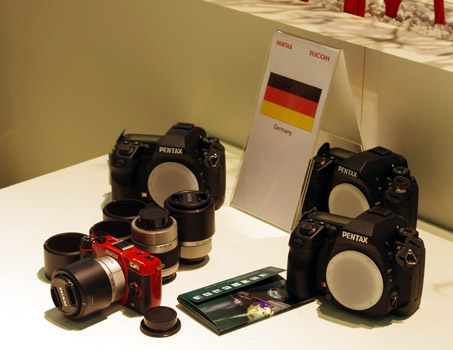 Equipment was readily available to be tried out by the public. However, since the K-5 firmware is a pre-production version (v0.20) nobody is allowed to post any images taken with the new cameras.  We have been assured, though, that we will be able to sit down and test the K-5 II behind the scenes as long as we don't take any of the photos with us.  This means that we will be able to test the autofocus of the K-5 II and the image quality of the K-5 IIs.

Leaving for the night we snapped a couple of images from the now-closed Pentax booth, including one of this Marklin Z-gauge train set: 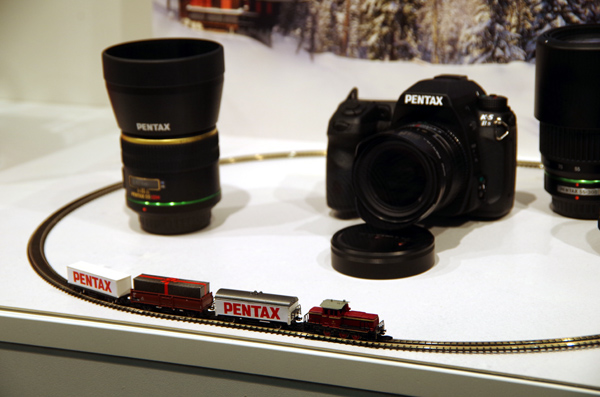 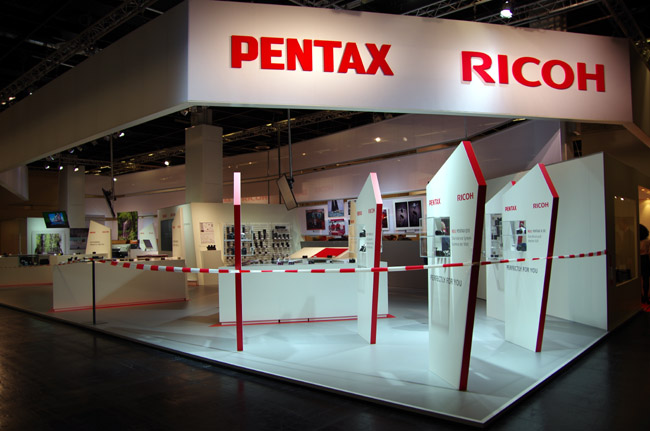 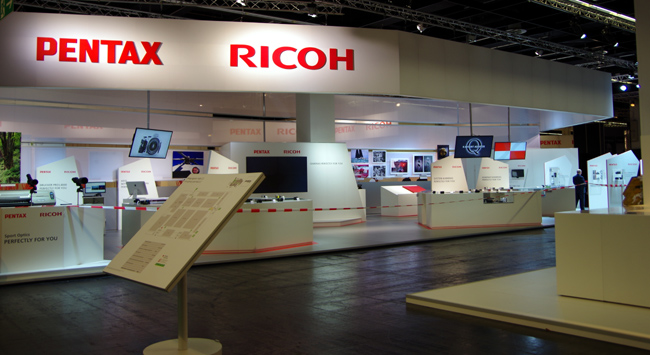 This is but a taste of the hundreds of photos that we have from the event.  Stay tuned for more from the Pentax booth as well as other exhibitions!