Photos from the Sony booth at Photokina 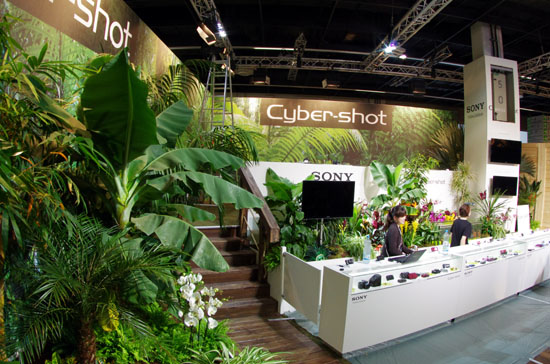 Sony has a very impressive "booth" at Photokina, as they have built somewhat of a jungle. It would appear that no expenses have been spared. Of most interest to the photojournalists doring the pre-show tour was the RX1 full-frame point-and-shoot, fixed prime lens camera. Here is the congregation at the RX1 display:

We did manage to get a few snaps of it: 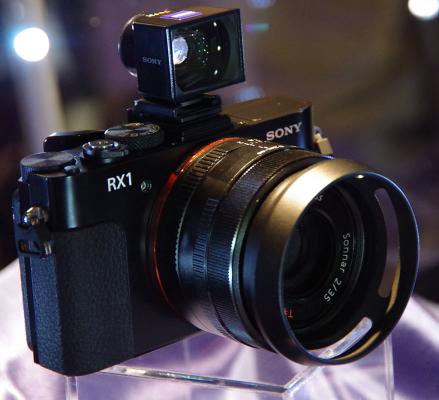 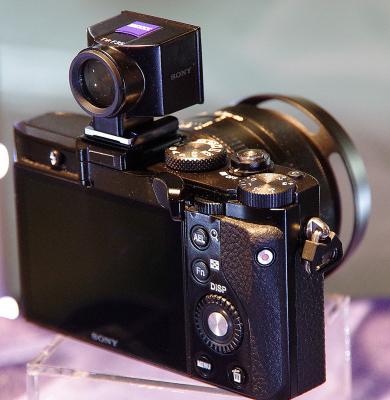 The new Alpha 99 full-frame wasn't noticed by many until a Sony representative repeatedly pointed out that the Alpha 99 was in fact a new item and shouldn't be overlooked!

Back to the RX1 - there was only one specimen on display and it was behind glass so we speculate that it isn't ready for prime time yet.  Current estimates indicate that it won't be launching until December. 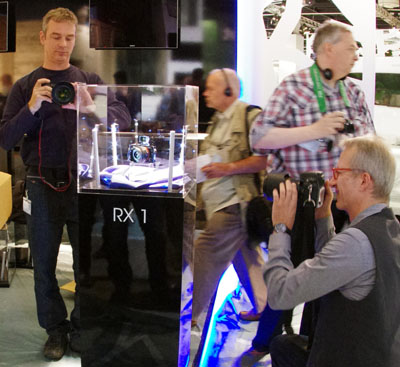 Stay tuned for more photos from non-Pentax areas of the show!