With Photokina wrapping up, many of you are probably considering one of the great new options announced during the event. Before making your choice, take a look at some of the data we've compiled on the camera market. 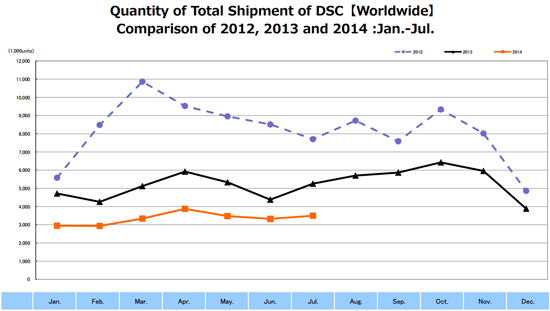 There are multiple factors tied into this, the largest of which is that digital cameras, in some form or another, are more widely available. The chief competitor is smartphones. With nearly everyone carrying around a digital camera in their pocket everywhere they go, there's less demand for a dedicated camera. 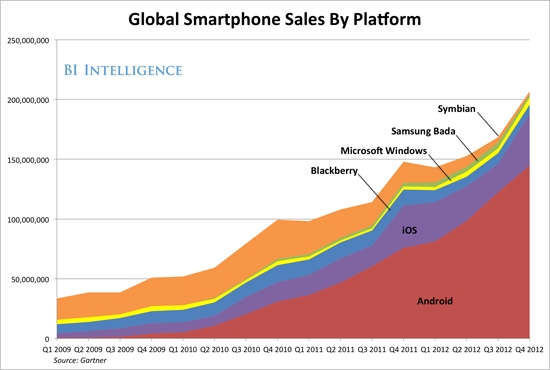 For those of us who have a need for something more capable than what a smartphone can provide, it might be helpful to look at some market trends.

So far, it looks as though 2014 will be following the same general contour as the previous two years, albeit with lower overall numbers and less drastic changes month to month: the second quarter of the year remains a popular time to buy cameras, following the announcements at the January Consumer Electronics Show. We should see a jump in sales in the next month or so following Photokina and the second round of announcements, and those products hitting stores before Christmas.

The sale of lenses follows much the same pattern, the peak usually hitting around October. 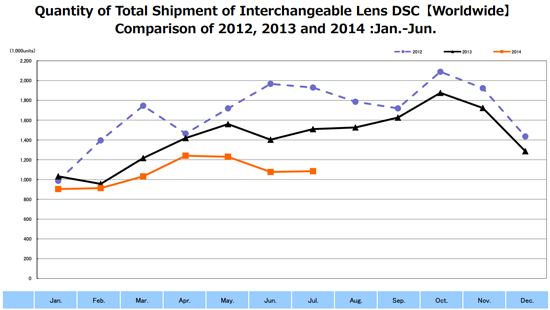 Within the subsection of digital cameras being sold and shipped, there are definite trends as to what kinds of digital cameras people are buying. Throughout the past few years, these trends have held true: the vast majority of the market share has gone to compact cameras, with those taking up about 75% of total sales. The remainder is divided between DSLRs and non-reflex cameras, with DSLR's outperforming the latter. 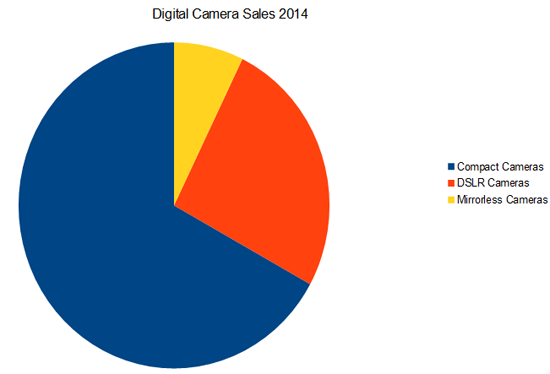 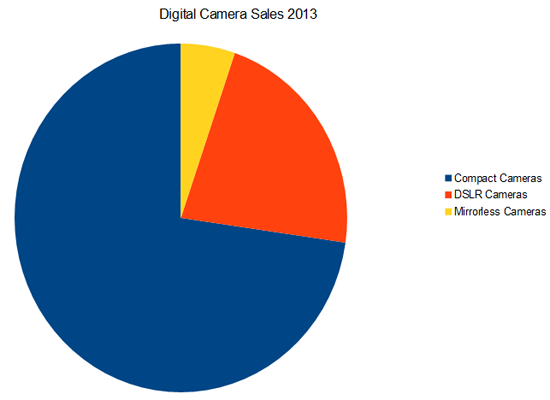 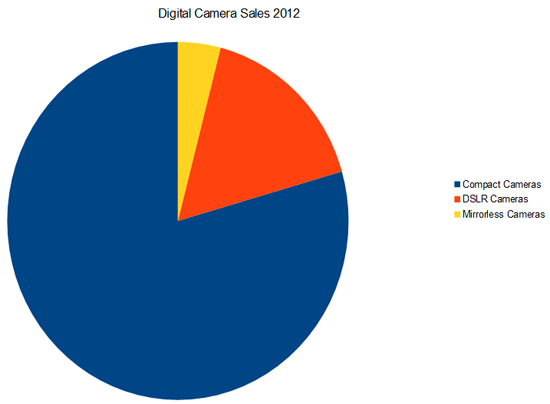 Most consumers go for compact cameras for the ease of use and portability that they provide, making them a popular option for tourists and vacationers, or anyone who wants to take some home video. Though interestingly, compact cameras have seen a slightly decrease in market share as more people go for more professional cameras. The mirrorless vs. DSLR debate is a bit more subject to preference.

Mirrorless cameras offer more lightweight options, without the mechanism of the reflection system. The smaller body can let you fit more into your camera bag: important for those photographers who travel, and carry a lot of extra accessories.

DSLR cameras still out-perform their mirrorless counterparts on autofocusing ability, with a process called phase detection that measures the convergence of two beams of light, quickly adjusting to the new focus. The other main draw of the DSLR is that their image previews are sharper, as you can look directly at your subject through the viewfinder, while mirrorless cameras need to record a preview to display on the LCD screen which can be jerky or harder to see.

Despite these recent changes in the market, Ricoh Imaging, the maker of Pentax cameras, has actually gained market share over the past two years.  It and other companies are adapting by launching new product lines and becoming increasingly competitive in terms of price and other areas.