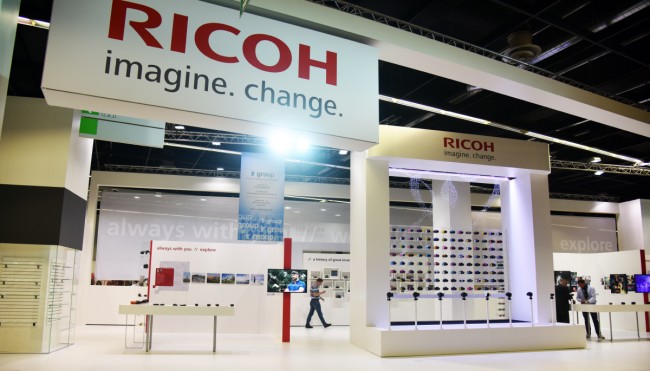 The Pentax / Ricoh Imaging booth at Photokina has gotten a facelift compared from the one from 2012; the displays have been streamlined there is now considerably more open space to accommodate visitors.  In the spotlight is an impressive digital waterfall that can display text; behind it you'll find the "wall of color" in traditional Pentax style: a motley assortment of 150 different K-50 DSLR bodies.

The booth is divided into four sections: professional (645 system), outdoor (WG-4 and WG-M1), compact (Q-S1 and XG-1) and DSLR (K-3, K-S1, and K-50 at the waterfall and a separate stand).  Each section contains a counter with the corresponding products on display as well as an adaptation of the slogan "always with you".

In terms of size and location, no changes have been made compared to Photokina 2012.  While the booth itself is somewhat small compared to other camera brands, there is a sizable conference area in the back that's actually larger than the public space.

Entire booth as seen from the side 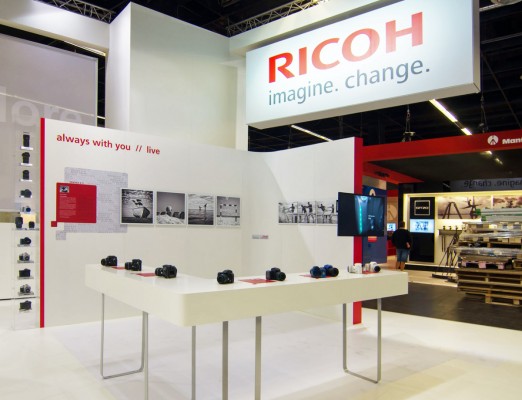 Interestingly, there was no trace of the K-500 or K-5 IIs at the booth.

The Ricoh GR, Pentax WG-1, and Pentax Q-S1 are "always with you when you travel".  The aforementioned cameras were on display just like Pentax's DSLRs; behind the stand was a product video and sample photos taken with the GR. 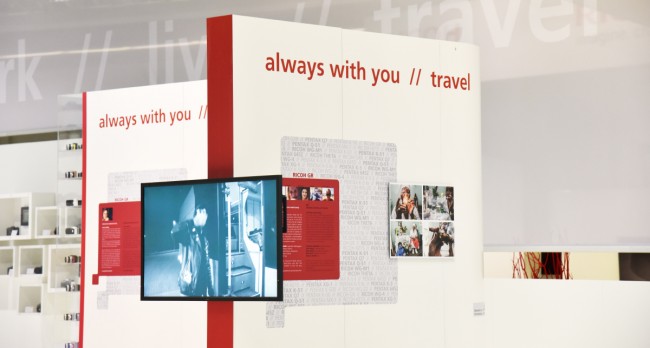 The digital waterfall is among the more innovative decorations at Photokina.  In front of the matrix of K-50's, the waterfall prints various Pentax product names as well as the Pentax and Ricoh logos. 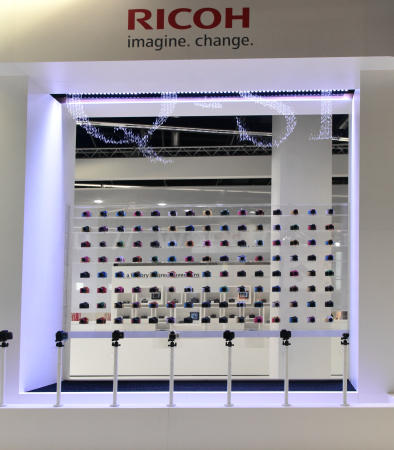 Ricoh's Wild Gear (WG) lineup is "always with you when you explore".  Here, the rugged WG-M1 and WG-4 as well as various binoculars could be tested. 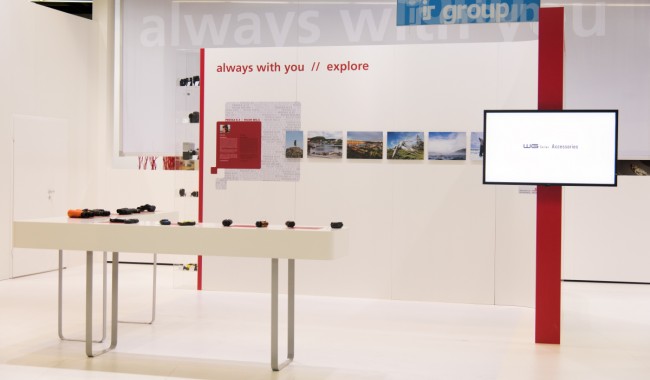 The new WG Watch was also proudly on display: 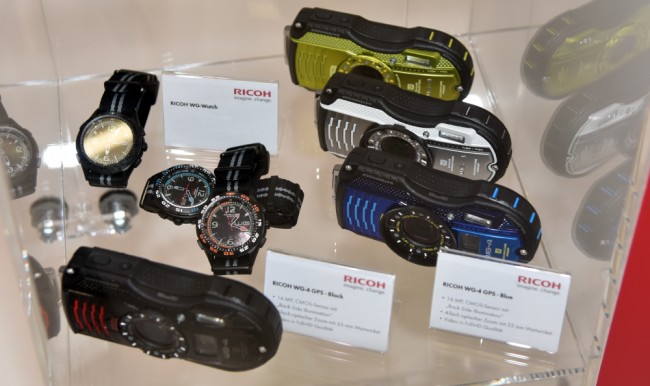 "Always with you at work": this secluded area contains a display of Pentax 645 lenses and sport optics.  The 645 bodies hadn't yet arrived. 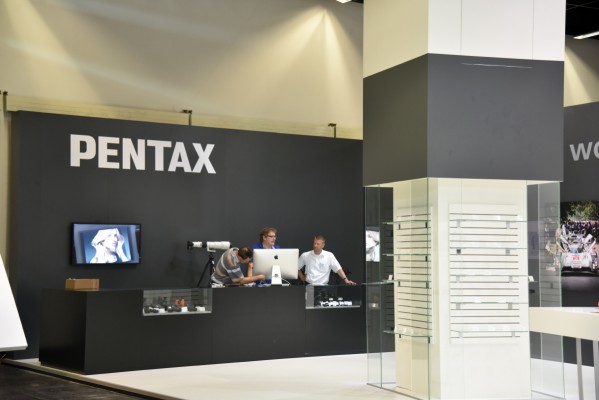 A Bit of History

In the back of the booth, you could take a tour of many historical Pentax and Ricoh products, such as the Asahi/Pentax Spotmatic, 6x7, Super Program, ME, and Ricoh film SLRs.

A lot of work remains before Photokina can open its doors to the public; even the Pentax booth was missing several key products, such as the K-mount lenses. 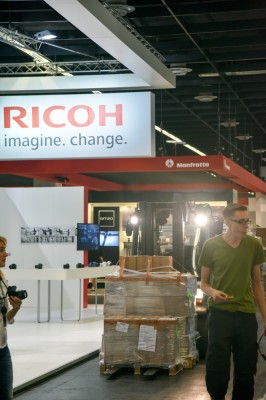 Stay tuned for more from Photokina, including an overview of the Pentax products on display as well as photos from other booths.

Learn more about Pentax products in our in-depth reviews and databases.