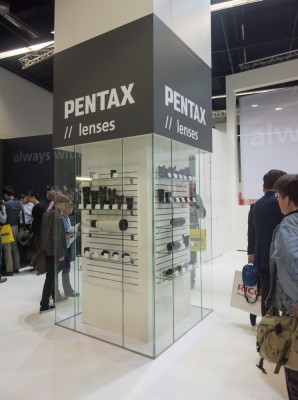 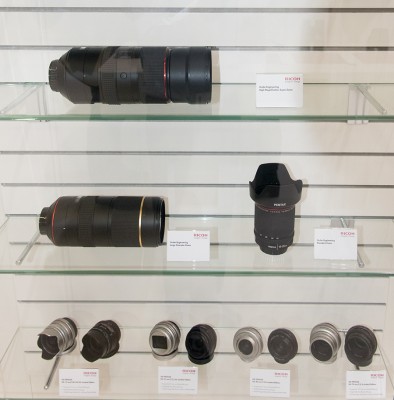 Read on for details on each individual lens.

The roadmap pegs this zoom in the range of about 150mm to about 400mm. The prototype has the characteristic red ring implying HD coating and a weather sealed mount. 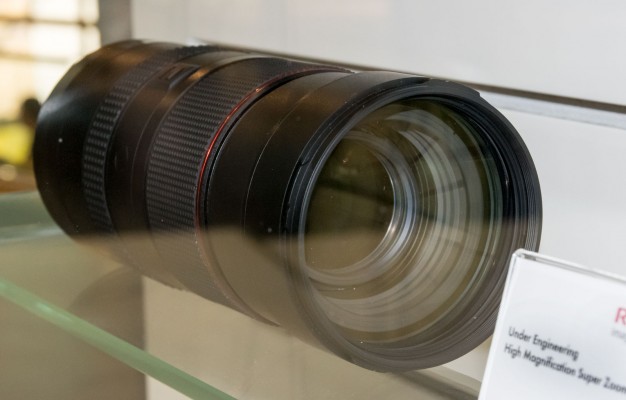 What is more curious, however, are the two push buttons and three switches on the barrel. Two switches are easily explained as a focus limiter and AF/MF switch, but three? Is this a re-birth of the power zoom? We kind of doubt that. Perhaps some clues will be revealed at the CP+ show early in 2015.  Keep in mind that the appearance of the lens is subject to change. 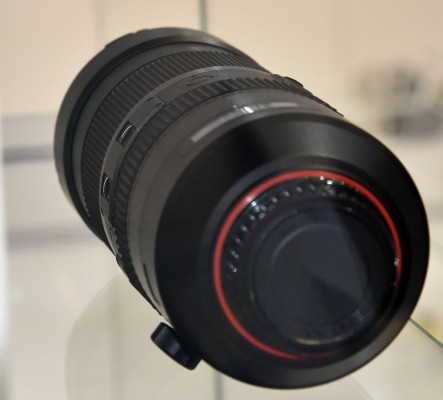 The second lens is being referred to as a "Large diameter telephoto zoom" and the road map indicates a range from roughly 70-80mm to upwards of 200mm.  The gold ring on the barrel indicates that we can expect a high-end product in the form of a DA* zoom and the red ring most likely indicates HD coating. 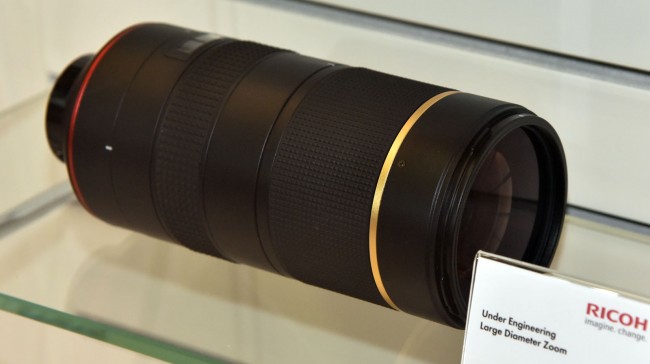 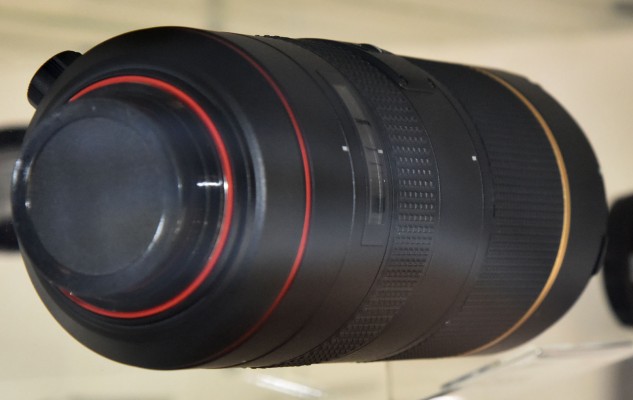 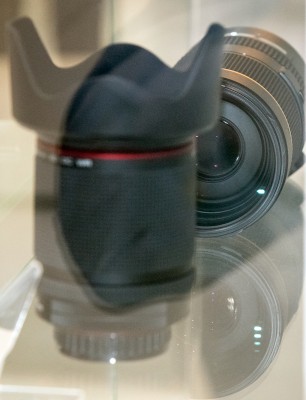 The prototype features a dial. If it wasn't located in an unusual place we would say that it is a filter holder with a knob to turn a polarizer.  It also looks like both lenses will have a tripod mount.

Both lenses look unusually large, which makes us wonder if the first will be a bit faster than your typical telephoto zoom (which ends around F6.3), or longer.  The lenses could also be designed to cover larger formats.

Officially, the Pentax representatives described the lenses as "very mysterious".  Further details are not being revealed at this time.

We're looking forward to learning more about these two lenses and will of course keep you posted.  Don't miss the latest roadmaps to see what else is in store!