Preview of the Trade Show in Cologne

The day before the official opening of Photokina is traditionally a press day to which the media and accredited photojournalists have access. Towards the end of the day it was possible for us to roam select areas of the exhibit halls even though construction of the various exhibits were still in progress. So we will begin with the end of the day where we got a glimpse of the Ricoh/Pentax booth being set up. 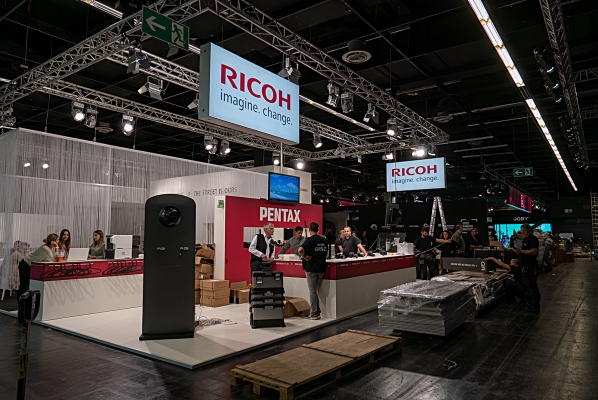 The Ricoh/Pentax booth under construction

The Theta has a prominent presence one must say. The just-announced GR III was not around; we were told that it will show up Wednesday when the show officially opens. All the current DSLRs were already on display: 645Z, K-1 II, KP, and the K-70. The K-1 II was of course shown with the new D FA* 50mm lnes attached: 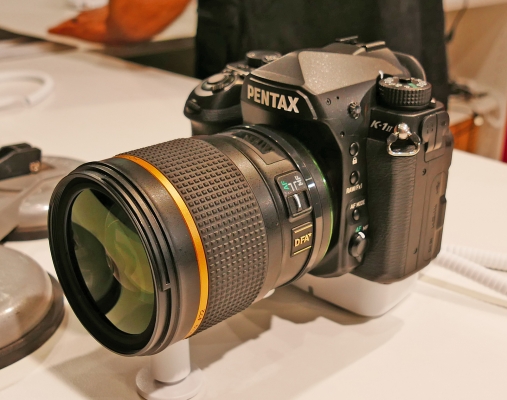 The Ricoh staff working on setting up the booth were quite tight-lipped, so we do not yet know if there will be any announcements other than the GR III.

The booth has shrunk in size over the previous years, but this is also the case for other vendors including Canon, Nikon, Leica, and Olympus. This in turn made room for players who have not traditionally exhibited at Photokina, such as drone manufacturers and mobile phone companies. Speaking of phones, Huawei showed the Mate 10 Pro which features dual 20MP and 12MP Leica cameras. Leica seems pretty good at entering into various partnerships which most likely enhances their revenue stream (more about that later). 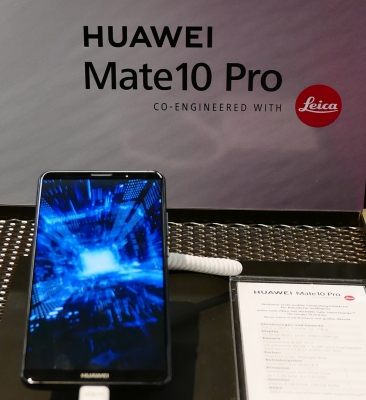 The press day began with a press conference hosted by Leica. The news include an evolutionary upgrade to their medium format DSLR, called the S3, which has a 64MP sensor. Leica stressed (as a benefit) that the S3 has an optical viewfinder.  Despite this, Leica has already realized that the mirrorless may be a turning point in camera technology; a couple of years ago, the company launched its full-frame mirrorless offering, the SL. All this is on top of the M series rangefinder cameras and the various other lines they have. Leica seems to be betting on all horses with focus of course on customers who are willing to pay top dollar for their equipment.

Leica also realizes that more and more people are using their phone as their primary camera and will tap into that market in two ways.  First, they will offer courses in photography for all those new phone camera users who may want to go beyond just taking snapshots.  Second, they will integrate all their cameras with a phone app so that one can easily share photos taken with any Leica on social media. It will also be possible to control the camera from the phone. To us the app looked very much like a cross between Ricoh's app for the Theta and the Pentax Image Transmitter; the app itself certainly doesn't break any new ground.

Leica also announced their new L-mount partnership with Sigma and Panasonic. The L-mount is the mount used in the mirrorless Leica SL full frame camera. Now Panasonic has a way into full frame without having to develop their own mount. 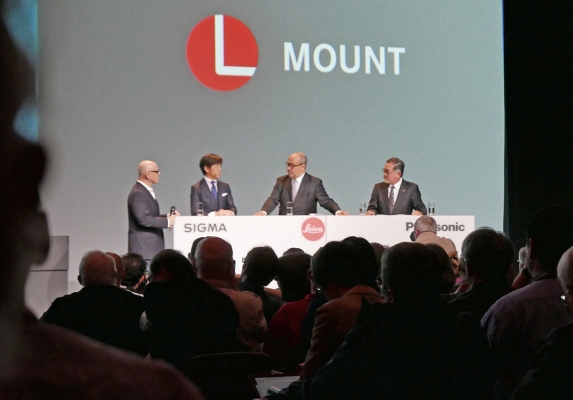 The second press conference was Panasonic and they announced their upcoming full frame mirrorless cameras, the 24MP Lumix S1 and the 49MP Lumix S1R. The former will target photographers as well as videographers, whereas the S1R will be for photographers who want the best possible image quality. They also announced three lenses for the new system on top of the eight lenses Leica will have made available by then. 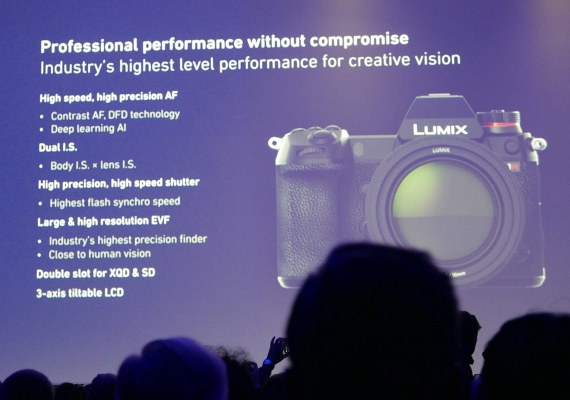 The micro four-thirds line of Lumix cameras will be continued, so the two lines will coexist.

The third press conference was Fujifilm, and they also put up quite a show just like Leica and Panasonic had done. 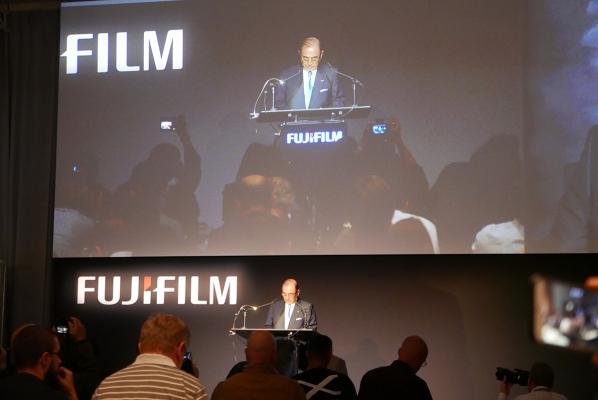 Unlike Panasonic, Fujifilm has decided to forego full frame, and focus on APS-C for those who want compact, lightweight and fast equipment, and medium format for those who want the best image quality. In the latter category they announced the GFX 50R mirrorless, which is small and light for a mirrorless. It is not available yet, but should soon come out with a price tag of $4500. Fijifilm is also working on a 100MP camera, estimated to be released in mid-2019. That camera will have in-body image stabilization. Per Fujifilm, there is no way to benefit from a 100MP sensor unles the sensor is stabilized.

Fujifilm also announced that Capture One will support the new cameras as well as many of the previous models.

Then followed press conferences from Canon and Nikon. Compared to the previous shows these were quite dull. Canon's conference was purely technical in nature going over the features of their new mirrorless offering, the EOS-R. Nikon's conference was a little bit more lively, with focus on their new mirrorless offerings, the Z6 and Z7.  Both of these product lines are similar, with the Canon perhaps the more innovative when it comes to the user interface. Both brands offer adapters so that the current DSLR lenses can be used with no loss of functionality. The presentations lacked the enthusiasm and momentum which Leica, Panasonic and Fujifilm had shown earlier in the day. 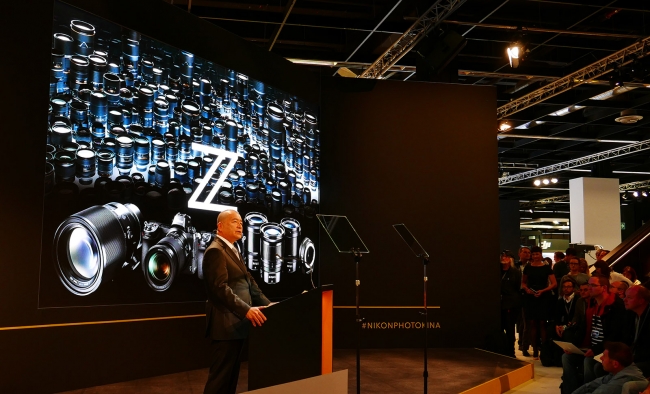 We had to forego the final press conference, Olympus. It was held in the early evening and we had a conflict in that time slot.

We shall soon see what Wednesday brings, when we're scheduled to meet up with representatives for Ricoh.

Ricoh Imaging to Exhibit at Photokina 2018