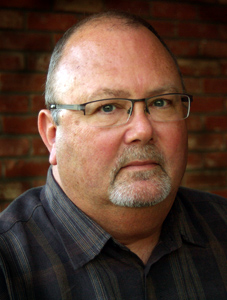 Our third Pentaxian profile is about a Pentax videographer, Tommy Evans.

In college, I saw my first SLR camera. It was a Canon Tlb that belonged to an art major friend of mine. Up until that point, the nicest camera I’d ever held was my dad’s old Argus C3…a decent camera, but nothing like this Canon. There was something magical about looking at the world through that camera and the pictures it turned out were extraordinary! I had to have one! I began reading everything I could find about photography. As a result, I knew about film, filters, and lenses long before I even owned a camera of my own. I didn’t have enough money to buy a Canon like my friend’s, so I had to settle for a used Yashica SLR that I bought from a pawnshop. I always tried to get the best lenses I could afford for my camera, and since my Yashica took thread-mount lenses, that meant putting Pentax Takumar lenses on it. I’ve been a Pentax guy ever since.

Eventually, photography became a passionate hobby for me, just as it is for most of us here on the Pentax forum. I was working in a warehouse, but spending all of my spare time taking pictures or reading about photography. In 1979, one of my best friends asked if I’d be interested in applying for a job at a local TV station as a cameraman. He knew how obsessed I was about photography and thought I might be a good candidate for the job. This seemed to me to be a way to somewhat combine my hobby with my livelihood, so I decided to give it a shot. Luckily, I got the job and went to work running a studio camera. This station also did a lot of video production, creating commercials for a wide variety of clients. I have to admit that it was a bit like being a kid in a candy store. After so many years of only wishing for gear, suddenly I had access to more lights, stands, gobos, scrims, and props than I could ever want. My interest in photography gave me a bit of an edge over my co-workers and I soon began working almost solely on commercials. One of the side effects of doing so much commercial production was that it fulfilled the creative urge within me that I’d previously satisfied by doing still photography. The more production work I did…the fewer and fewer still pictures I took. It wasn’t until I accepted a job as a tape operator within the station, and moved away from commercial production, that my interest in still photography began to return. Almost from the very beginning, my photographic hero had been Ernst Haas. I felt that, if I could ever learn to take photos even remotely like his, I would be a happy camper. I knew Ernst Haas taught workshops in color photography at the Maine Photographic Workshops, so I began saving up money to pay for enrollment in one of his classes. Unfortunately, Mr. Haas died the year before I finally had enough money to send myself to Maine. I decided to go ahead and attend a workshop in Maine anyway, so I enrolled in the Color Photography workshop that was being taught by Sam Abell, a long time National Geographic photographer. It was a very good decision.

My experience at the workshop went extremely well and, as a parting word of advice, Sam suggested that I try and submit some of my pictures to a magazine. Before then, the only thing I’d done with my pictures was show them in competitions at the camera club. When I got back home to Oklahoma City, I put together 40 of my best slides and submitted them to the Tourism Department’s travel magazine. I fully expected my pictures NOT to be of any use to them, so I included a letter explaining that this was my first time to ever submit pictures for publication and any comments or advice they could give me, positive or negative, would be greatly appreciated. One week went by…then two weeks went by…and still I heard nothing. I told myself, “Well…they probably didn’t even think those pictures were worth wasting their time on”. I decided that if I hadn’t heard anything by that coming Friday, I’d go in the following Monday and ask them to return my slides. Somewhere in the early afternoon of that Friday, I got a call from the editor of the magazine. She said, “I’m sorry it’s taken me so long to get in touch with you. I just now got a chance to see your slides. I love them! Is there any chance that you’d be willing to let us hang onto these pictures for a while? I want to use some of them, but I need to see where I can work them in.” I wanted to say, “Lady, if you’re going to use them in one of your magazines, you can keep them for the next five years, as far as I care!” But all I was able to manage was, “Uh…sure…no problem” and I hung up the phone. I stood there with a stunned look on my face and my mouth hanging open. I absolutely could not believe it. The first picture that got used was a shot of a downtown plaza at Christmas time. It was used for the cover of the December issue that year. Over the next 4-5 years, I had numerous other pictures published in the magazine, but only one other was used for a cover shot. That work led to other opportunities and eventually my photos got used on a news set, a calendar, a postcard, and a refrigerator magnet, as well as a variety of other local publications.

Meanwhile, I had gotten stuck in my regular job at the television station. A position came open as the shooter/editor for the marketing department and I decided to apply. The problem was, it had been many years since I’d done commercial production and now only my closest friends knew of my interest in photography. Then…as often happens in life, a bit of luck struck for me. The travel magazine to which I’d been submitting pictures did a feature article on our weatherman. The station owner was so proud that he bought a dozen or so copies of the magazine and spread them around the station for everyone to see. I didn’t know it was going to work out this way, but the cover shot and main article of that issue featured a story on sailing that I’d shot. Suddenly, EVERYONE knew I could shoot! I got the job in the marketing department and it opened a whole new range of experiences for me. For the next five years, I created promotional spots for the station. Twice, I was nominated for an Emmy award, but didn’t win either time. One of my favorite experiences during this time was shooting behind-the-scenes footage from inside our weather center during the May 3, 1999 tornado that tore up Oklahoma City. The footage I shot that day has been used on CBS, the Discovery Channel, the Learning Channel, the National Geographic Channel, and various other outlets.

Five years after I went to work in the marketing department, another opportunity came knocking. One that seemed tailor-made for me. The Oklahoma Dept. of Tourism was looking for people to shoot and edit their weekly television show, “Discover Oklahoma”. It was a pretty scary proposition for me. On the one hand, it was a chance to do much the same thing on video that I was spending my OWN money to do in my spare time…travel around Oklahoma and shoot pictures. But, on the other hand, I’d be giving up the 21 years I’d put in at the TV station. With very mixed emotions, I took my resume tape downtown to the Dept. of Tourism offices. When I walked through the front door, the first thing I saw was a display of the Tourism Department’s travel magazines, including one of the issues that had a photo of mine on the cover. I decided that was an omen telling me I should take this job.

That pretty much takes me up to where I am today. For the last 9+ years, I’ve been working a dream job that allows me to visit the most interesting people and the most beautiful places in our state, shoot video of what I see, then turn around and share those experiences with our viewers each week. Yes, it’s video and not still photography, but I believe “a camera is a camera”. The truth is it’s a good arrangement. I shoot video to pay the bills and I shoot still photos with nobody to please but myself. On almost every shoot, at some point, someone will say, “You’ve got the best job in the state. You are really lucky!” I always tell them, “Yeah…I know.”