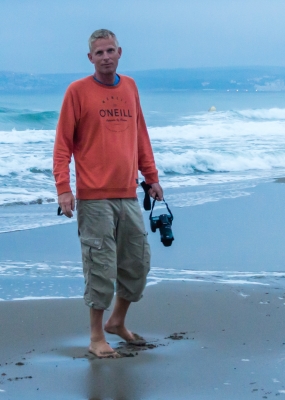 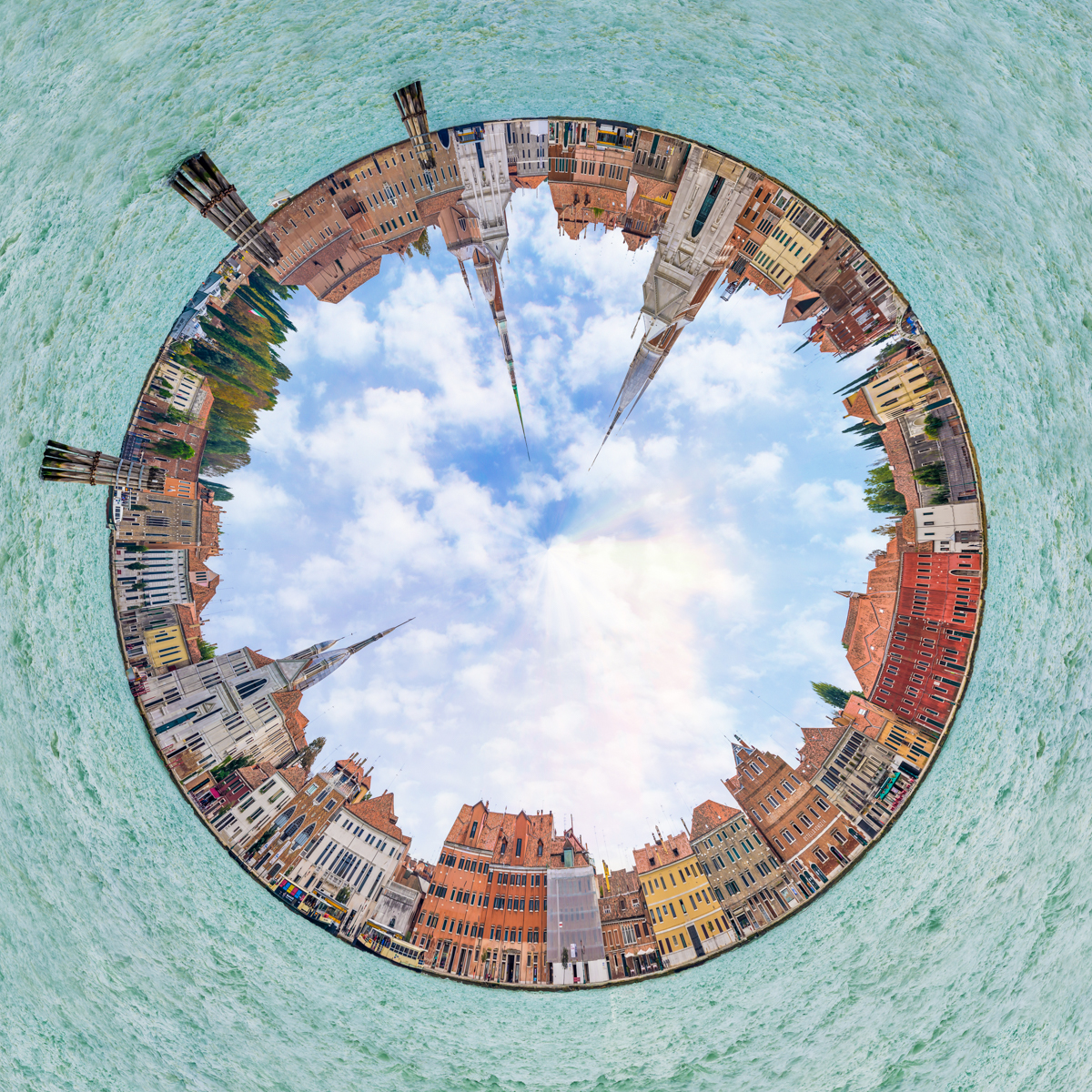 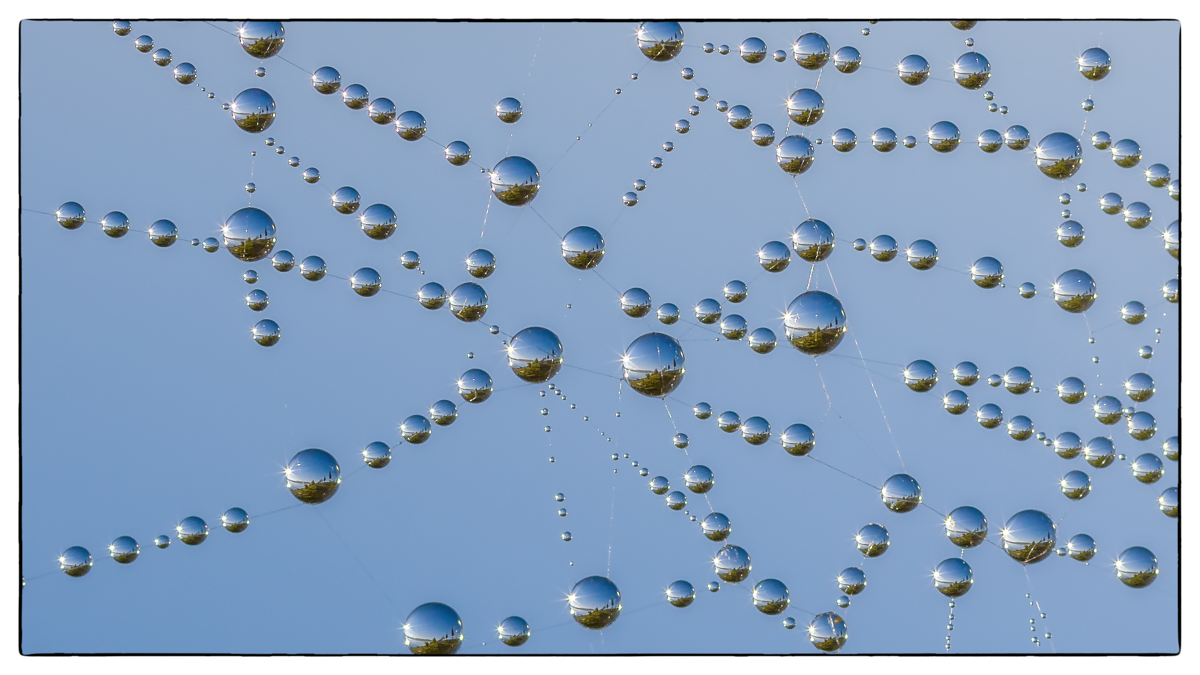 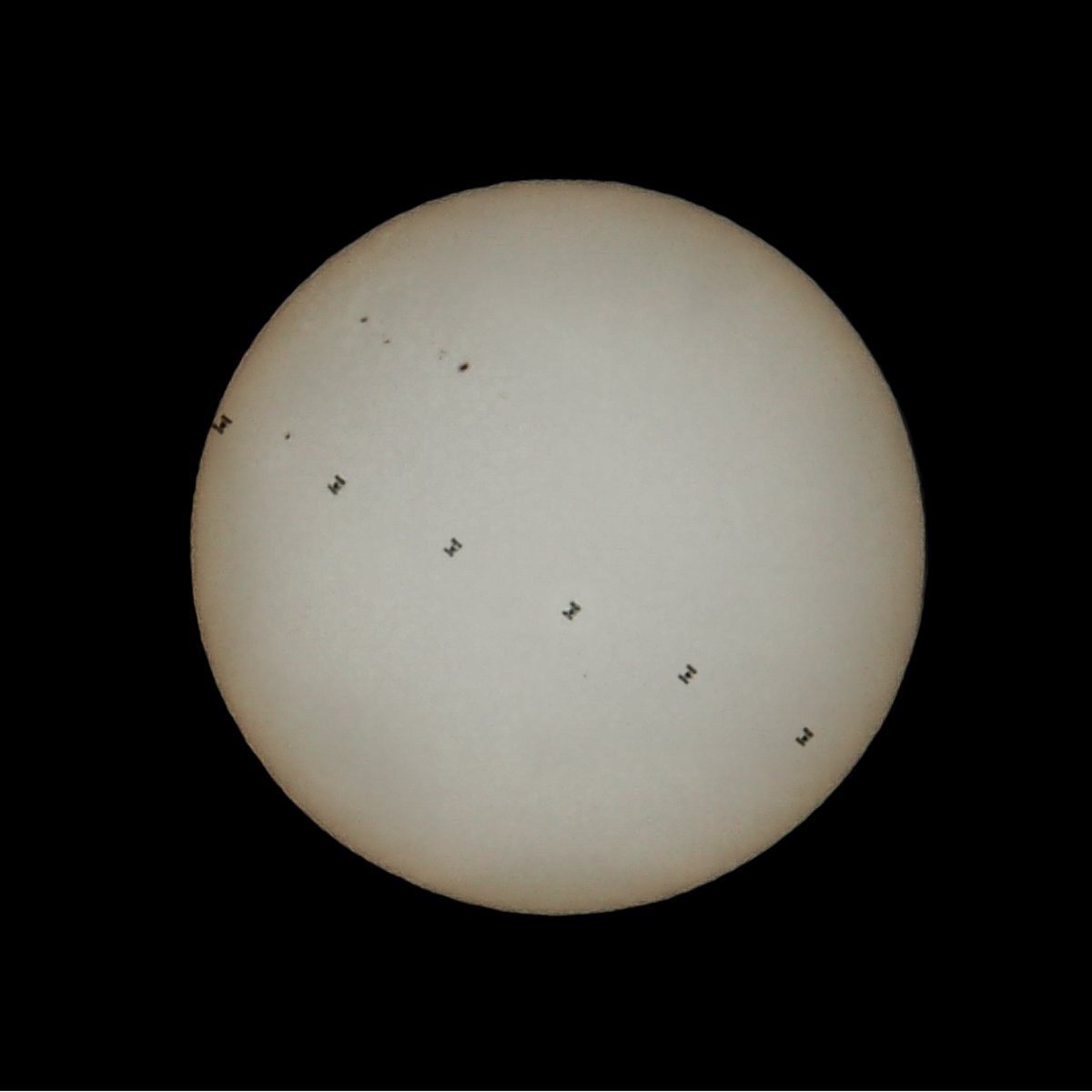 [Image 3 ISS/sun. Subtitle: Fast – the International Space Station ISS passes the sun in a wink of an eye]

The gear I normally use is a Pentax K-3 II and its predecessor the K-5, which both show excellent performance when it comes to squeezing the faintest dim data out of the sensor. I own a camera bag full of standard Pentax lenses besides some beloved analog Pentax glass from the last century, for example an SMC Pentax-A 400mm F5.6 for distant shooting to catch galaxies and faint nebulae. For some months now my DSLR lenses are accompanied by a small 480mm refractor telescope for astrophotography purposes.  I also use it in daylight sometimes. 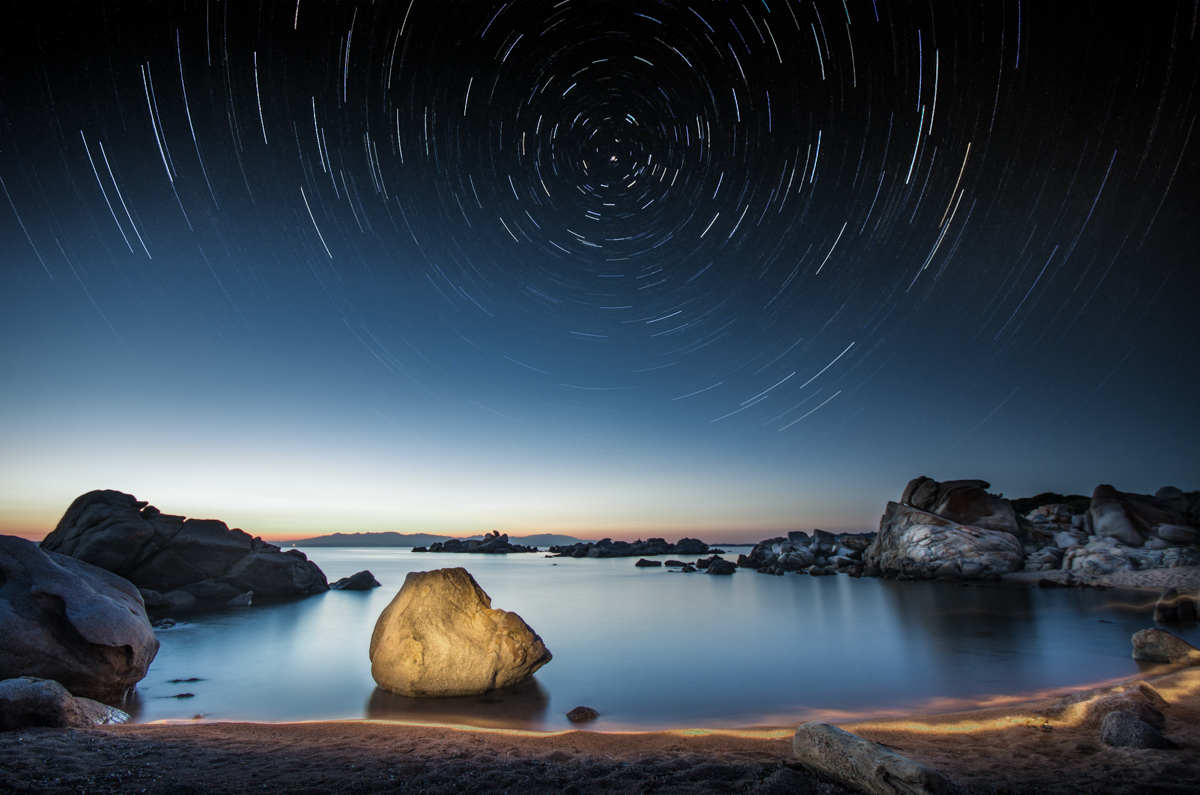 [Img 04 slow (I)– beach in Sardegna with star trails and some light painting. This was my first step into shooting the stars!] 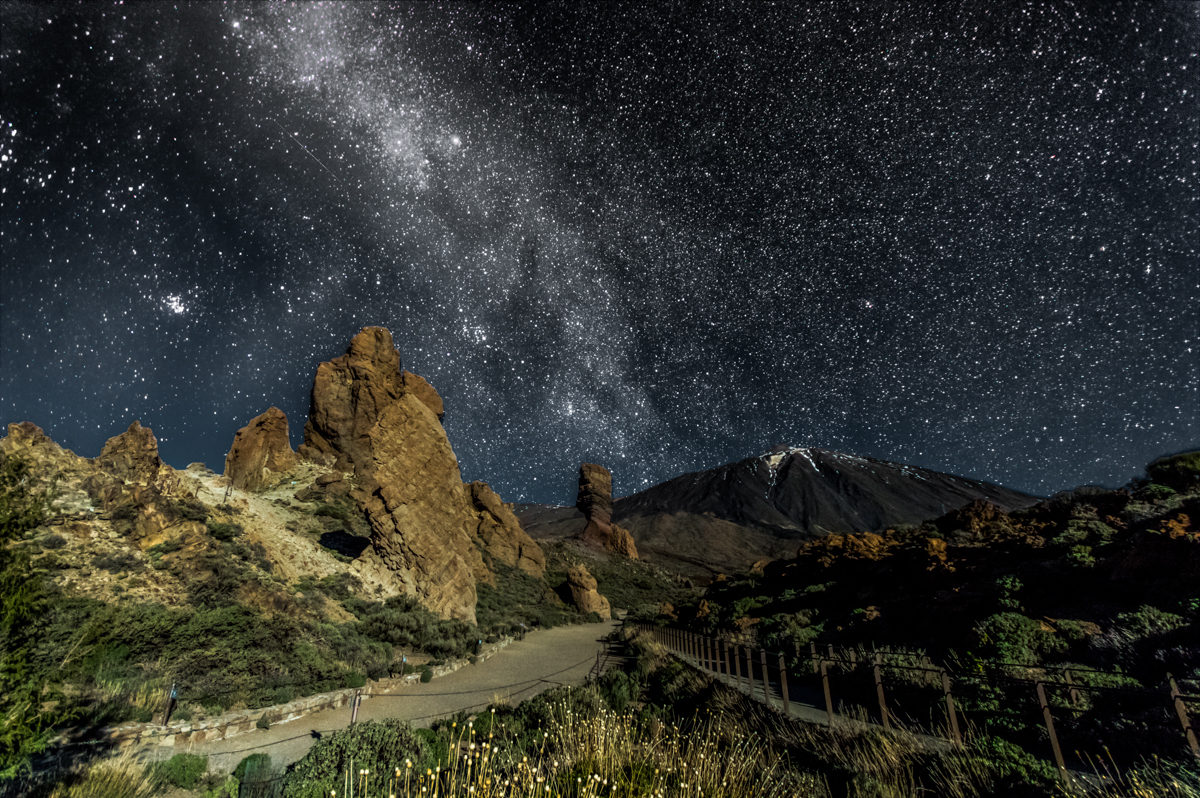 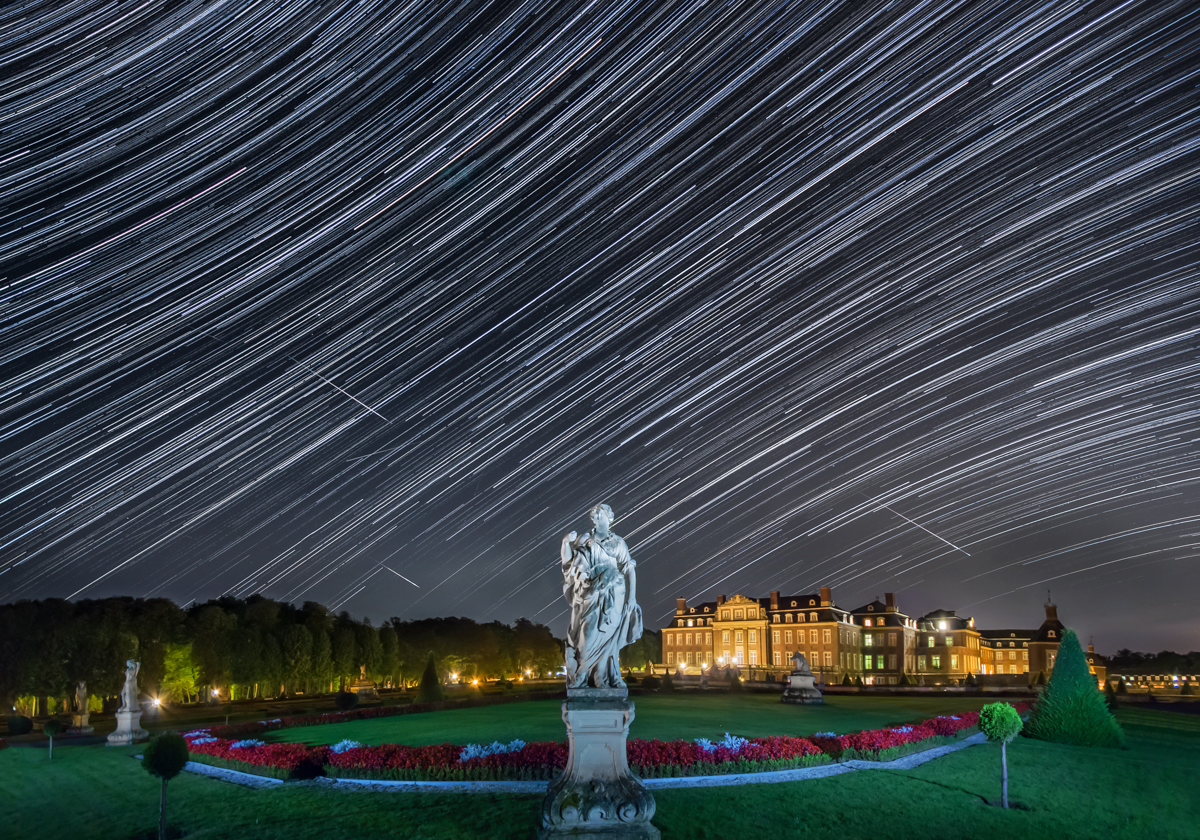 Long exposures resulting in starscapes with star trails are a magic way to present the elapsing time in a night scene. But I also search for other possibilities to visualize changes in time. Modern post processing software makes possible what I call “Time Shift”: 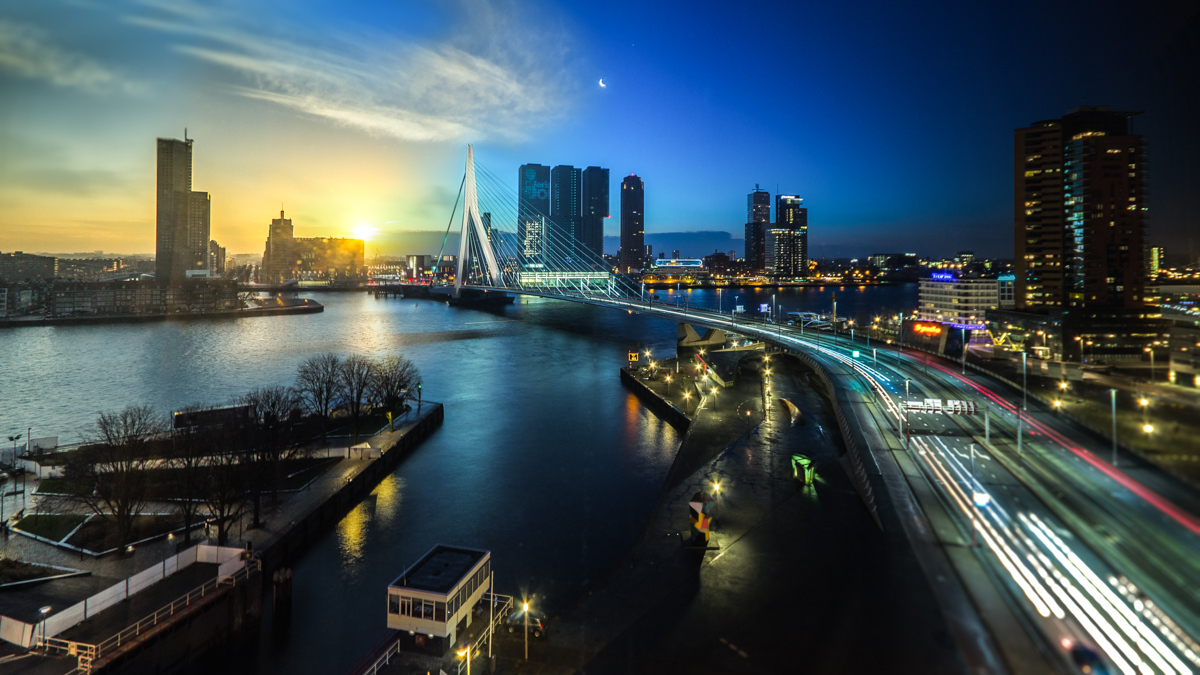 [Img 07 Slow (II) – Time Shift of a whole winter night from 10pm (right) to sunrise at 9am (left) at the Erasmus Bridge in Rotterdam, The Netherlands]

With a modern high performance camera like the K-3 II and open eyes I find my subjects everywhere. Lifting the huge reserves of its low noise 14-bit raw data set at the left side of the histogram brings invisible details to light. 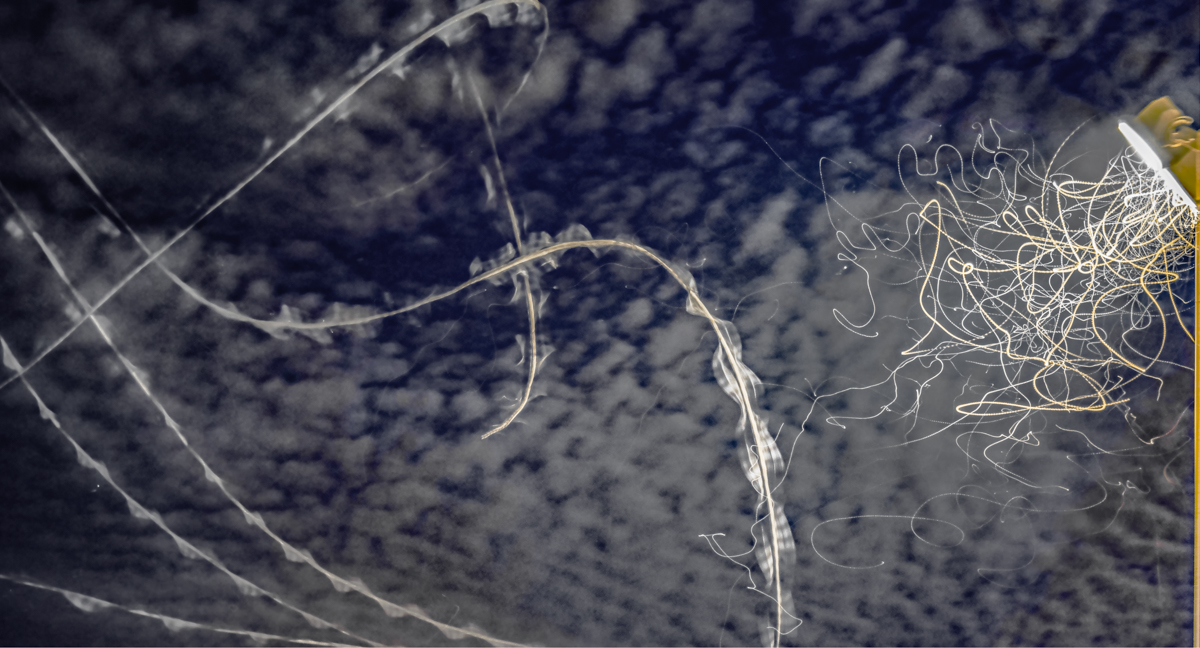 [Img 08 Fast (II) – in a long exposure the flight trails of little bats that chase moths dancing in a floodlight under the cloudy night sky become visible, Spain]

Since the astro bug bit me in 2014 I find myself under the stars whenever it is possible. Most of my astro images are shot from my balcony post in a suburban environment. It was astonishing for me to find out that astrophotography even makes fun and sense under the light polluted skies of my hometown. In the beginning I used old analog Pentax lenses as in the following image of Comet Lovejoy and a passing airplane in January 2015. 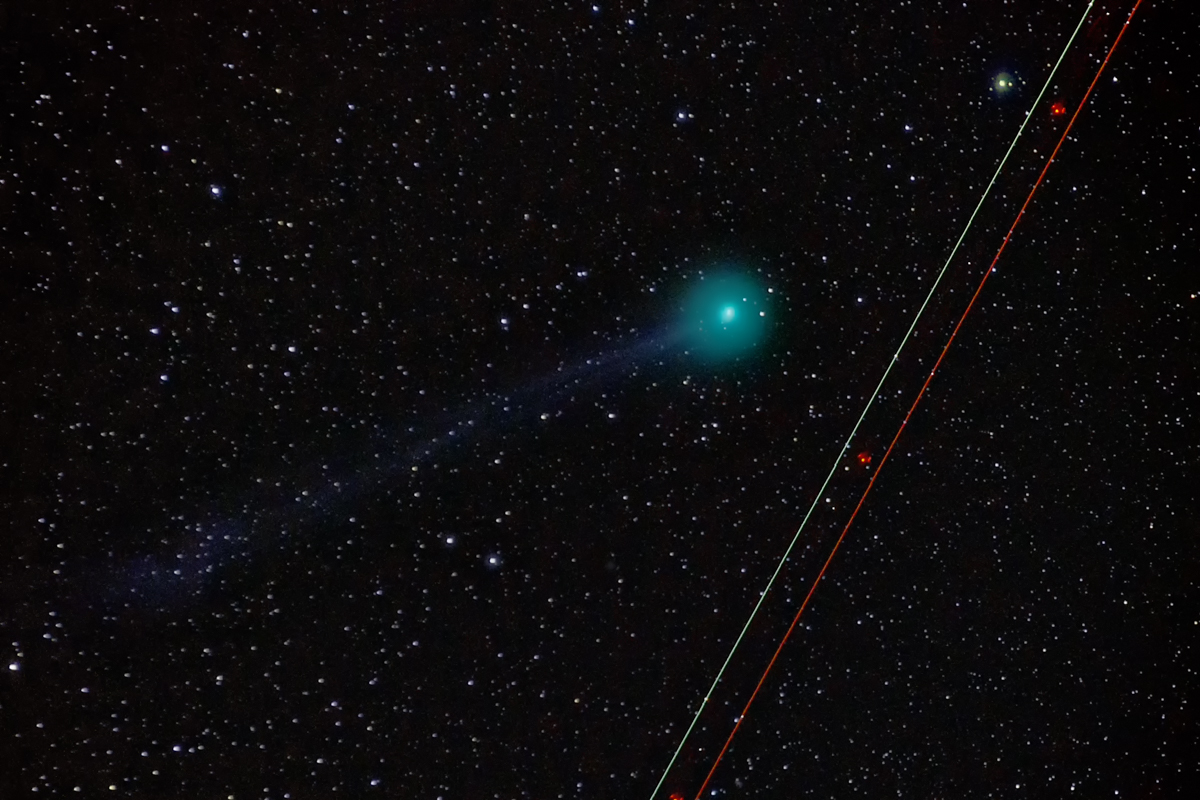 The skies are full of fascinating events worth to stay awake at night and freeze for. One of these was the September 2015 “Blood Moon": 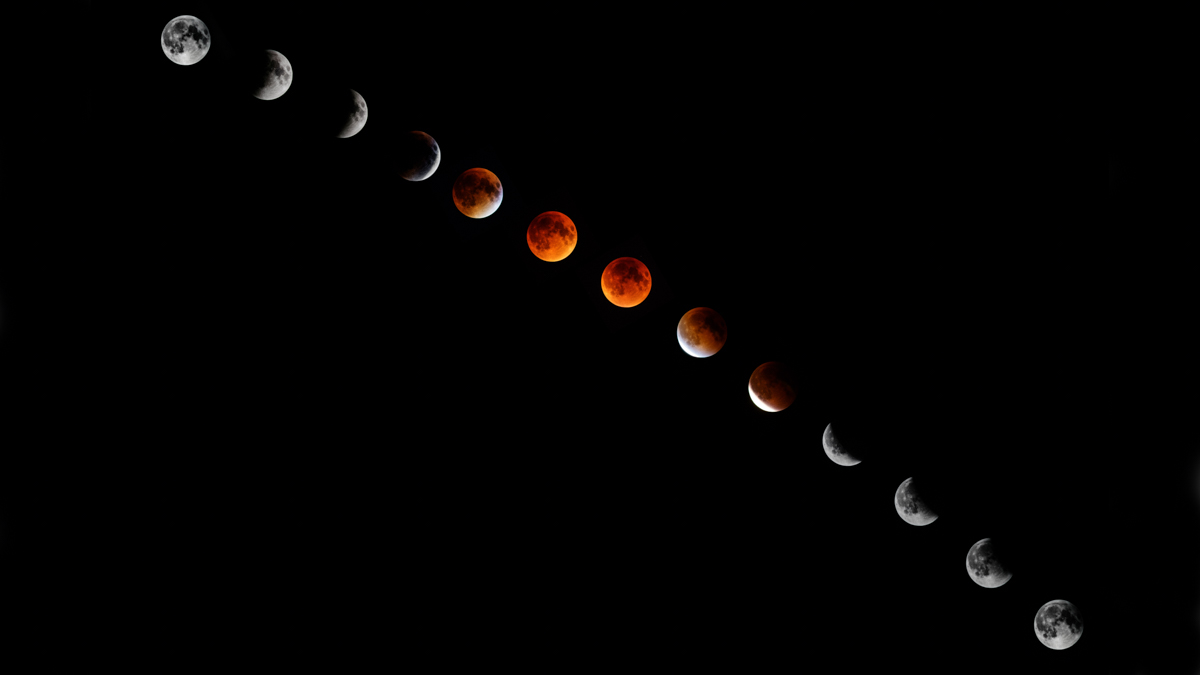 The Pentax flagships have the ingenious Astrotracer technology on board which is a great tool for imaging starscapes and starting into astrophotography. But beyond that there is great astro potential lying idle in the Ricoh/Pentax technology. This treasure could be unearthed by granting the Pentax cameras an interface to the established astro software solutions that frame, focus and trigger astro images from a remote device.

Adapting a K-3 II to a high quality telephoto lens or a telescope opens a window to new sensations: 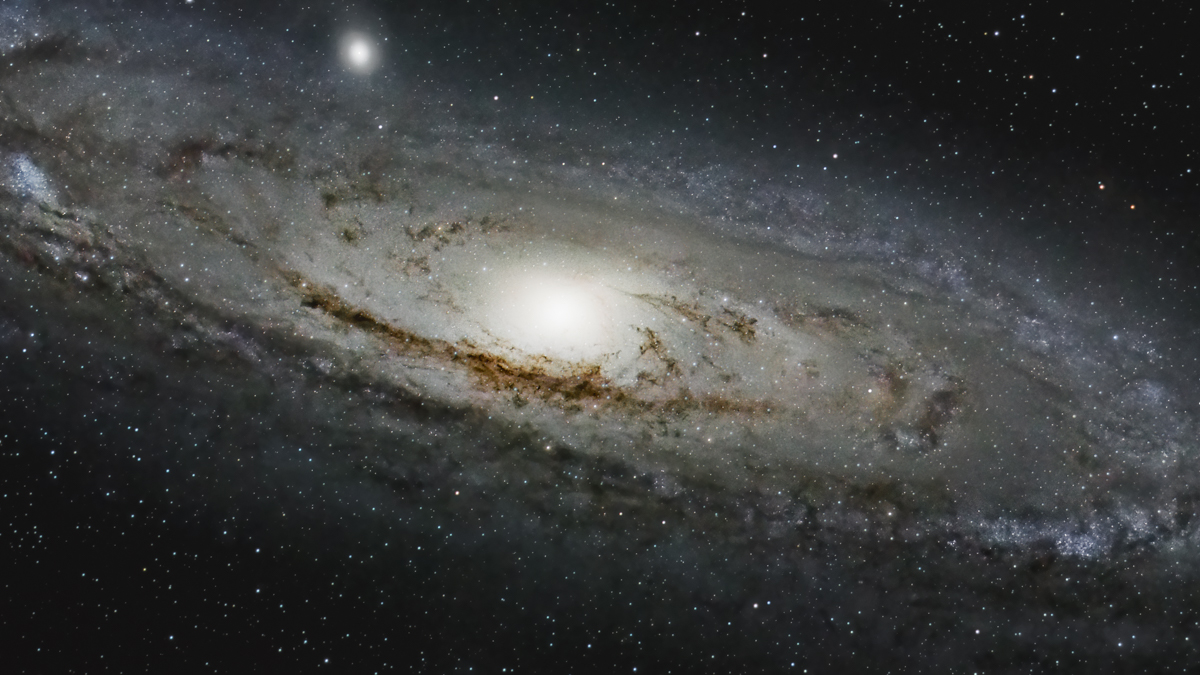 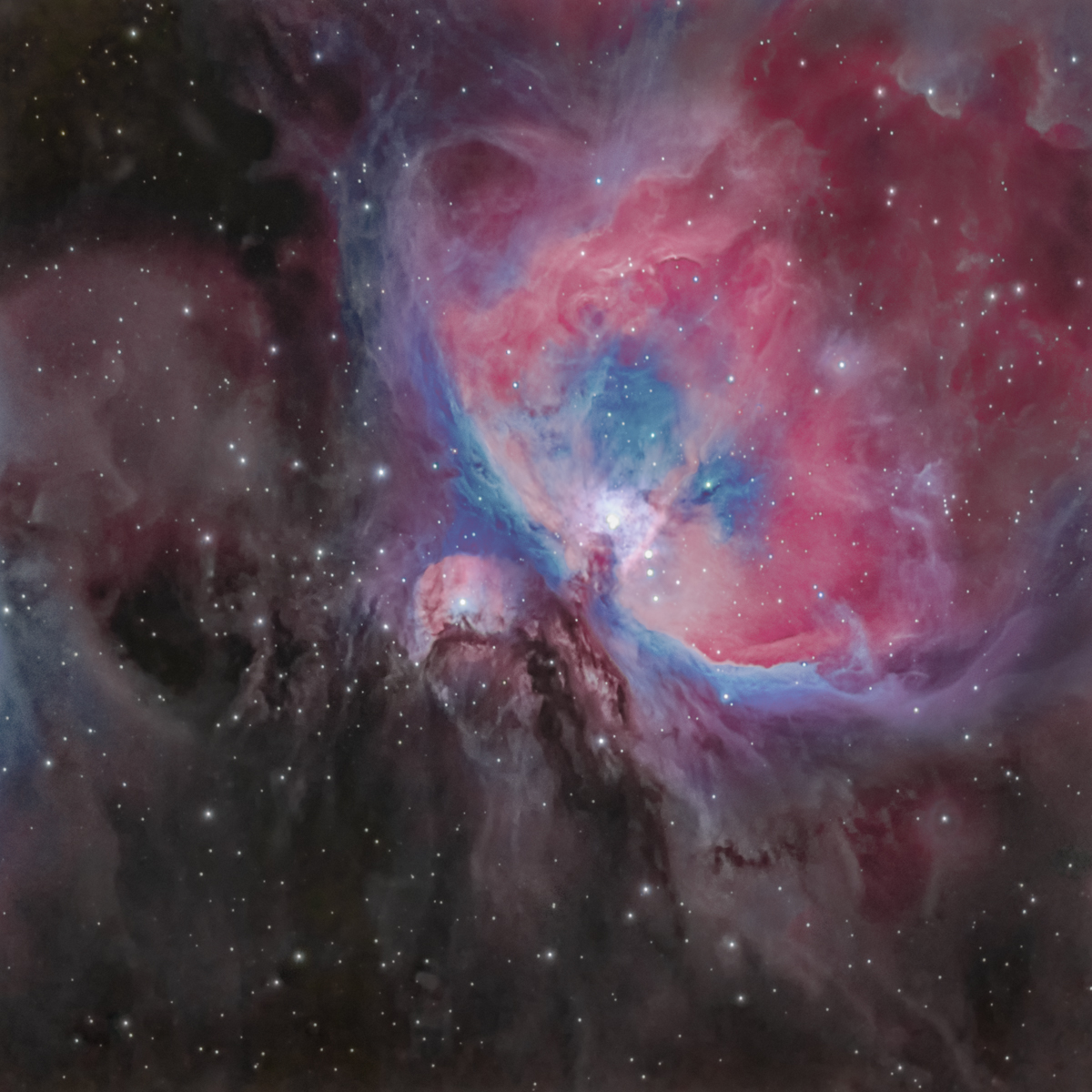 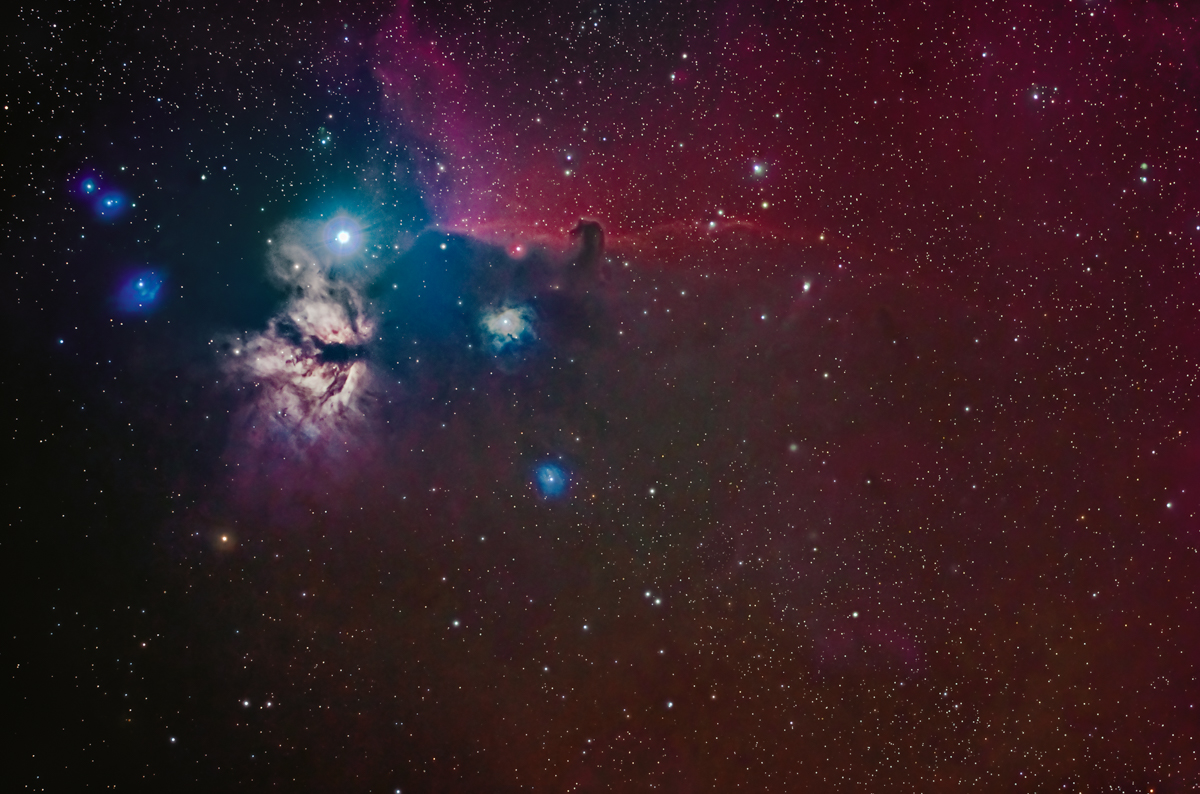 These days I built me a little shelter box named “The Cube” for my astro equipment that is mounted on a balcony post. It gives me more time for imaging instead of rigging. I am sure it is worth it because I have found a passion where even the sky is no limit. 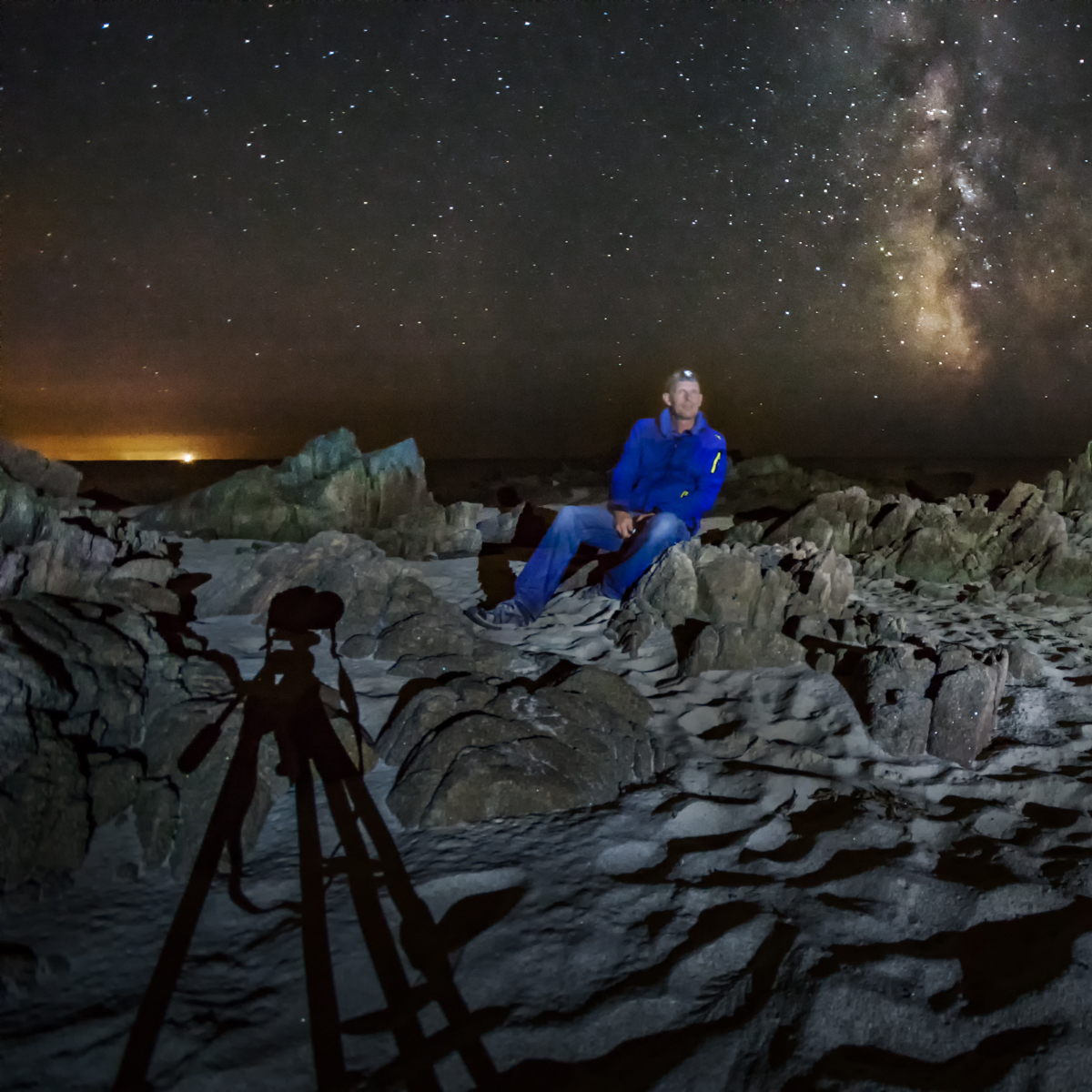 You can find me on the forum under Pete_XL. Some more of my pictures can be found here: