Yesterday the Ricoh Theta S reached the #1 best seller rank on Amazon.com and Amazon.ca within the point-and-shoot camera category.  It has since fallen to the #2 spot on the US site, making way for an $88 Sony compact.  The Theta also holds the #2 spot on Amazon.co.uk.  Amazon updates its rankings hourly, so they are always subject to change.

To put things in perspective, on the US site the Theta ranks as #40 overall in the Camera and Photo category, well ahead of the most popular DSLR (the Canon Rebel T5) at #63. The most popular Pentax DSLR (the K-50) currently ranks just below #1000 within the Camera and Photo category, while securing the #37 spot among DSLRs amidst an ocean of Canon and Nikon offerings.

As the latest spherical model, the Theta S delivers high-quality 360-degree images in an ergonomic and user-friendly package.  It started shipping at the beginning of this year.  New features introduced in this model include live view, video recording/playback via a smartphone, and more than twice the effective resolution of previous Thetas.  Learn more in our in-depth Ricoh Theta S review. 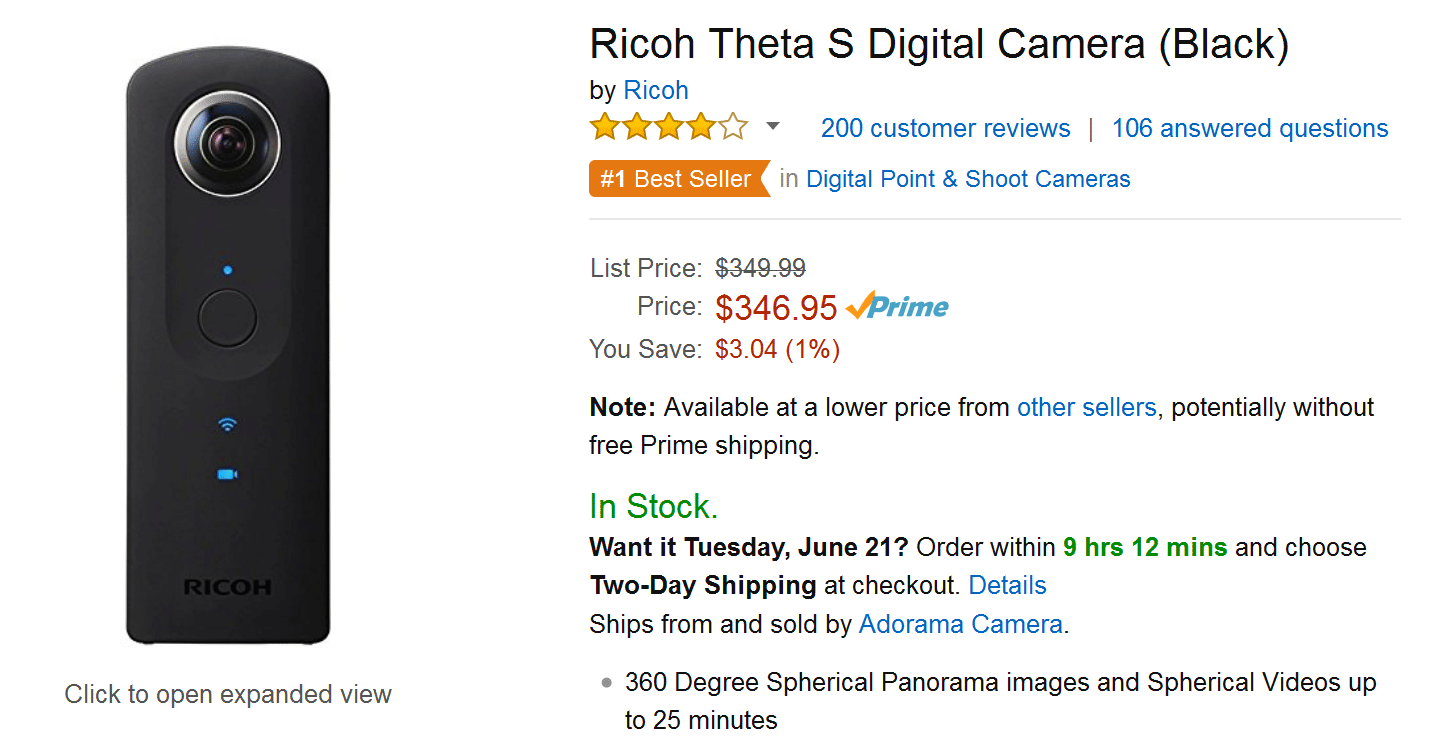 The Theta's success shows the importance of innovation as users shift their demands within the camera market.  Interestingly, the Theta S managed to secure its spot at the top of the list despite being among one of the most expensive cameras in its category. But as 360-degree cameras become more common in future years, will the Theta be able to maintain its momentum alongside an increasing number of competitors?  As a pioneer in consumer spherical imaging, Ricoh Imaging certainly has a big opportunity ahead of it.

While the original Ricoh Theta wasn't launched until November, 2013, we got our first glipse at Pentax Ricoh's spherical lens at Photokina 2012. 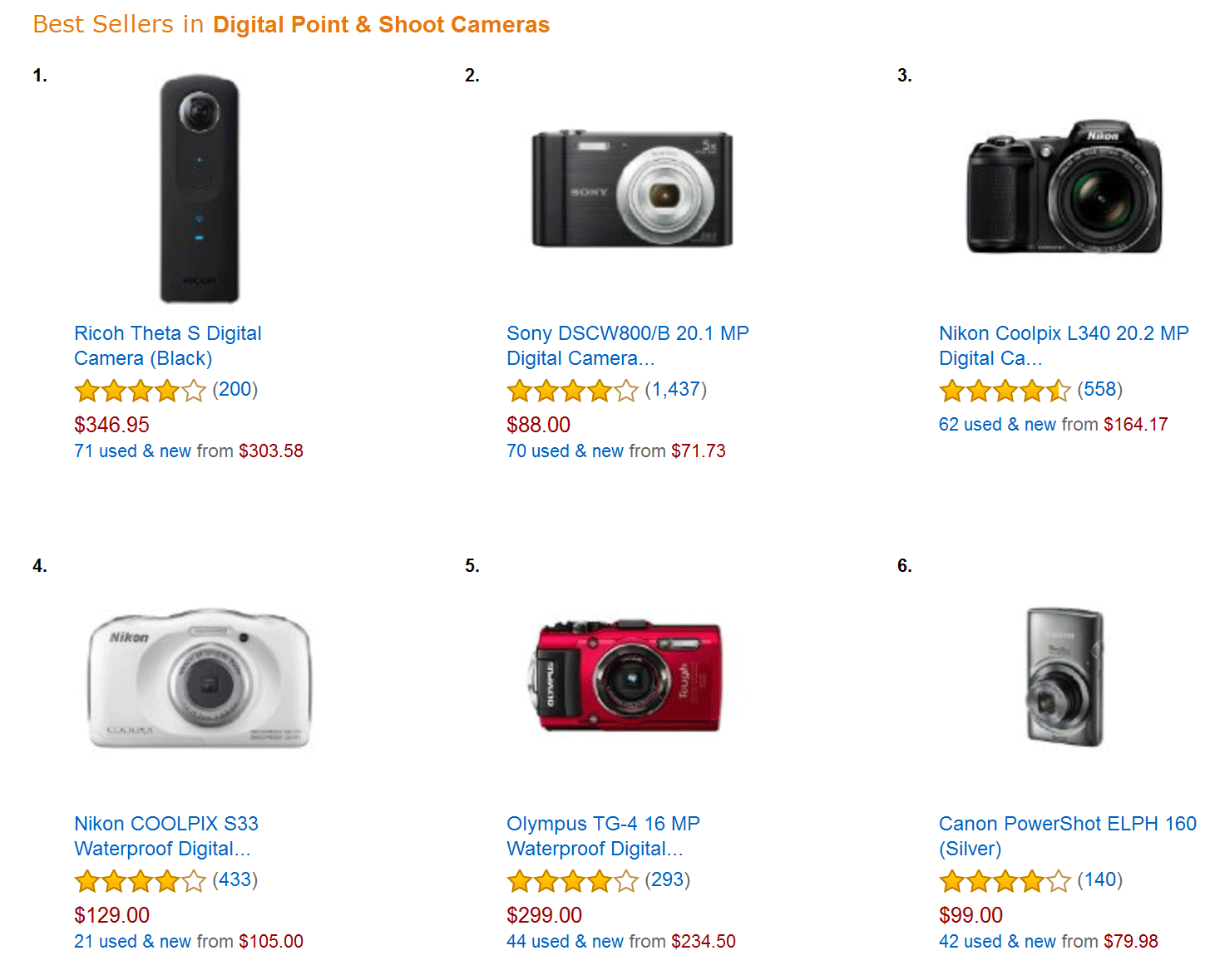 Photos from the Theta can be viewed as traditional JPEG files, or interactively on theta360.com, the Ricoh Theta desktop software, and the Theta smartphone app.  See an interactive example below:

The Theta S costs $346 USD / $449 CAD / £299 and is available from Amazon's worldwide sites as well as photo retailers and Ricoh Imaging itself.

Although the Theta is selling very well, it does not appear to have a significant following among Pentax users.  You can help change that: if you own a Theta or ar considering one, visit the Ricoh Theta Spherical Society in the Round on the forum!  This neat little camera is not to be overlooked.