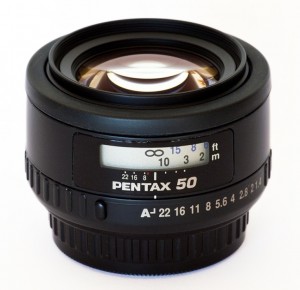 As was announced at the 2012 CP+ show, Pentax will soon be releasing a new DA 50mm F1.8 lens targeted at the intro-level market.  They have no plans to discontinue their full-frame FA 50mm F1.4 lens, however, which has been available for over a decade and continues to be one of the most cost-effective Pentax lenses out there, even on digital bodies.

On our site, the FA 50mm has over 100 user reviews, making it one of the most popular Pentax lenses as well. Its average price range is $250-$300 and it is available new in the US for $359.  We've recently improved our in-depth review of this lens, and we hope you'll find it helpful!