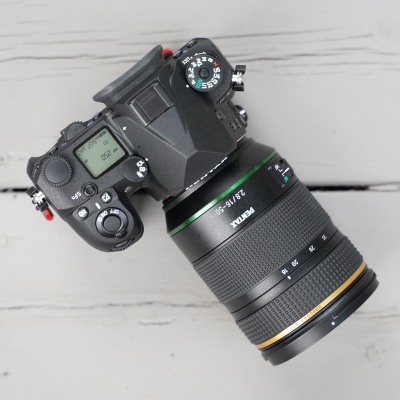 Prior to its debut in March 2021, the Pentax K-3 Mark III (also written K-3 III) was without a doubt the most anticipated Pentax camera since the full-frame K-1.  With an ISO range of up to 1.6 million, 12 FPS burst shooting, 101 autofocus points, and 4K video support, the Pentax K-3 III is also the most technologically capable Pentax to date and a worthy new APS-C flagship DSLR offering.

And yet, these top-tier specifications are not really what makes the K-3 III stand out.  This is a DSLR launched during a time when mirrorless camera have become the industry standard.  With this in mind, Pentax engineers focused on less technical aspects such as the optical viewfinder, handling, and simplified shooting with manual lenses to truly showcase what makes Pentax cameras special.  To that end, for instance, the K-3 III's viewfinder boasts 1.05x magnification (the largest in any APS-C camera), which puts the size of the viewfinder on par with that of a full-frame DSLR.

It also turns out that at $1999, the Pentax K-3 III is also the most expensive APS-C model to date.  Do the K-3 III's performance and character justify its pricetag?  Is it worth updating from an older model or worth considering this camera (and DSLRs in general) over mirrorless?  We put the K-3 III through its paces in our in-depth review to find out!