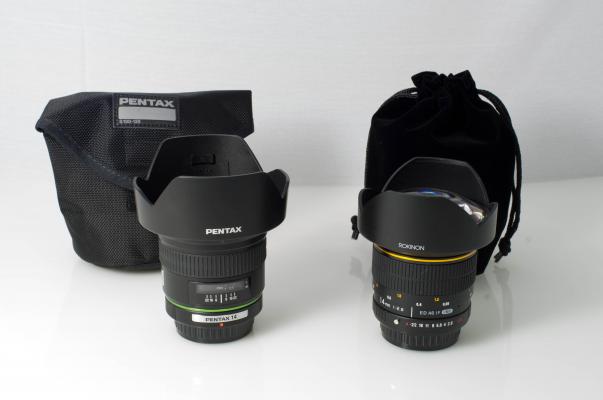 The SMC Pentax-DA 14mm F2.8 lens is somewhat of a mystery.  It has been around ever since Pentax launched the DA lens series, but it doesn't get nearly as much attention on our forum or in our user reviews as the newer Pentax primes do.  So, we decided to take a closer look at this lens ourselves to see how it performs compared to the recently-reviewed Pentax 15mm F4 Limited,  While we were at it, we had B&H send us a Rokinon 14mm F2.8 lens, which is affordably priced at just $399, to use as a comparative benchmark.

Read our in-depth Pentax 14mm review to find out how the Pentax 14mm matches up against the Rokinon and the 15mm Limited!