To celebrate our 5th birthday, we will be giving away 50 genuine Pentax remote control F's to members of our forum! 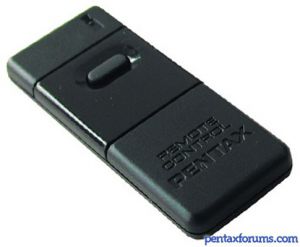 How to win the Think Tank case or a Topaz plugin

Celebrate our birthday together with us! In a designated giveaway thread, post a photo of a gathering or event you held (can be on or after September 6th but no later than September 30th) to celebrate. The top 3 most festive photos will win, and the winners will be able to pick their prize. First place gets first pick, and so on.The plugins offered will include Topaz DeNoise and Topaz BW Effects.

How to win a remote control

Each day from September 6th until September 10th, 1 or 2 threads will be posted in a special section of the forum. In each thread, 5-10 remotes will be given away to users who reply as listed below:

Note that you can only make one post forum every 30 seconds. Try to time your replies so that you hit a winning reply number. Also, stay alert during the hours of thread opening, as we can open the threads at any time in the given interval! Good luck!

No more than 2 remotes can be won per user. Allow 6-8 weeks for delivery via First Class mail. Only users who registered prior to the posting of each giveaway thread are eligible to win in that thread. Users with duplicate accounts will be disqualified from the competition. Remotes ship worldwide. See discussion thread for disclaimers.