Now in our Pentax lens database 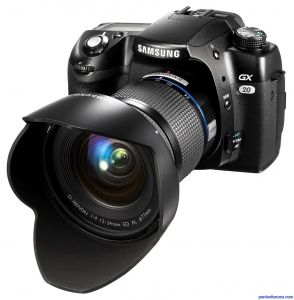 Did you know that many modern Pentax lenses have been sold under the Samsung brand? We have now eneterd all Samsung and Schneider-Kreuznach K-mount lenses in our Third-party Pentax Lens Database. This database is not only for technical specifications, it is also is open for member lens reviews.

Samsung had a brief stint marketing K-mount DSLR cameras based on Pentax models. The last one was the GX-20 introduced in 2008, and shown in the illustration above. It was based on the Pentax K20D, which, as a part of this cooperation, had a Samsung-manufactured sensor.

Back to the lenses marketed by Samsung: they ended up having a total of eight rebadged Pentax lenses for their Pentax clone DSLRs. Initially the lenses were branded as Schneider-Kreuznach lenses under an agreement with that German lens manufacturer. These lenses would have the Schneider-Kreuznach name engraved around the front lens or at the lens barrel and be called D-Xenon (DA clone) or D-Xenogon (D FA/FA clone). The accessories (lens hood and lens cases), however, all had the Samsung name, and the Pentax-DA lens derivatives would also sport the Samsung name on the name plate on the left side near the lens mount. Somewhat of a branding mess. 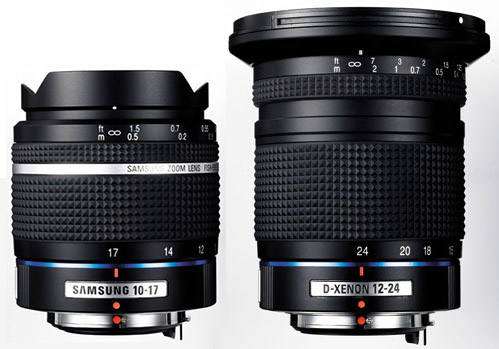 It has not been possible these many years later to find out with certainty which lenses were introduced initially under the Schneider-Kreuznach name and if they all made the transition to the Samsung name. We are also short on photos of the lenses; if you own any of these please forward photos to one of the administrators for inclusion in the database. Of particular interest are photos that show the engraved name on the front and near the lens mount.

Here is what we've learned after doing a little bit of research:

* "Yes" according to press releases, but we have not seen images of or EXIF information from this lens confirming that it actually made it to the market 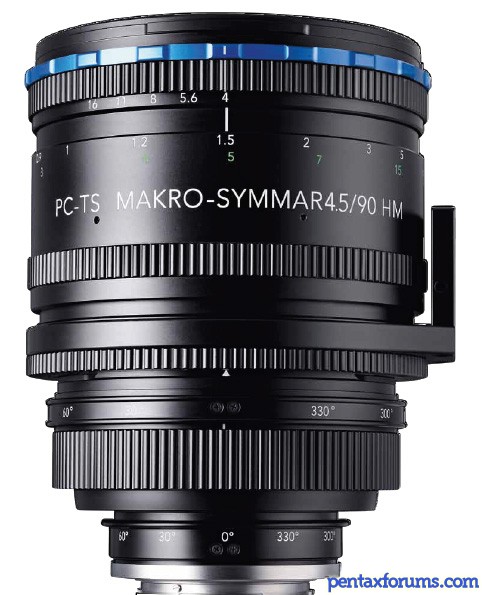 These tilt-shift lenses sure look the part, but so do the prices, which start at in the high $3000's.

Another thing that's interesting is that on its website, Samsung flaunts the fact that Samsung DSLR lenses were produced by Schneider-Kreuznach, making no mention of Pentax whatsoever.