The Year 2014 from a Pentax User's Perspective

Looking back at the highlights of 2014

Happy New Year, everyone!  Before we get too far into 2015, we wanted to take a look at the highlights of 2014 from the perspective of a Pentax user.  We will be looking not only at Pentax products and the state of Ricoh Imaging, but also news and developments right here on PentaxForums.com.

It all went by so quickly, but 2014 was actually quite an eventful year for the Pentax community.  Despite a continuing decline in global camera sales for the photo industry as a whole, the current outlook for Ricoh Imaging and Pentax products remains positive.  As we learned at Photokina 2014, not only is Ricoh Imaging profitable, but Pentax products are gaining market share relative to the competition.

First and foremost, we would like to thank all of our members for helping make our community what is is today: we couldn't have made it without your support of our site or your passion for Pentax products.  In early December, our Pentax Forum surpassed the 3 million post mark.  Pentaxians around the world should be proud that they have a discussion site that rivals those of much bigger brands.

To celebrate this milestone, we gave away an FA 31mm Limited lens.  It happened to be won by RonHendriks1966, and we're sure you will soon hear about his experience with the lens on the forum.

While there was only one 2014 Pentax product announcement that we would consider groundbreaking (the Pentax 645Z), the Pentax/Ricoh camera system is now more compelling than ever.  As the company continues to fill gaps in its three key lineups (K-mount, medium format, and compact mirrorless), many products are also becoming more easily accessible outside of Japan.  In addition, 2014 brought many more Pentax sales and promotions than prior years, something that we believe has slowly started to spoil us Pentax users.  Furthermore, these promotions weren't just limited to the US: Australian, Canadian, and European members were also able to take advantage of great holiday deals in their respective regions.  After a brief time-out in 2012 and 2013, the "great value for your money" aspect of the Pentax brand has undoubtedly returned.  There is more to a company than just the products it offers, and we are happy to see that Ricoh Imaging is working on improving its infrastructure, product distribution, and marketing.

Some may see 2014 as more a technological stop-gap year for Ricoh Imaging, since little innovation was in fact presented at this year's trade shows.  Yes, we did get the 645Z, but most of its hardware actually came from the Pentax K-3, originally released in October, 2013.  The two other interchangeable lens cameras launched this year— the K-S1 and Q-S1— placed an emphasis on cosmetics over technology and are very similar to last year's K-50 and Q7 on a hardware level.  Similarly, the majority of Pentax and Ricoh compact cameras are either re-badged versions of older models, minor improvements, or re-badged versions of compacts marketed under a different brand.

With this in mind, we predict that the company will surprise us in 2015 with some exciting new technology.

Third party K-mount lens releases were few and far between, but Sigma did manage to release Pentax versions of 3 interesting products: the 18-35mm F1.8, 30mm F1.4, and USB dock.

Next we will take a look at the most exciting of these products.  For more details on the rest, visit our camera and lens databases. 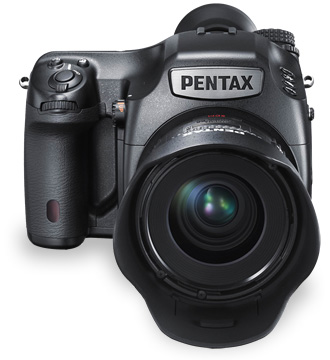 We can sum up the 645Z in just one word: "Wow"!  This camera is likely the biggest home run that Pentax has ever hit.

The 645Z is a 51-megapixel behemoth designed for professional studio and landscape photographers.  While its sensor and image quality are impressive, what really makes this camera unique is the fact that it works and feels like a normal DSLR.  It's so user-friendly that the is virtually no learning curve for users stepping up from smaller DSLR formats.  It also has a handy tilting LCD screen and it's weather sealed; this combination is a first for Pentax.

On top of that, with its $8499 price tag, the 645Z is considerably cheaper than other medium format systems.  Yet it still manages to outshine the competition in key areas, which seals the deal in our books.

The Pentax K-S1 is a bold experiment: this colorful camera is marketed both as a fashion accessory and a premium product.  While certainly a better concept than the Pentax K-01, we have our reservations about this camera for the simple reason that hardly any of our members (or anyone, for that matter) own one.

You can still expect this camera to take great pictures, and its new 20.2-megapixel sensor is commendable, but at the end of the day it really brings nothing new to the table compared to the cheaper, weather-sealed K-50.  It's a good thing that its retail price has managed to drop by some 30% since being introduced a few months ago.

The Pentax Q-S1 plays a similar role as the K-S1, but as a smaller camera available in even more colors, it's bound to do better— at least in the Japanese market, where it belongs.  Except for its appearance, this camera is virtually identical to last year's Q7.

Learn more in our in-depth review of the Q-S1. 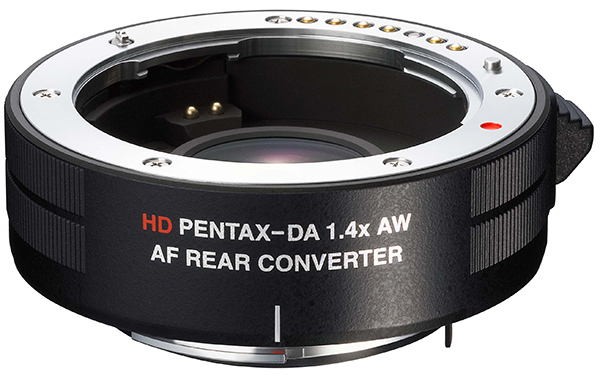 The HD Pentax-DA 1.4x AW AF Rear Converter is a long-overdue accessory that allows Pentax users to get additional reach from telephoto lenses without sacrificing AF or AE functionality.  In our review we found this teleconverter to blow cheaper alternatives out of the water, and thus it deserves to be recognized. 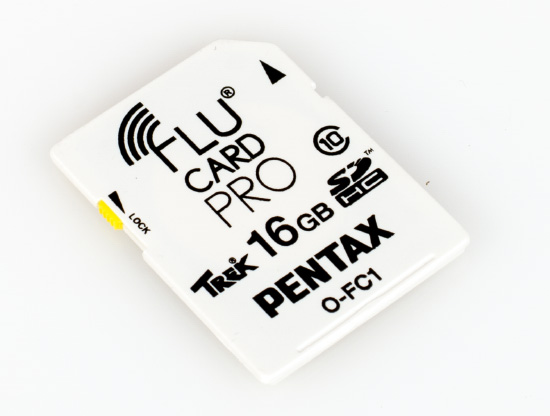 While the wireless range and performance of this card are both lacking, we feel that it's still a noteworthy addition because it represents the start of WiFi-enabled Pentax cameras.  The recently-launched Ricoh WG-30w compact natively features the functionality offered by the FluCard, so we feel that it is only a matter of time before future Pentax DSLRs can be controlled wirelessly without the need for an accessory.

Learn more in the FluCard review and walkthrough.

We ramped up not only the number of giveaways we held in 2014, but also the juiciness of the prizes. 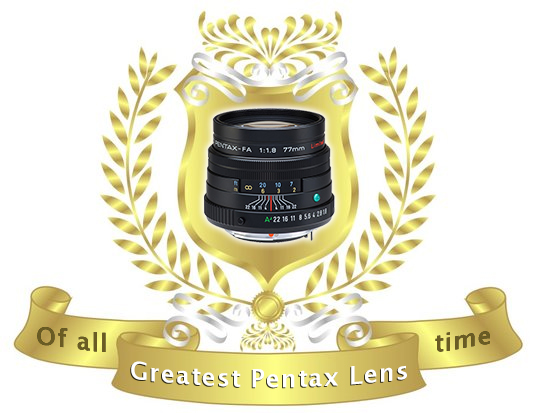 The FA 77mm Limited lens ended up defeating the FA 31mm in the final round of the tournament, making it the greatest Pentax lens of all time.  A tournament for third-party lenses awaits! 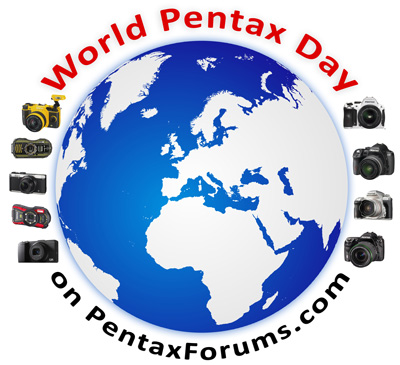 We brought World Pentax Day back in 2014, but it did not prove to be as engaging as previous events: the gallery only saw some 750 submissions.  Going forward, we will continue to explore ways to make this event more fun for members. 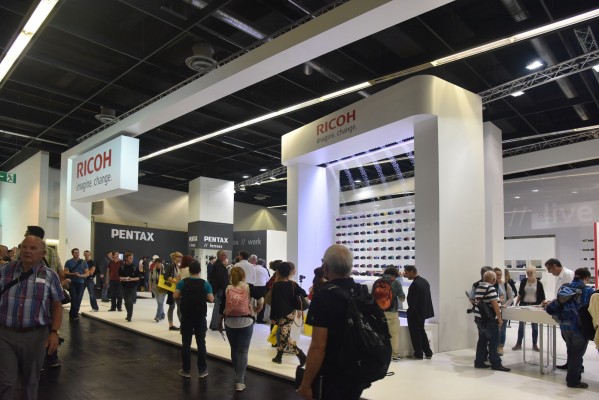 Trade shows are an important part of our homepage Pentax news coverage; in 2014, we attended CP+ 2014 in Tokyo and Photokina 2014 in Cologne.  This resulted in two interviews with Ricoh Imaging representatives: one from each show (CP+ Interview | Photokina Interview).

As we mentioned earlier in this post, Photokina gave us valuable insight into the current state of Ricoh Imaging, as well as the company's future direction.

In terms of products, we know that two big K-mount lenses are on the horizon.  It wouldn't be surprising if we saw them at CP+ 2015 (which we will also be covering). 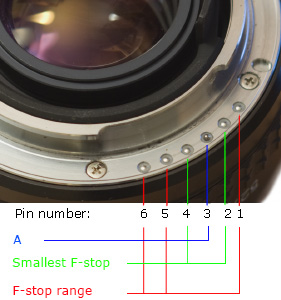 One of our main goals for 2014, from a content perspective, was to bring you more photographic tutorials and gear guides.  To this end, we published over 30 new articles in the Resource section of our homepage.  A few of the most popular ones include:

In-depth equipment reviews are another key part of our homepage content. We posted a total of 20 camera, lens, and accessory reviews in 2014.  Click here to browse them all.

We are proud to say that in August, 2014, we finally attained our long-term goal of having an in-depth review of every current Pentax K-mount lens.  In 2015, we plan to continue reviewing new Pentax lenses and camers as they are released while also focusing on third-party lenses and accessories.

At Pentax Forums, we're always hard at work behind-the-scenes to improve your everyday browsing experience and to enhance site functionality.

Our key site enhancement for 2014 was the launch of a completely redesigned homepage, which is where you'll find our in-depth reviews, articles, guides, and news coverage.  The new site is not only more visually appealing, but it loads faster and should make it much easier for you to find content on PF. 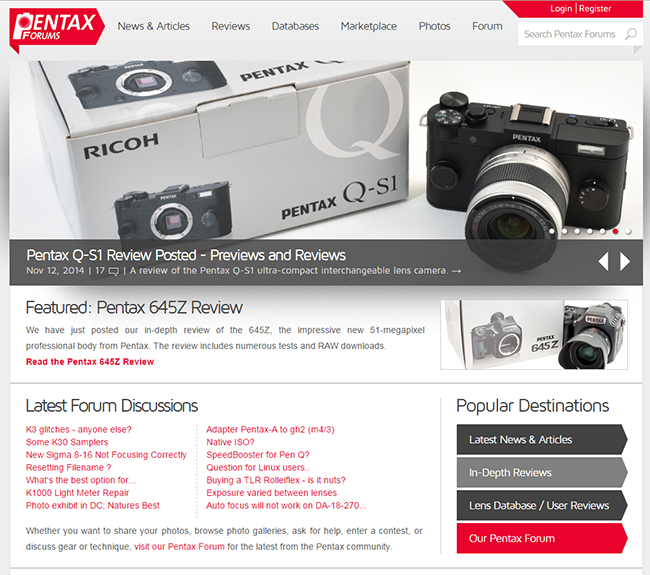 We will continue improving the new homepage in 2015 through better categorization, an enhanced search engine, and the ability for users to follow authors and track comments.

On the forum, you'll find two new ways to discover new photos and browse updated photo threads.  Look for links in the "The Latest" dropdown. 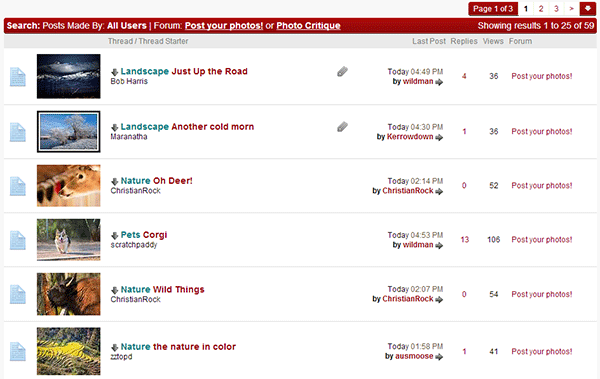 As our forum grows, we know that you won't be interested in every single thread that is posted, or perhaps you'll even want to ignore an entire category.  It's now possible to selectively ignore threads, and entire forms can also be excluded via your User CP Options.

On top of these feature additions, we've been working hard behind the scenes to keep the forum software free of bugs, to optimize performance, and to ensure that e-mail updates are delivered reliably and on time to active users.

We know many of our members dread the phenomenon known as Social Media, but there are thousands of others who discover our site and content through this channel alone.  By the end of 2014, our Facebook page had surpassed 125,000 Likes: an increase of over 50,000 compared to 2013, and 44,000 more than the official US Ricoh Imaging page.  This makes ours the largest Facebook page dedicated to Pentax news.  Follow us to stay on top of our latest content and events!

You'll also find us on Google Plus and Youtube- look for links in the site footer.

To conclude, 2014 has been yet another great year here at Pentax Forums, and we hope the same applies to you and yours.  We will continue working hard to bring you up-to-date news, quality reviews, and helpful guides throughout 2015.

We're also keeping our fingers crossed that in the near future, Ricoh Imaging will launch even more exciting products that could make 2015 even better— like that elusive full-frame!

One last thing: we will shortly be launching our first official photo contest of the year, with a theme of "Best of 2014".  Be sure to find your very best photo, as we'll be featuring an extra-special prize to kick the year off.

Merry Christmas from the PF Team!