Pentax presence for the first time since 2012

Pentax cameras and lenses have finally made a return to PhotoPlus!  For the first time since 2012, Pentax gear has a presence at the PhotoPlus trade show, which runs until Saturday, October 25th at the Javits Center in New York City.  Ricoh Imaging representatives are showcasing the entire K-mount lineup, the 645Z, the new Theta S 360-degree camera, and a special treat: a more refined mockup of the Pentax full frame DSLR that is now complete with buttons, labels, and a working lens mount.

The following photos of the full frame (which is shown with the new D FA 24-70mm) were contributed by forum member eccs19.  Click to enlarge: 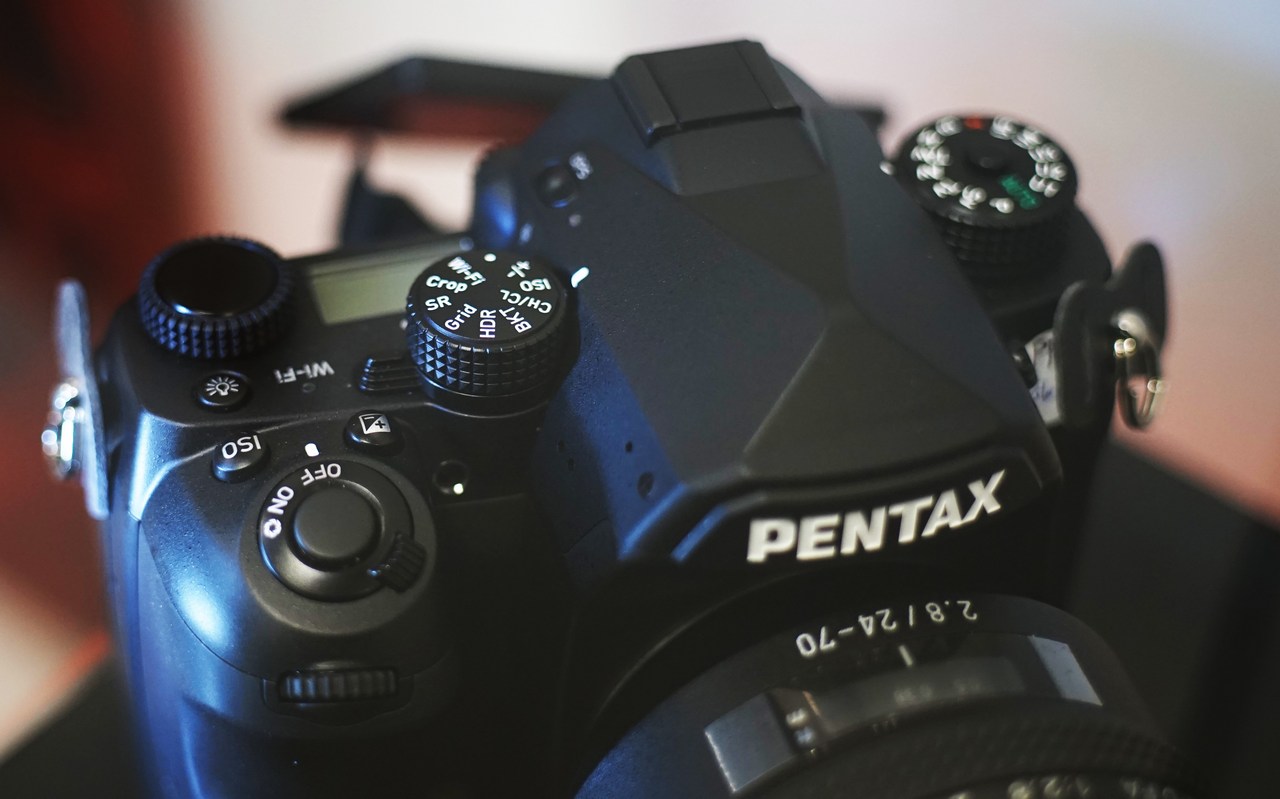 While no concrete specifications for the full frame have thus far been released, we can make a number of assumptions based on these photos:

We expect the camera to be officially announced by CP+ 2016 for a Spring debut.

Our sources indicate that the camera was taken off the PhotoPlus showroom floor on Friday.

Below are photos of the booth itself:

Notice the test stand featuring the 645Z with a PrioLite strobe— a system that enables high-speed sync up to 1/8000s.  The PrioLite system was made available for Pentax cameras this summer.

Plenty of special deals have been launched by the big NYC-based photo retailers.  Among them is a $1500 rebate on the 645Z.