A few new findings about the Pentax K-3 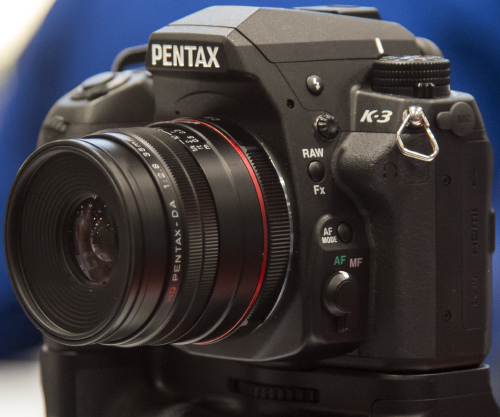 We had yet another chance to try out the Pentax K-3 hands-on at the PhotoPlus tradeshow in NYC, which ended yesterday.  While no production K-3's have reached the US yet, we were told that they will start shipping from Japan late next week, which means that customers will start receiving their K-3's in early to mid November.  In the mean time, Pentax has provided us with a pre-production K-3 featuring firmware version 1.00, so stay tuned for some first impressions in the field, as well as some sample photos!  But for now, let's take a look at what we learned about the K-3 while at the show.

By far the most impressive aspect of the K-3 is its burst mode.  The camera can shoot up to 60 JPEG frames at its maximum burst rate of 8.3 frames per second, as shown in the video below:

The shutter is also surprisingly quiet (just like that of the K-5), which will undoubtedly make users of other DSLRs envious.

The K-3 has gotten a number of refinements and addition to its live view mode.  For example, just like on the Q7, the electronic level bars are now easier to read.  You will also be able to see which image formats and memory card slots have been selected.

Unique to the K-3 is the FLUcard Wi-Fi icon, which flashes until the card is ready to connect to a device, and turns white once an active connection is established. 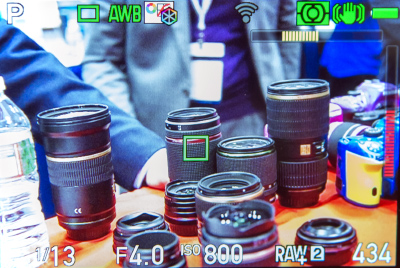 Speaking of the FLUcard, we were told that it was still in early stages of development.  Pre-production cards don't exist yet: only prototypes.  Pentax USA expects to start shipping production cards in December at a price of $99.  The FLUcard will support the following features:

Like the K-30 and the K-50, the K-3 supports focus peaking in live view.  As a manual focus / focus confirmation aid, this feature is the most useful when combined with live view image magnification, another feature that's new to the K-3 (you can now enlarge an arbitrary part of the frame and zoom in and out on the enlargement).

The larger size of K-3's screen (which measures 3.2" diagonally) is easily noticeable and it suits the new camera well!

There aren't many surprises in the K-3's menu; as was to be expected, numerous settings have been added to support the K-3's new features and improved autofocus system.  One thing we'd like to point out is that the complexity of the playback display and info screen has been increased, as more information is now displayed simultaneously on the screen.  This may make it a bit harder to quickly adjust key settings and review shooting parameters.  But in general, the K-3 still has Pentax's simple and intuitive menu system! 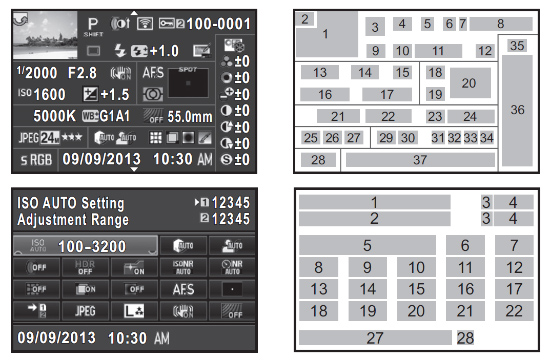 It seems that the K-3 has gotten a slightly more powerful screwdrive AF motor, which means that the focus speed of non-SDM and older lenses will be improved.  In live view, the K-3's constrast detect AF implementation feels like an evolution of the K-5's system rather than an adaptation of the one found in PRIME M cameras.  Through the viewfinder, the autofocus performance seemed no different than that of the K-5 IIs when focusing on a stationary subject, but we can't make a definitive verdict about the autofocus until we carefully examine a production K-3 with a wide range of lenses.  For now, we will say this: while the K-3's has Pentax's most sophisticated AF system to date, improvements made to the AF are probably not as significant as the camera's other enhancements, like the faster overall performance and the robust movie mode.

The K-3's modified button layout will take seasoned K-5 users a bit of time to get used to.  The way autofocus modes are selected has seen a fundamental change, as viewfinder AF is now controlled using the "AF Mode" button on the front of the camera together with the control wheels, much like on newer Nikon DSLRs.  A still/video switch is used to control the behavior of live view and to access movie mode, also like on higher-end Nikon DSLRs; there is no longer a movie mode setting on the mode dial.

The info screen has also seen a redesign as the K-3 no longer has a 3-stop switch for the metering area or autofocus servo mode. 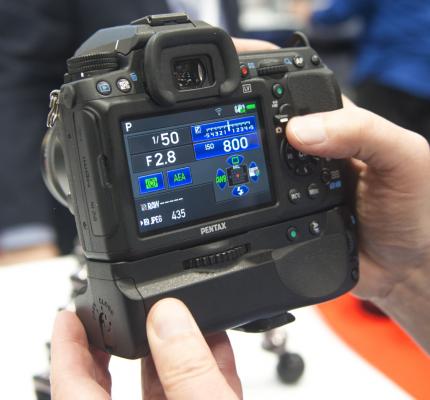 AF points in the viewfinder and in live view can be selected using the new dedicated button, found to the right of the Menu button.  This button also controls which SD slot is used in playback mode.

The K-3, much like its predecessor, has excellent ergonomics.  In your hands, it feels almost like a K-5, though Pentax have made some slight modifications to the body and grip to further enhance the handling experience.  The extra 60 grams of weight that's been added to the K-3 can't really be felt during normal use, but it may prove improve the overall balance when using larger or heavier lenses.

We are rather pleased with what we've seen the K-3 do so far, and we're confident that this camera will exceed the expectations of many enthusiast photographers, especially those upgrading from older Pentax bodies.  Once the production version of the K-3 becomes available, expect us to post some commentary on its image quality and more first impressions followed by our in-depth review.  We are eagerly awaiting to try out the K-3's innovative AA-filter simulator and to see how the camera's dynamic range and noise performance has been improved over the that of the K-5.

One thing is certain: this camera deserves to get much more recognition and exposure than what it has received at PhotoPlus.  An unannounced corner of a shared exhibition booth does not portray Pentax as a serious DSLR maker, and it will likely hurt consumer awareness of the K-3 in the US.  Still, we remain hopeful that this camera will allow Ricoh Imaging to regain the much-needed market share that has been lost in the past years.

Want to be among the first to get a Pentax K-3?  Pre-order yours at B&H and take delivery in November.

The Pentax K-3 is priced at $1299; for more details about the camera, see our detailed K-3 overview.

Pentax Makes it to PhotoPlus 2013!