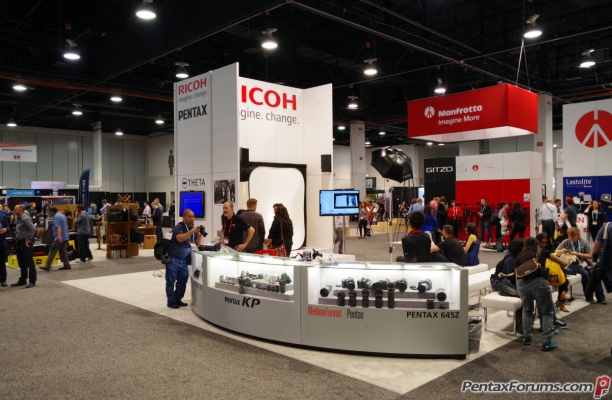 Ricoh Imaging is currently exhibiting at the 2017 WPPI trade show at the Las Vegas Convention Center.  We visited the booth and found the new Pentax KP at the center of attention alongside Pentax's professional full-frame and medium format lineups, and of course the Theta VR.  WPPI is a show primarily aimed at professional wedding / portrait photographers. 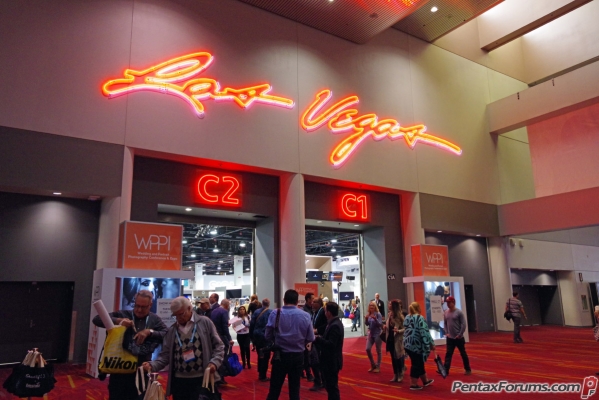 This year's booth was slightly different than in previous years, with a larger and more open tethered portrait shooting setup, three display cases (one each for the KP, K-1, and 645Z systems), but no hands-on tables with these cameras.  Instead, Ricoh Imaging staff members were available to answer questions and furnish cameras/lenses for visitors to play with.

The booth was located farther from the entrance than in previous years, as WPPI had been moved to a new venue.  Ricoh Imaging did not host any 645Z giveaways this year, which previously managed to attract quite a crowd. 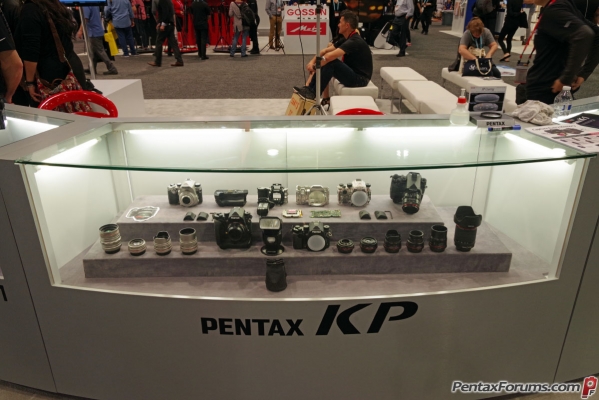 The KP display case, which was in the center and thus the most prominent, featured the KP, its internal components, battery grip, and interchangeable grips.  A full lineup of HD DA limited lenses accompanied each of the two body colors (black and silver)— quite a visually appealing matchup.

As the KP is due for release by the end of February, the models at the show were already running production firmware.  We will report our first impressions along with other interesting discoveries about the camera in a separate article. 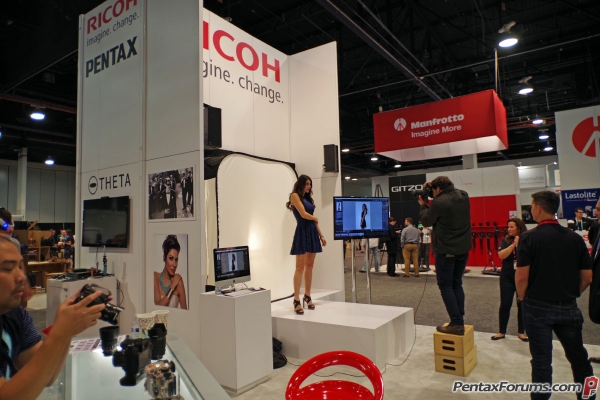 645Z portrait setup at the booth (taken with the KP) 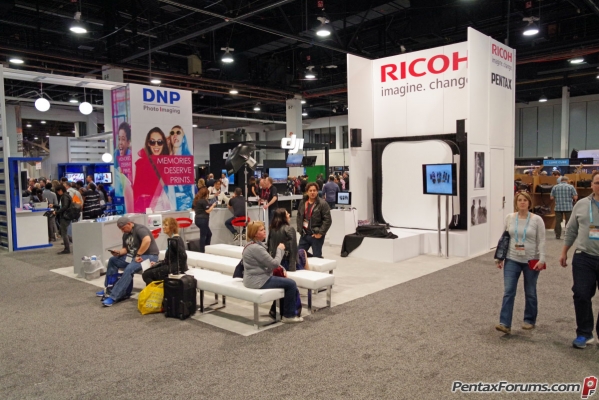 The Theta SC, which represents Ricoh Imaging's highest-volume product lineup, had its own section off to the side featuring a VR headset and live streaming. 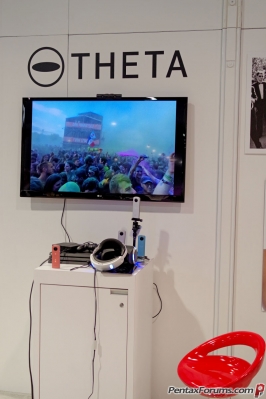 Read more: our hands-on report on the Pentax KP!