Report from the Pentax/Ricoh booth

The 2018 PhotoPlus show opened with a flurry of activity on October 25, at the usual Javits Convention Center on the east side of Manhattan.  The show will continue through the evening of the 27th.

Many things were similar to prior shows, such as Sony's massive logo at the entrance or the yellow Nikon bags given out to everyone.  As the industry continues to evolve, however, so does the mix of exhibitors at the show. Over the years we have seen darkroom and lab equipment disappear; this time there was only one exhibit for such equipment: a small Bessler booth. Also missing from this year's exhibitors was the assortment of drone manufacturers, which were much more prominent in prior years, and at Photokina.  Best Buy was among the new exhibitors at this year's show, and is a key player in the tough brick-and-mortar retail business.

The show floor was dominated by the Canon, Sony, Nikon, and Panasonic booths.  In addition to the smaller camera brands such as Fuji, Olympus, and Pentax, Sigma and Irix also had a clear presence, complemented by the usual booths for albums, books, and even some legal services. 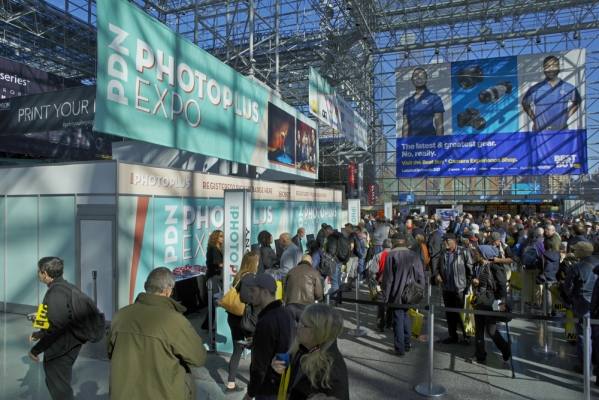 Speaking of the Pentax booth, it was about the same size as in prior years.  However, the branding got a makeover, with the booth now being divided into two clear halves.  The Pentax half focused exclusively on the K-mount and 645 systems, while the Ricoh half showcased the GR, Theta, and underlying technology. This layout strengthens the role of branding and makes products more accessible compared to the more chaotic booth we saw in 2017.

We had the opportunity to sit down with Jodi Palm, the Marketing Manager for Ricoh Imaging in the US.  She was able to answer some of our high-level questions about the direction in which Pentax and Ricoh products are headed. 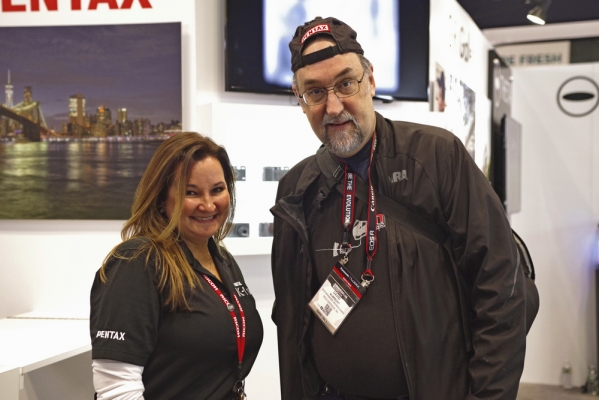 As our Photokina 2018 interview seemed to fail to quell user fears about the future of the Pentax APS-C flagship line, we were quick to pose some of the same questions again:

Q: As a growing number of users are becoming vocal about not wanting to compromise with the KP, is the high-end APS-C (i.e. K-3 II) product line one which will be continued?

A: This is being worked on. If you like the K-1 and some of its features, look for an APS-C offering in the not too distant future.

Q: Some long-term Pentax fans are interpreting the seemingly low number of Pentax announcements as an imminent end for the brand. Surely the success of the K-1 and Theta indicate otherwise. Could you help quell these fears?

A: The Pentax brand is certainly not going away! We are starting to invest more time and effort in marketing, events, social media, and more. Keep a look out for this.  (Editorial note: Pentax has never been about following the mainstream.  Pentax's product offering is a unique one and it continues to bring innovation, performance, and value alongside its competitors).

Q: The D FA* 50mm F1.4 is nothing short of an optical masterpiece. How did Pentax manage to pull this off, all while making the lens more affordable than many (inferior) competitors?

A: There is an interview with the Pentax engineers on this- definitely worth a read.

Q: Marketing a compact camera amid the fierce competition of smartphones must be a challenge. How does the upcoming Ricoh GR III address this challenge?

A: If you take a closer look at what the GR III will be offering, the differences become glaring: a much larger 24MP sensor with shake reduction will deliver a tremendous amount of dynamic range and overall versatility.

Q: Can you tell us anything about the upcoming 100th anniversary event? What kinds of things will be going on in the US?

A: This is in the planning stages, stay tuned for this one too!

We also talked about Pentax software, such as Image Sync and Image Transmitter.  While we couldn't get too much information on the technical site of things, it sounds like development is ongoing to ensure stability and a steady stream of new features. Jodi will follow up with us on information on the status of desktop software to handle Dynamic Pixel Shift (hand-held) RAW files, which is something many users have been asking about.

We couldn't get any comments on whether or not we'll see a Pentax or Ricoh mirrorless camera in the future, but for now, one thing seems certain— there is an unwavering commitment to all the current product lines which were on display.

Finally, there was a nice new brochure on Pentax lenses and accessories at the show— hot off the press! 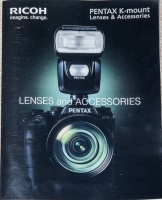 Be sure not to miss the many great Pentax deals which will be ending together with the show after this weekend.

Reporting and photos in this story courtesy of BigDave and subsea.