Ricoh Imaging is currently exhibiting its Pentax 645Z and Pentax K-1 DSLRs at the 2016 WPPI show (Mar. 7-9, booth #111) at the MGM Grand in Las Vegas, Nevada.  Since WPPI primarily attracts wedding, studio, and fashion photographers, these two professional-grade cameras were the sole focus of the exhibit. 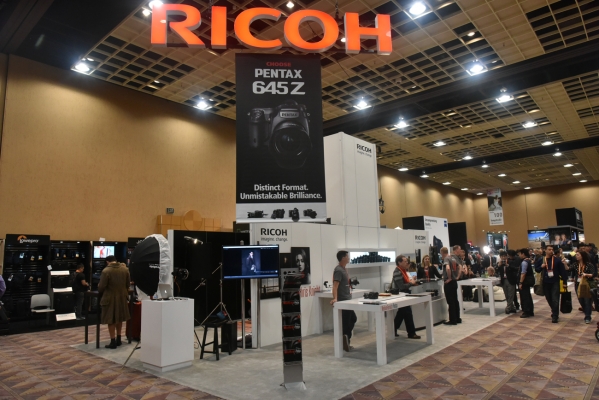 This year, visitors could experiment with both the 645Z and the K-1 at two dedicated studio setups fat either end of the booth.  Pentax Brand Ambassadors Joey Skibel and Chris Knight helped showcase the highlights of the two cameras.

Exhibitors carried the full lineup of 645 lenses in addition to all D FA, FA, and FA limited lenses for the K-1.

The Ricoh Theta and WG-M2 had a minor presence at the booth. 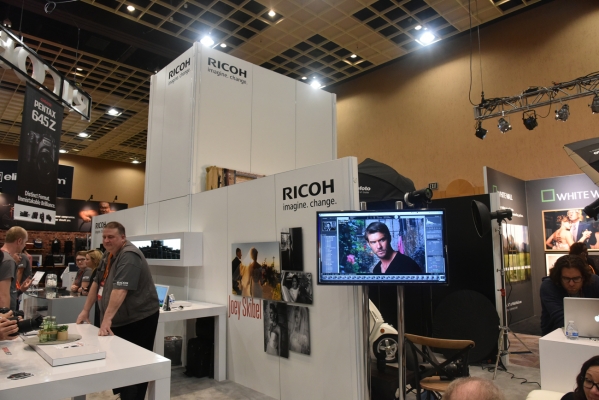 Ricoh representatives generously allowed us to test the Pentax K-1 overnight, so stay tuned for our hands-on impressions of the camera.

Additional photos follow.  The K-1-themed lens cloths immediately caught our eye, as did the prominent "Full Frame By Pentax" labeling throughout the right side of the booth.