Ricoh Imaging is currently exhibiting the latest in Pentax gear at the WPPI 2018 photography trade show in Las Vegas, Nevada.  The expo started on Monday and will last until the end of the day on Wednesday, February 28th.

This year's booth saw a stark redesign compared to what we saw during the past few years.  Most notably, the Ricoh branding is all but gone, replaced with the big classic red Pentax logos which dominated Pentax displays many years prior.  We suspect this is a part of Ricoh's shifting marketing strategy to better embody the Pentax name; a similar thing happened with Ricoh Imaging social media pages late last year.  We feel that this is a step in the right direction and will help make Pentax products more visible and more accessible to consumers.

The booth also appeared to attract a larger crowd than in the past several years, perhaps thanks to the updated look. 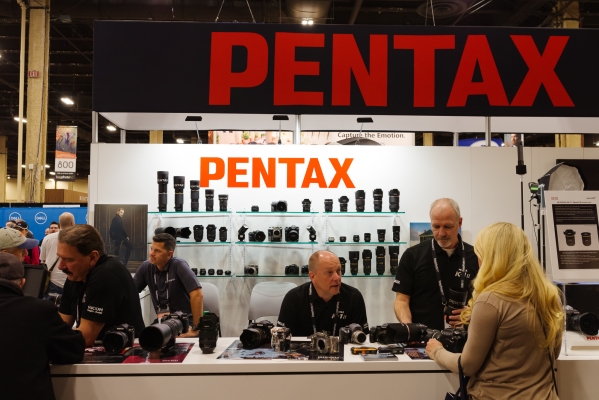 Gear on display at the Pentax both

The recently-announced Pentax K-1 II was available for handling at the booth, along with the not yet official but soon to be released D FA* 50mm F1.4 prime lens.

We talked about the new K-1 II's dynamic pixel shift resolution mode with Dan Savoie, and we were able to test it with the 50mm. Previously, the K-1 could use its pixel shift technology to increase the resolution and color accuracy of images (of still subjects) when shooting on a tripod.  The new system allows for hand-held shooting. It uses the mechanical shutter in-between shots (compared to the electronic shutter on standard pixel shift). In hand it feels like exposure bracketing hand-held with in-camera image alignment. It appeared to work well at the show, but of course we can't draw any final conclusions at this point. 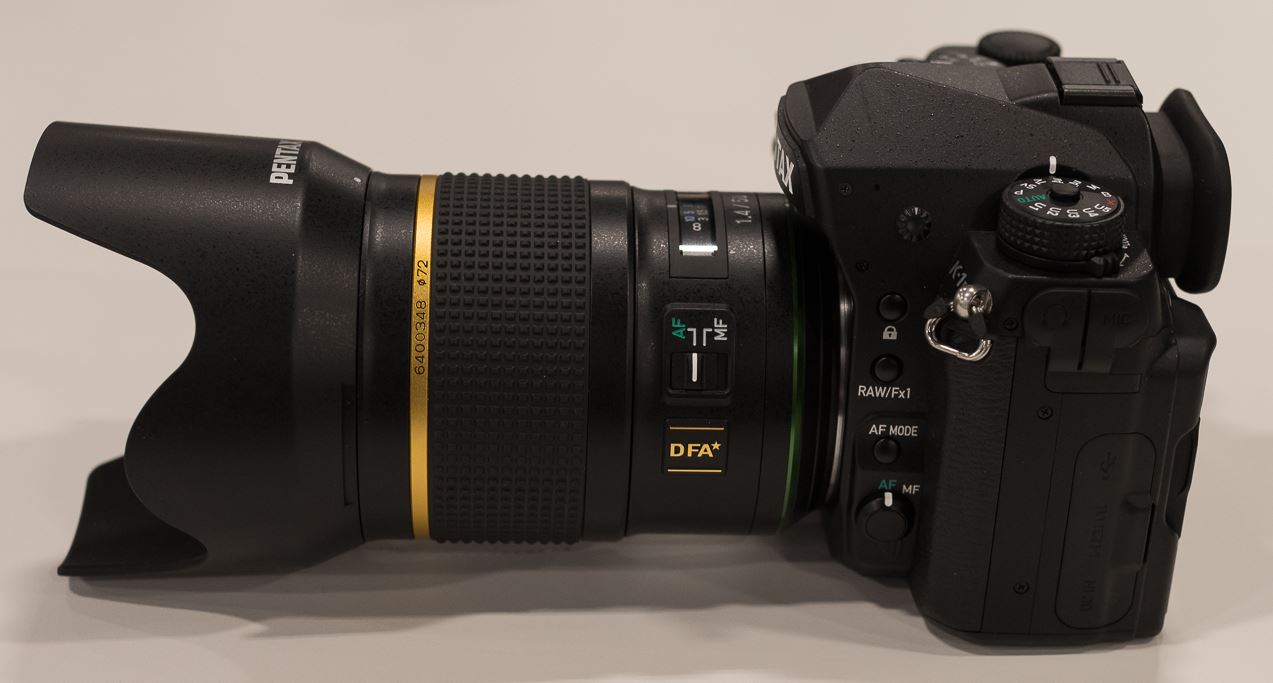 We also asked about the K-1 II's new autofocus algorithm.  We learned that it focuses on improving tracking performance (as opposed to single-point focusing speed), similar to what we saw in the transition from the K-3 to the K-3 II.

Stay tuned for more hands-on updates on this new tech from the CP+ show, which starts later this week in Japan.

Another new item on display was an updated version of the DA* 11-18mm F2.8 premium ultra-wide zoom for APS-C cameras, which is slated for release this summer.   We learned that it will feature a DC focusing motor along with the traditional KAF3 lens mount.  In addition, it has a manual focus clamp, as shown in the right photo above.

The show brings special deals on Pentax cameras for the rest of the week.  Don't miss out on substatntial savings on the KP,  K-1 II, and 645Z!

Click on any of the thumbnails below for more views of the booth and its various displays.

To summarize the latest news from the show:

Refer to our homepage articles for more details on each.

Stay tuned for more updates as we interview Pentax representatives at CP+ later this week!